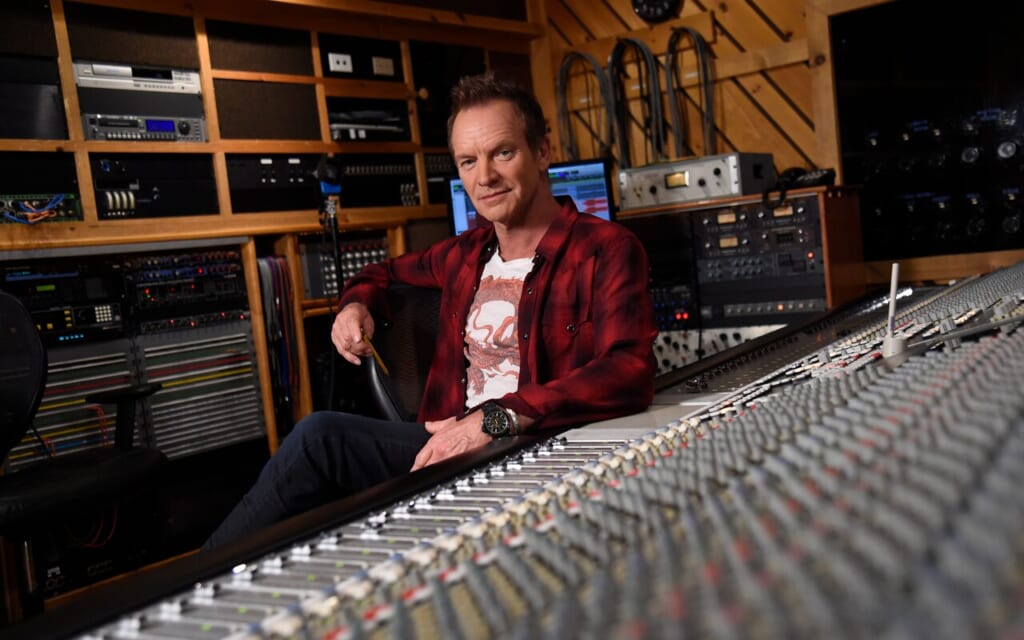 Long-lasting relationships in Hollywood are known to be rare, but they are possible nonetheless. Love looks good on musician Sting and wife Trudie Styler who have survived almost four decades together and are still going strong.

Sting became one of the world’s best-selling artists during his time with the Police, after embarking on a solo career he has sold over 100 million albums worldwide. While he may be the most well-known in the relationship, he is not the only one in his marriage with something to brag about.

RELATED: Elton John and David Furnish Prove the Secret to Surviving Marriage, Children and Life under a Microscope

Trudie Styler is just as accomplished as her husband. Apart from her career as an actress, producer, and director, Styler’s philanthropy is remarkable. She was appointed UNICEF’s ambassador in July 2004. Later, in 2015, Styler received the Danny Kaye Humanitarian Award, which represents the highest accolade a UNICEF ambassador can receive.

Sting and Styler’s relationship didn’t come without a pinch of scandal but the two have managed to create an enviable marriage while raising a family in the limelight.

How Sting and Trudie Styler Met

Sting, born Gordon Summer, met Styler in 1977 when they passed one another on the street in their shared neighborhood. What could have been a romantic encounter between two people turned into a media scandal years later.

At the time of their first meeting, Sting was already married to Irish actor Frances Tomelty and they had just welcomed the birth of their first child. Styler was not just the pair’s neighbor but also a close friend of Tomelty’s since they met during a production of Macbeth.

RELATED: Gisele Reveals the Secret to Her 15-Year Marriage to Tom Brady – And It Will Change How You View Him

Sting had just formed the band the Police and was focused on his singing career and newborn child. Sting, Tomelty, and Styler remained neighbors for years before the media got ahold of the affair.

It’s not known exactly when Sting and Styler began to see one another romantically. Neither are proud of the situation and remain quiet on the exact details for the benefit of everyone involved.

The duo says they both fell in love the very instant they met. Sting described Styler in his 2004 biography as a “damaged angel”.

By 1983, Styler was pregnant and had joined Sting’s band on the road during a world tour. According to Styler, it was “the least ideal situation you can imagine”, and she wasn’t lying. The Police frontman was still married to Tomelty and allegations were swirling of a relationship with another man.

Styler told The Guardian, “Neither of us are proud of a situation that happened — it just happened. We loved each other and we lived together and then we got married and we had more kids. And that’s our life story.”

In 1984, Styler gave birth to their first daughter, Bridgette Michael and that same year Sting officially divorced Tomelty. The couple later welcomed three more children into their lives, Jake, Eliot (Coco), and Giacomo. While Sting says that it wasn’t his goal to have a big family, he describes his children as the “happiest accidents” of his life.

“I never intended to be a dad, I became a dad by accident six times — that’s how smart I am. Yet they were the happiest accidents of my life because they’re remarkable human beings.”

When Did Sting and Trudie Styler Get Married?

The couple stayed in a relationship for 10 years before tying the knot in 1992. Sting and Trudie Styler had a rock and roll, star-studded iconic wedding in Wiltshire and are now close to celebrating 30 years of marriage.

RELATED: Nicolas Cage’s Confession about Being Married Five Times Will Give You Hope

Sting told People, “We love each other — which is a given! — but we also like each other  — and that’s an important distinction there. Love is passion and all of that stuff, but actually liking somebody and enjoying someone’s company is something slightly different, and it lasts longer. So you can have both, and I think that’s important. Be married to your best friend.”

How Trudie’s ADHD Affects Their Relationship

Styler has been outspoken about both her dyslexia and ADHD challenges from childhood to adulthood. She struggled as a child before a diagnosis and was labeled ‘backwards’ (British slang for any cognitive impairment) by school officials and teachers.

Statistically speaking, the divorce rate for people with ADHD is nearly double those who don’t struggle with it.

RELATED: What Is ADHD? Everything You Need To Know

In an interview for Child Mind Institute, Styler admitted that things are sometimes challenging. She joked that Sting is a very organized person and she is quite the opposite. She also made light of the situation, “After 30 years I guess he’s just used to the wreckage. Maybe that’s why he goes on tour.”

Styler continues to work on herself through yoga, meditation, and advocacy.

While Sting and Styler’s relationship was initially frot with scandal and shame, the couple now lives a happy and fulfilling married life. The way a relationship unfolds may not be the romantic love story we want but can turn into the happily ever after we dream about.

RELATED: Michael J. Fox Reveals the Key to a Long-Lasting Marriage – And It’s A Lesson For Every Relationship

The power couple is proof that you don’t have to repeat the patterns of the past and there is always room for improvement. Both now pride themselves on having great communication skills – a skill that Sting says he didn’t possess in the past. Talking about how they feel helps maintain a healthy relationship. Equally important is the strong friendship and trust that they have built over the years.

“We treat every day as it comes. Relationships aren’t easy, and I don’t think they’re particularly natural, but we’re lucky because we actually like each other. […] But Trudie lights my world up when she comes into a room. I don’t take her for granted.”

Looking for love? 44% U.S. adults use dating apps to find long-term partners: study
The Rise of RockyNoHands | The Gamer Who Can Beat You At FortNite With His Mouth | #goalcast
Podcast: What to know about “novelty hunting.”
He Was Fatally Beaten by Memphis Police — Now People Around the World Are Sharing #SunsetsForTyre in His Honor
‘It was my heart’: Women with heart disease face barriers to care in Canada, report says