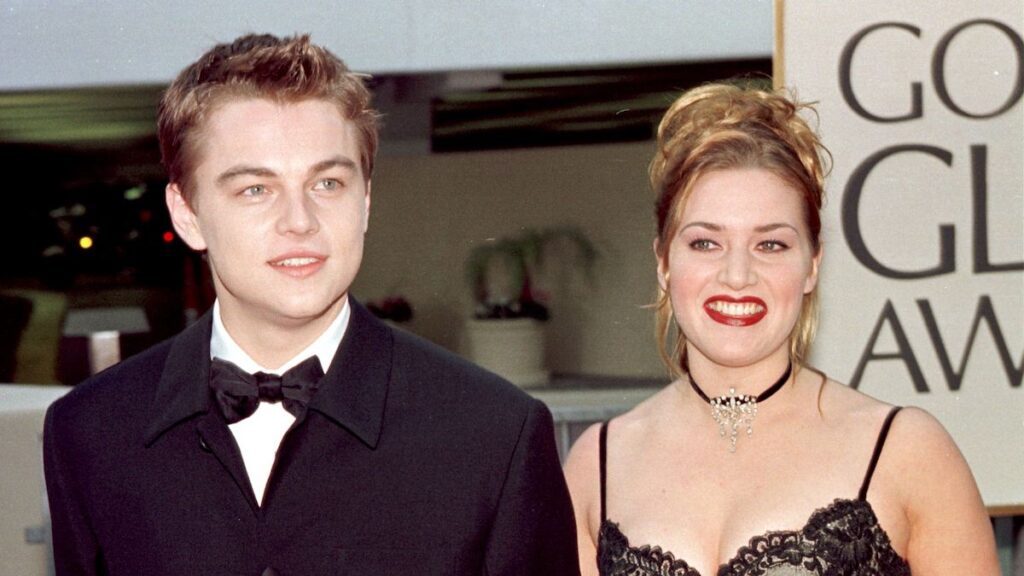 Leonardo DiCaprio and Kate Winslet’s friendship is one for the history books.

Over the last twenty-five years, they’ve demonstrated time and again why it’s valuable to forge and maintain platonic relationships in your life. Romances will come and go, as they have for both Kate and Leonardo, but your friend never leaves your side. They’ll be a shoulder to cry on when you’re down, root for you when you’re up, and deliver integral encouragement every step of the way. Best of all, they’ll do these without expecting anything romantic in return.

What’s astounding about Leo and Kate’s strong rapport is that it didn’t take years to develop; they felt a kinship to each other right away and didn’t let anything get in their way.  At the same time, the reason why they’ve flourished also has to do with their respective personalities and how they’ve never been afraid to be honest with each other, even if it threatened their tight bond. Case in point: Leo’s incisive, blunt comment about Kate’s body when she was at her most insecure.

So what was Leo’s comment that ended up transforming Kate Winslet’s life, and how did it impact their relationship?

Kate Winslet doesn’t seem like the kind of woman who’d have anxieties about her body, but it wasn’t always like this.

When Kate was a 20-year-old on the set of Titanic, she, like any other ingénue, held specific assumptions about the entertainment industry and how it preferred its women. In her view, you had to look thin to capture everyone’s interest; that’s how beauty was defined and objectified in the nineties as far as anyone was concerned, and nobody did anything to buck the trend. If they did, they would be effectively exiled from the industry, never to be seen or heard from again.

The English actress was on the verge of a breakthrough and felt the weight of the world on her shoulders. If she failed to come across as sufficiently attractive, the movie could have tanked, and she would have been compromised as the scapegoat, the one who supposedly let the project down and flouted society’s age-old beauty practices.  There go her promising future, her lofty dreams, her aspirations about being a venerated actress – it would end calamitously.

Thankfully, Kate’s co-star came through in the nick of time with a comment so powerful and profound it reshaped her entire perspective. Leonardo took note of his leading actress’s self-doubt and took her aside to impart some crucial advice. Kate said he told her, ‘You know it’s really important that you are the shape that you are,’” Kate’s first response was of confusion, so she asked him to clarify. He obliged and said that the industry is already packed with young women who think they must conform to rigid physical demands to feel respected and successful. They see those stringent requirements as their gateway to feeling beautiful and “loved.”

Being thin wasn’t just a choice; it was presented as the only choice.

It was kind of a really out of the blue conversation that we had in the middle of shooting. He said ‘Because there’s so many skinny girls out there who think that to be successful and to be beautiful and therefore to be loved and respected, it means you have to be thin.’

If Kate wanted to leave a lasting impact, she would have to be as authentic as possible and get comfortable in her own skin. It would mean embracing her curves and showcasing her physique with pride and elegance. It would mean to keep her insecurities at bay and focus on her craft with as little distraction as possible. It would mean to think of herself as a role model for self-acceptance and confidence. Well, Leo advised, and Kate delivered. Titanic was an unprecedented cultural phenomenon in every sense of the phrase. Its success was due in no small part to Kate Winslet’s captivating performance, which oozed with gravitas, thoughtfulness, and sex appeal at every turn.

Why it helped Kate hold her head high

As it turned out, Leo was undoubtedly correct in empowering Kate to stick to her shape, no matter the consequences. “It was kind of a really out-of-the-blue conversation that we had in the middle of shooting,” said Kate about the exchange. But once she realized the importance of sending a positive message to young women, she stopped worrying. “I thought, ‘He’s really right actually.’ And that in some way this image is being translated to teenage girls,” she recalled in The Oprah Winfrey Show.

This might be a fairly pedestrian sentiment to broadcast today, but back in the 90s, conversations around body positivity and everything it encompassed was still rare. The ethos of the decade was still centered around absolute thinness and its direct association with sexuality; if you were a little too busty or chubby, you couldn’t be deemed attractive, period. Kate’s work in Titanic did a lot to move the needle on the issue, and it laid the groundwork for broader acceptance for women’s bodies. Consequently, Leonardo DiCaprio’s insistence that Kate keeps her “shape” in the film was also groundbreaking in that it wasn’t a garden-variety opinion at the time. Men were the biggest perpetrators in setting up these harsh demands in the first place; you would have to go against the grain to share anything to the contrary.

Ultimately, his note basically revolutionized Kate’s viewpoint. She realized if she could be herself in Titanic, not “skinny,” and become an Oscar-nominated actress at twenty-one, she must have done something right. “I thought, ‘I’m just gonna hold my head high, and I’m just going to be the person I am,” she said.

Yes. In my 20s, people would talk about my weight a lot. And I would be called to comment on my physical self. Well, then I got this label of being ballsy and outspoken. No, I was just defending myself.

Kate Winslet to The Guardian

It’s natural, if not intuitive, to start with low esteem. Very few among us have been raised to appreciate ourselves and our physical attributes; most are conditioned to doubt themselves and compare themselves to others. That’s how we’re told the ‘real world’ works, so we believe in the myth and think of ourselves as ugly ducklings who will constantly be inferior to everyone else. No matter what you do, you’ll feel like you can never measure up.

The good news is that our insecurities live and die inside our heads. They have no merit in the outside world. Everybody is struggling to come to terms with themselves, and therefore, they don’t have a leg to stand on and judge you. Your beauty is unrivaled, unique, and immensely deep; you might think it’s nothing at all, but to someone else, it is everything they aspire to. Just like how Leonardo DiCaprio became Kate’s guide in terms of standing tall and believing in oneself, there’s someone out there who worships your dimensions, who thinks of you as the most beautiful person in the world, and will do anything to make you realize so.  Don’t underestimate your beauty – it’s far more special than you’ve been led to believe.

Mexico’s richest man lists $80M NYC mansion and it could break records
It Takes One Person To Make You Feel Like You Matter | Kyle Scheele Inspirational Speech | Goalcast
I Have 2 Questions For You (Motivational Video) Fearless Motivation
Waitress Soothes “Fussy and Teething” Baby So Mother Can Finish Her Meal
Podcast: What to know about “novelty hunting.”