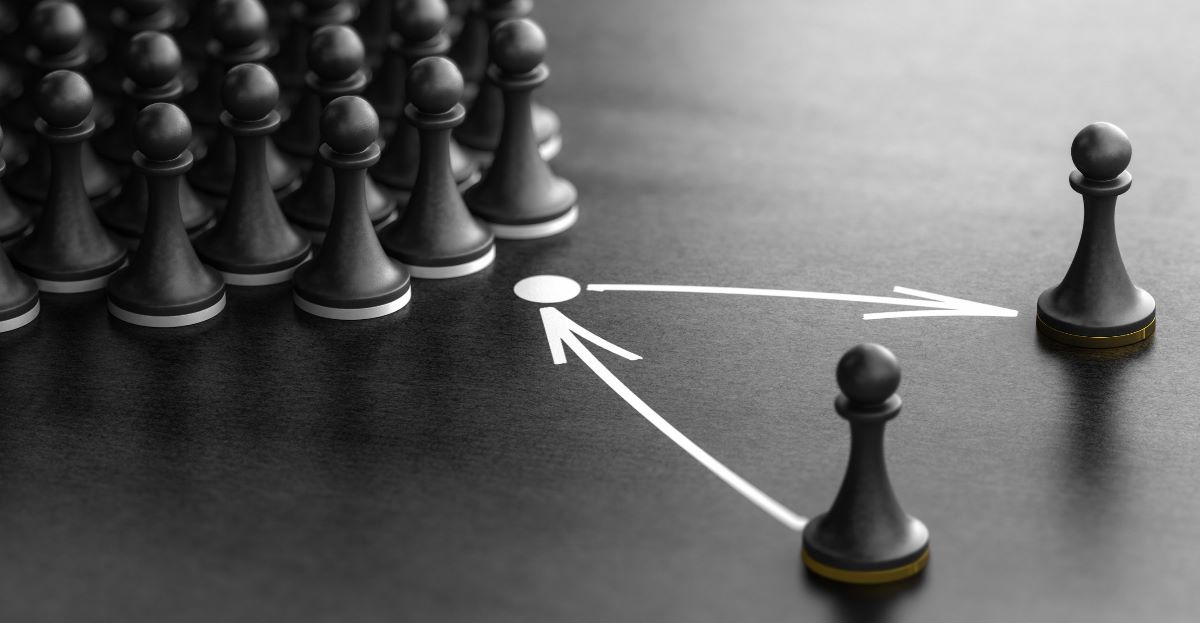 Succession planning / management has long been a high priority at many organizations. But for some, there is now real urgency due to a range of recent changes to the leadership and critical talent landscape: the increasingly competitive market driven in part by flexible/hybrid/remote work, a jump in early retirements, the Great Resignation / Reshuffling, and more.

Several HR leaders from Institute for Corporate Productivity (i4cp) member organizations recently asked questions about succession planning / management best and *next practices in the i4cp Expert Network, a secure discussion board on the i4cp website that is one of the many benefits of enterprise membership.

These queries generated both direct responses and clear interest in further discussion, so i4cp held a members-only flash call in which several dozen talent leaders came together and discussed their various challenges and approaches. It was clear that several of the best and next practices highlighted in i4cp’s 2020 Next Practices in Succession Management study are front and center on the agendas of these organizations.

Shifting from 1:1 plans to talent pools

A next practice discovered by the i4cp study on succession management found that 2X as many high-performance organizations are emphasizing building succession talent pools as opposed to focusing on a single successor for each position or critical role. This approach might soon become a more common best practice, as several participants on the call indicated this was a change their organizations made recently or are planning to make in 2022.

One participant from a major retail organization indicated that while the organization has robust, traditional succession planning for the very highest-level positions, they have moved away from that approach and towards talent pools for other critical roles. They noticed a false sense of pipeline security—and a false indication of diversity, as often one individual was cited as the successor for many positions. The focus now is on skills, experiences, and development for the relevant individuals. This drives discussion of who is ready for different types of roles and has unlocked more discussion between leaders of the talent on their teams.

Another call participant, also representing a major retailer, noted that their organization is implementing an AI (artificial intelligence) application to better enable their succession capabilities. Using this platform, HR leaders can input criteria—ability to move across country, having certain skills and experiences, etc.—and the platform will provide a list of candidates that match. Such technologies can leverage several datasets, including internal employees’ profiles (e.g., from your learning management system—LMS), candidates in your application tracking system (ATS) who you didn’t hire, or completely externally, e.g., from LinkedIn profiles.

Another next practice unearthed in i4cp’s study was that high-performance organizations are taking a more future-focused approach with job descriptions consistently modified to align with future expectations for each role. One participant in the discussion from a telecommunications giant noted that they are focusing on creating succession plans that are both more future-focused and organization structure-agnostic. Doing so will increase agility in preparing successors as the business shifts and they reorganize or restructure jobs.

A participant from a major software and technology company said that because of the rate of growth the organization continues to experience, they are holding quarterly calls amongst leaders that explicitly take a future-focused and talent pools approach to succession. This includes a regular reevaluation of what skills and roles the business will need going forward. Direct back-fills are increasingly rare, with roles more often being reconfigured to enable better fit and stronger growth for the successor.

Diversity and equity in succession

i4cp’s research found that high-performance organizations more often set goals for succession pools that reflect a desired proportion of diverse candidates. They track the diversity of candidates, their development, and those selected as successors; and include diversity in succession as part of the performance management process.

Participants on the call were aligned with these findings, but one HR leader added the insight that taking a talent pool approach has helped her organization spawn more conversations about skills and development, and in many cases, this has turned into increases in sponsorship, visibility, etc., for their diverse employees.

Like all aspects of the work human resources professionals do, succession planning is not immune from bias. Members on the call noted the importance of conducting regular audits of their succession management processes and practices, something i4cp supports them with by providing a succession planning bias audit checklist.

The issue with “years”

The use of years as a factor in succession management can be problematic in two ways. Clearly focusing on tenure alone is not well correlated to whether someone is ready to take on new challenges. But some participants in the discussion added that they are also moving away from saying that someone is one, two, or three years away from being “ready” for a promotion. People clearly learn, gain skills, etc., at different rates; with the right experiences or training, one person could become ready quickly whereas someone else could stagnate for a decade or more.

As a result, several participants on the call noted that their organizations are moving away from rating people as being ready in X number of years and are instead focusing on having real development discussions, including the experiences needed, as part of a talent pools-centric approach. A good i4cp case study that includes this approach is How Ball Corporation Transformed its Succession Management Process.

Additional key findings of i4cp’s research are that high-performance organizations more often increase transparency by making all job openings visible to all employees, making clear the skills/competencies required, and allowing employees to self-nominate. Participants in the discussion agreed that more transparency is generally a good thing, but that implementing it can be tricky. One HR leader said that their organization strives for a balance between transparency and opaqueness in part to not over-promise opportunities to people that might not come about. Another noted that it seems that better development planning won’t come about without more transparency of the process, but that this will require some culture renovation to work well.

A participant from a third major retailer on the call said that they conduct “interviews before needs” which identify development gaps and allow them to proactively provide opportunities ahead of a succession need. He also noted that once a quarter, leaders conduct a talent review to identify high-potential, at-risk talent. These individuals are then put into a cohort and given a growth project to work on together for 13 weeks. The result of collaborating with their peers in this way has been a reduction in turnover of these at-risk, high-potential employees.

Interested i4cp members can learn more by viewing the recording of the flash call, and by reviewing the many resources from i4cp’s Next Practices in Succession Management study, including infographics, articles, checklists, and more.

*  i4cp defines a next practice as one that is highly correlated to market performance, but relatively few companies have implemented the practice.

Tom Stone is a Senior Research Analyst at i4cp.

The Exhausted Extrovert: How I Stopped Worrying About How People See Me
Matthew McConaughey’s Life Advice Will Change Your Future (MUST WATCH) Motivational Speech 2018
‘She’s a wealth of knowledge’: Nova Scotia ‘Coupon Nannie’ offsets inflation
Emotionally Imbalanced? How Qijong Can Help You Heal Your Mind and Body
Tony Robbins Life Advice Will Leave You Speechless (MUST WATCH)