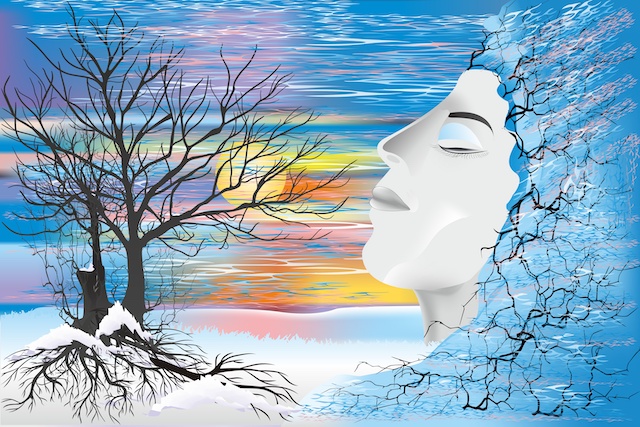 “Once you choose hope, anything is possible.” ~Christopher Reeve

When I was a child, I wanted to save the world. My mom found me crying in my bedroom one day. She asked what was wrong, and I said, “I haven’t done anything yet!” I couldn’t wait to grow up so I could try to make a difference.

At fourteen, I joined a youth group that supported adults with disabilities. We hosted dances and ran a buddy program. I helped with projects at state institutions and left saddened by the conditions for the residents. I planned to work at a state institution.

As a senior in high school, I was voted most likely to succeed. It was unexpected, like so many things in my life. I hoped to find meaningful work that helped others.

My first year at Ohio State, I fell head over heels in love and married the boy next door. A month after my wedding, newly nineteen, I started my first full-time job as manager of a group home for men with developmental disabilities. I never finished college.

At twenty-three, I was officially diagnosed with depression after my first baby, but the doctor didn’t tell me. I read the diagnosis in my medical record a few years later. I grew up in the sixties with negative stereotypes of mental illness. I didn’t understand it, and I thought depression meant being weak and ungrateful. I loved being a new mom, and I wanted the doctor to be wrong.

I was a stay-at-home mom with three young children at the time of my ten-year high school reunion. The event booklet included bios. For mine, I wrote something a bit defensive about the value of being a mom since I didn’t feel successful in any traditional way.

At thirty, I experienced daily headaches for the first time. I tried natural cures and refused all medication, even over-the-counter ones, while the headaches progressed to a constant mild level. I kept up with three busy kids, taught literacy to residents with multiple disabilities at a state institution, and barreled on. I thought I understood challenges.

At forty, I went to a pain clinic at Ohio State and received another depression diagnosis. This time it made sense. The diagnosis still made me feel vaguely ashamed, weak. Still, I rationalized it away.

Which came first, the depression or the headache? Maybe it was the headache’s fault. Anti-depressants were diagnosed for the first time, which managed my depression. Until…

When I was forty-two, I fell asleep at the wheel with my youngest daughter Beth in the passenger seat. She sustained a spinal cord injury that left her paralyzed from the chest down. I quit my job at the institution to be her round-the-clock caregiver.

Beth was only fourteen when she was injured. However, she carried me forward, since between the two of us, she was the emotionally stable one. She focused on regaining her independence, despite her quadriplegia. I let her make the decisions about her care and her future. Sometimes we need someone strong to lead the way.

Every day, every hour, every minute of our new life felt impossibly uncertain. New guilt and anxiety merged with my old issues of chronic pain and depression. Increased doses of my anti-depressants did not prevent me from spiraling down. There was no light at the end of the tunnel. No hope of light.

I put a tight lid on my feelings, which was a challenge by itself. I didn’t want to give the people I loved more to worry about. I also felt that if I gave in to my emotions, I wouldn’t be able to function. And I desperately needed to help Beth. That’s what mattered the most.

I started counseling several months after the car accident. At the first session, I thought I would find a little peace, with more ahead. It wasn’t that simple. I felt like a failure, and thought I failed at counseling, too, since I didn’t improve for some time. I should have reached out for help right after Beth’s injury.

Weekly counseling helped me, along with my husband always being there for me. However, Beth was the one who showed me how to choose hope. I watched her succeed after failing again and again, over and over, on her quest to be independent.

Beth and I shared unexpected adventures, from our small town in Ohio to Harvard and around the world. She has had the most exciting life of anyone I know. She’s also the happiest person I know because she finds joy in ordinary life, and that’s the best kind of success.

Since I was voted most likely to succeed in 1976, I learned that success encompasses so much more than I originally thought. Things like being married for forty-five years to my best friend. Raising three great kids. Working meaningful jobs and helping others. Volunteering and mentoring. And learning meditation to better cope with chronic pain.

Today, my depression is mostly managed with prescriptions, which also feels like a kind of success. I’m no longer ashamed of my depression. It’s part of who I am, and I know for a fact that I’m not weak or ungrateful. There’s light at the end of the tunnel, a bright light.

Hope is an incredibly powerful thing. And if you never give up? Hope wins.

Cindy Kolbe has been a lifelong disability advocate, even before her daughter’s spinal cord injury. Cindy directed a nonprofit and managed group homes. She lives near Boston with her husband of 45 years. The second edition of her memoir launched in December of 2022, titled, Just Keep Swimming: a crash, a quest, and waves of hope. The book shares incredible adventures, from a small town in Ohio to Harvard and around the world! facebook.com/justkeepswimmingbook  www.cindykolbe.com #hopewins

All the Things I Didn’t Tell the Men I Dated Because I Was Afraid
Mexico’s richest man lists $80M NYC mansion and it could break records
Podcast: What to know about “novelty hunting.”
Monica Lewinsky’s Overwhelmingly Kind Look at the World 25 Years Later
Watch the Breathtaking Moment a Family Finds Their Missing Son Lost at Sea as Part of Viral Rescue Mission