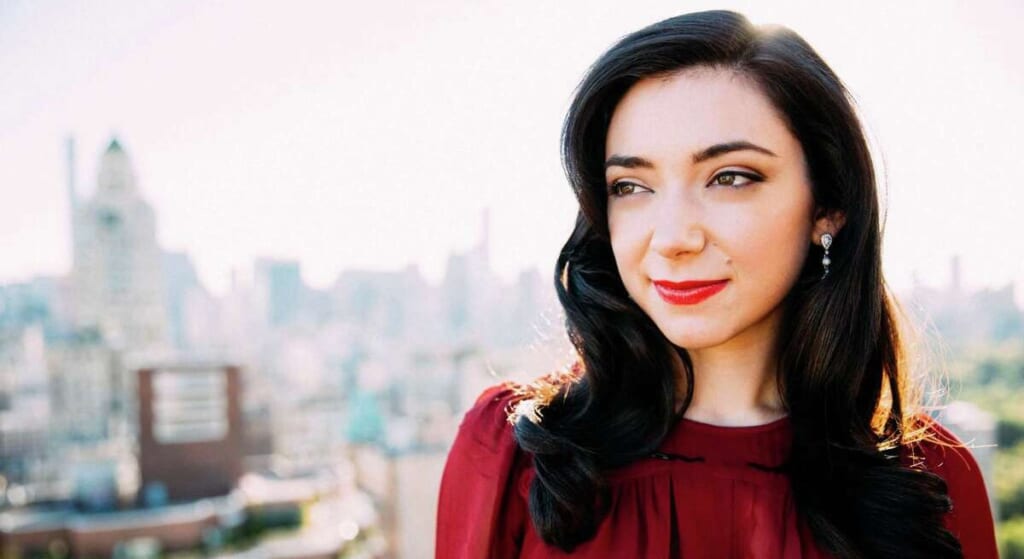 Broadway performer Julie Benko burst through all the backstage drama involving Beanie Feldstein and her gossip-ridden departure from Funny Girl and actress Lea Michele’s “targeting” the role of Fanny Brice for herself, and taken on the role and won over audiences and critics alike.

RELATED: The Way Selena Gomez Avoids Justin and Hailey Bieber Drama Is a Lesson to Us All

Benko began her run as Fanny on Tuesday, August 2, only a few days after Beanie Feldstein departed the show on July 31, nearly two months earlier than the date she had first announced she would leave the show. Weeks prior, Feldstein had stated that she would be departing the show in late September, four months into what was reportedly a year-long contract.

But even prior to Feldstein’s moving on from the musical, Julie Benko, as her standby, had performed the lead role a number of times when Feldstein dealt with medical issues including a COVID diagnosis and tonsillitis. Benko’s stepping in on August 2 will fill the four-week period of shows between Feldstein’s departure and Lea Michele joining the cast in the title role on September 6. From that point onward, Benko is contracted to serve as Lea’s standby while also continuing to perform as Fanny once a week in what appears to be a promotion from simply being a standby.

RELATED: ‘Forgiveness Is Not Pretty’: Viola Davis Revealed What Almost Killed Her – And How Fighting Kept Her Alive

For her part, Benko is thrilled with the reception she’s received as Fanny over the past month.

“The audience has been incredibly welcoming of me and supportive,” Benko said in an interview with Today. “They’ve embraced me and embraced my story, which has been really cool. I think people really love the meta-theatricality of it all: A star is born. Fanny Brice is this unknown, and then they come to the theater to support this person who’s been working her way up as an unknown for so much of her career.”

Julie Benko Brought Her Own Interpretation to the Role

Funny Girl holds a unique place in the history of Broadway musicals. The role of Fanny Brice has long been considered a Holy Grail of sorts ever since the legendary Barbra Streisand created the role back in the mid-Sixties and began her rise to superstardom. Funny Girl has never been revived on Broadway since then. Over the years, there have been murmurings that such performers Eydie Gormé, Mary Martin, Carol Burnett, pop singer Taylor Dane and, most recently, actress Lauren Ambrose, would take on the role, but nothing ever materialized.

Feldstein was the first to star in a Funny Girl Broadway revival—and her brief run in the play was NOT particularly well-received, even as her standby Julie Benko received positive notices when ever she took the stage.

A talented, energetic on the New York theater scene who has worked as an understudy for Broadway-level production since she was 19, Benko, now 33, has previously served as an understudy and swing in Broadway revivals of Fiddler on the Roof and Les Misérables, and then as a standby for Feldstein since Funny Girl’s opening night in April, 2022.

(The difference between a standby and an understudy is that an understudy performs nightly in the show in a smaller role or as a part of the ensemble, while a standby’s sole purpose to go on as the lead role, if necessary.)

Julie Benko Researched the Life of the Real Fanny Brice

Last year, after she secured the job of being Feldstein’s standby, Benko reportedly became interested in learning more about the life and mannerisms of the real Fanny Brice more so than those of Barbra Streisand in her interpretation of the role all those decades ago. (Benko has said she had never seen the 1968 film version of Funny Girl with Streisand until after she got a callback for the standby gig.) Benko took on the research by reading biographies of Fanny Brice as well as excerpts from her diaries.

RELATED: Jameela Jamil’s Fight Against Toxicity In The Media Has Come Full Circle

She also searched online and worked with the New York Public Library for the Performing Arts to track down and watching archival footage of Brice doing her trademark silly dances and facial expressions from her days in the Ziegfeld Follies in the 1910s and ‘20s.

“I have been really excited to explore my own version [of Fanny]. I’m able to play and explore the role night to night,” Benkosaid. “You’re just in your body and you get to make choices with a bit more ease, because you know you’re going to get a chance to do it again…You can’t do an imitation, whether of Barbra or Beanie.”

With the arrival of Lea Michele next week, Benko will have to keep a keen eye on the musical’s new star so that she can note any changes to the show’s blocking and dialogue. Interestingly, Benko’s billing will also change from “standby” to “alternate,” a professional acknowledgement of her scheduled weekly star turn.

As for all the gossip, rumors and anonymous backstage production leaks that swirled around the Broadway community and media during the “Beanie Feldstein Era,” Benko will hear nothing of it.

“Those have not matched my experience at all—whenever one of those things came out, if I read them, I would get very upset, because I found they were full of lies,” she said. “My experience at the theater was everyone begin very professional, doing their job, and being grateful to be doing the show.”

Benko also added that Beanie Feldstein is “a wonderful person” and that they have a “lovely friendship.”

RELATED: Geena Davis’ Hollywood Career Was Cut Short By Inequality – Here’s What She Did To Fight Back

Julie Benko’s story is the kind of Broadway tale that they make Broadway musicals about:  An earnest and hardworking performer finds herself employed as an understudy, swing or standby in a show–her poise and confidence and, of course, talent really came through during a very catty and seemingly difficult couple of months. Then the lead performer has an emergency prior to the show or leaves without notice or something happens mid-performances, and the standby has to step in and take on the role…

And then she becomes a star!

Beanie Feldstein’s Powerful Response After Being Fired from Funny Girl

The Rise of RockyNoHands | The Gamer Who Can Beat You At FortNite With His Mouth | #goalcast
Podcast: What to know about “novelty hunting.”
The two kinds of productivity advice
The Choice We All Have , But Only a Few Apply It | Joe Dispenza
Four Priorities for Talent Acquisition Leaders in 2023 (i4cp login required)