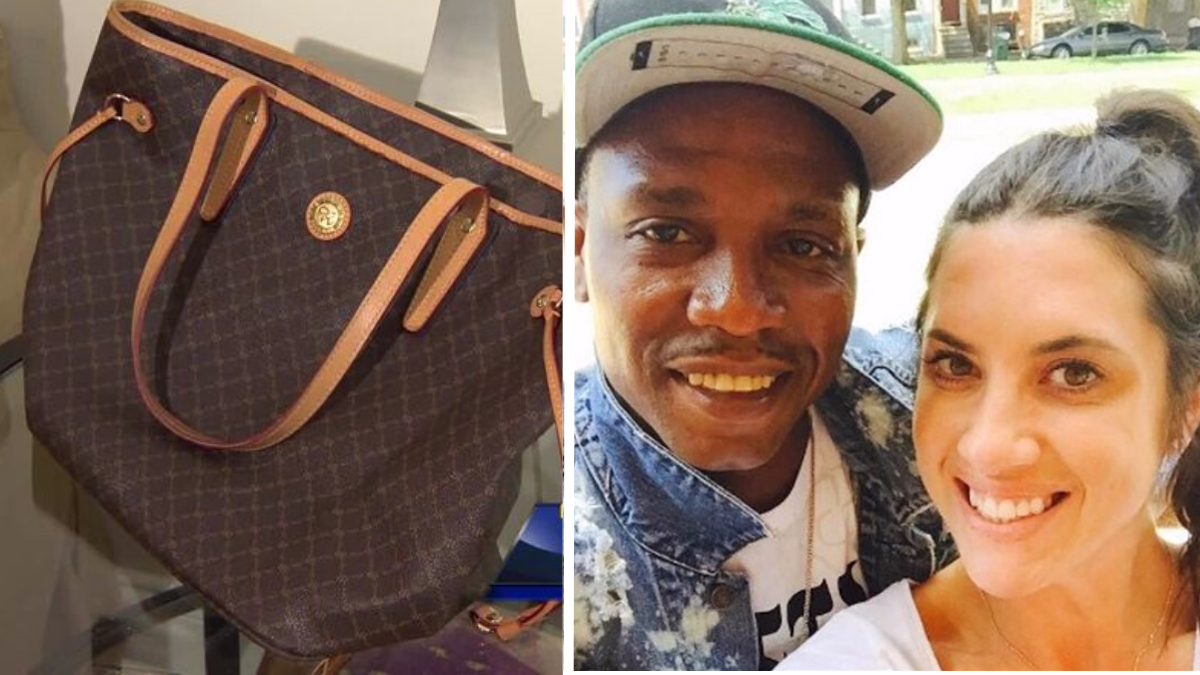 Baltimore’s Aeric McCoy got into a car accident and suffered injuries that forced him to leave his job as a landscaper. After being prescribed painkillers, he got hooked and tumbled into a life of addiction.

But then everything changed when he found a fancy purse in an alley.

The purse belonged to a woman named Kaitlyn Smith and appeared to have been tossed after being stolen.

Inside the purse, McCoy found utility bills, a wallet, receipts, and notes with the name ‘Kaitlyn’. Having been recently robbed himself, he decided to travel across the city to return the purse.

She helped him go to rehab

Using the address on utility bills found in Smith’s purse, McCoy went to her neighborhood to give it to her.

“My roommate and I were walking down our street to a friend’s surprise party when I saw a man in a tattered, dirty white t-shirt and jeans hustling toward us, head down… carrying my purse!” Smith said in a GoFundMe page.

I offered the man money to buy it, which he politely declined and insisted he had to return it to a lady named Kaitlyn, who lived up the street. I told him I was that lady, and he melted down, exhausted, saying he found it in an alley near Upton Market.

Smith thanked McCoy for his gesture and offered him a flashlight, a backpack, some clothes, a sleeping bag, and a ride home.

In the car ride, McCoy talked about his addiction and how he wants to get over it. Smith had a blunt response.

“If you’re serious about going to rehab and if I hear from you this weekend I’ll help you,” she recalled saying in an interview with WBAL-TV.

“Several days later, on a borrowed phone, he called to say he had contacted the rehab facility in Florida and they had a space for him if he could get there,” Smith explained on the GoFundMe page. “I called the facility to verify what Aeric told me and intake confirmed that they were prepared to pick him up from the airport and begin treatment if Aeric could get there.”

He had the will to recover

Thanks to Smith, McCoy managed to go to rehab and stay clean. She also launched the crowdfunding campaign to help him get back on his feet, and strangers donated $16,000.

Smith says McCoy is “an incredible guy” and she hopes people learn from his example.

I’m hoping that more people will see that you can get the help you need and turn your life around.

Addiction is an illness like cancer, but society doesn’t treat it that way. People like McCoy get hooked on prescription drugs and it ruins their life while we sit and watch.

But instead of demonizing these people and leaving them to fend for themselves, we need to extend a helping hand- as Smith did. Her kindness shows how, with some help, it’s possible to bounce back.

One small gesture can have a lasting impact in someone’s life.