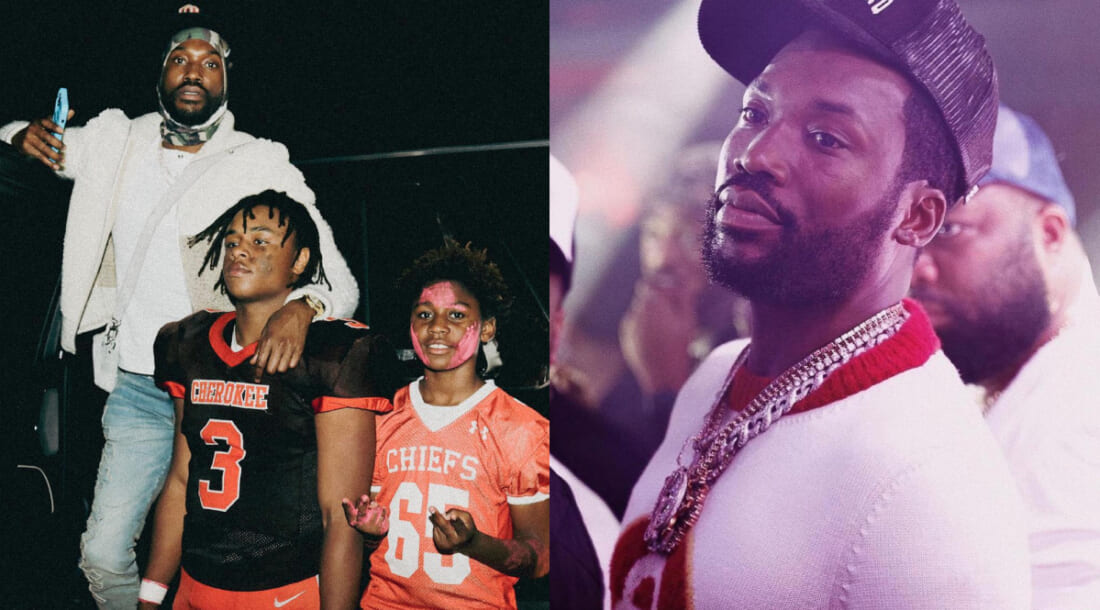 A famous rapper has dedicated his life to fighting for prison reform after overcoming his own mortifying ordeal with the US criminal justice system.

His name is Meek Mill and his foundation, the REFORM Alliance, is making strides on its mission to overhaul the system, especially by helping minors.

How Meek Mill Became An Advocate of Criminal Justice Reform

Mill, whos real name is Robert Rihmeek Williams, was imprisoned at 19 years old for violating his probation from a gun charge, in 2008.

In 2017, Mill was sentenced to two-to-four years in prison and had his probation extended by more than 10 years by Judge Genece Brinkley for violating his probation.

His violation? Riding a dirt bike in New York while filming a music video.

RELATED: Just Weeks Before His Tragic Death, Kobe Bryant Demonstrates He’s a Real Life Hero at the Scene of a Car Accident

Mill maintained his innocence on all charges. “I’m human. I’m not perfect,” he said in 2017. “You gave me the ladder to do what I have to do to prevail in my struggle. I made it this far, I can’t really go back and start over,” Meek Mill said at the time.

The judge was not moved and sentenced him anyway. After being imprisoned, the public, fans, and celebrities began to protest and brought awareness to the case and for the need of criminal justice reform.

Mill was eventually released from prison in 2018. And the following year, he partnered with music mogul Jay-Z, New England Patriots owner Robert Kraft, Philadelphia 76ers co-owner Michael Rubin, along with other high-end investors to start the REFORM Alliance.

After being taken off probation in 2019, the rapper spoke to supporters and protesters outside a Philadelphia courtroom and made a stance to help others who experienced similar unjust trials as he did.

RELATED: Rapper Nelly Sees a Disabled Fan at NASCAR Race – Gives the Kid the Jacket off His Back

“Meek free! I’m not on probation no more,” Meek said to a crowd that erupted into cheering outside of the courthouse in Philadelphia’s Center City. “I just wanted to come up here myself and thank all the supporters, because I know y’all probably have family members in jail or people going through the same thing as me. I will continue to do what I do with the Reform movement and help the people that help me.”

According to a study from the research and advocacy group Human Rights Watch, an estimated 4.5 million people across the United States were under parole or on probation in 2020.

In reference to the study, Mill says “simple violations” can send those people to prison, like smoking marijuana, not being hired for a job, not completing school, or failure to contact a probation officer in a specific manner.

The Reform Alliance has set a goal to help at least one million people on probation or under parole “that shouldn’t be,” out of the system.

The organization has since helped to pass 16 bills related to the injustice and prison reform across 10 states. For example, Florida just enacted a law — with the help of the Reform Alliance — that shortens convict’s probation terms by giving credits earned by going to school or working at least 30-hour workweeks.

“The new law means more people on probation will pursue education and employment, producing better outcomes for themselves and their families,” says Robert Rooks, a Reform investor. “That will lead to safer and stronger communities for all.”

Since its inception, Reform Alliance claims to have helped over 650,000 people get an easier path off of their probation terms.

It’s really the people who’ve gone through the most hardship that accomplish the most on the other side.