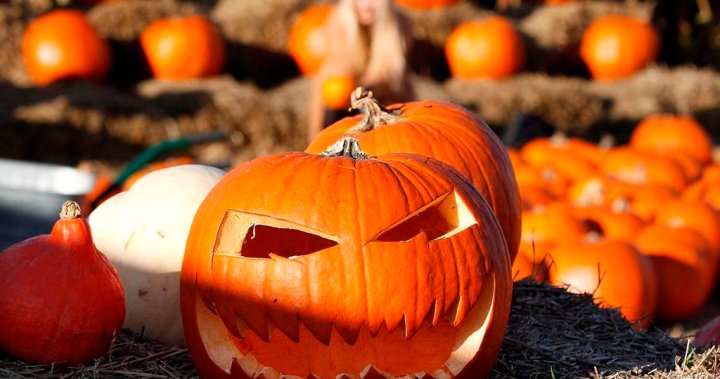 Shannon Clarke from Halifax was seven years old when she imagined her bed shaking after secretly watching The Exorcist — a horror film about the demonic possession of a young girl.

Twenty-nine years later, despite not being able to sleep that night, The Exorcist is one of Clarke’s favourite films.

“I am obsessed with horror films… I like being scared,” Clarke told Global News. “There hasn’t been a horror film that I didn’t like… I think I kind of like the jolt it gives.”

Canadians across the country will celebrate Halloween on Monday their own way, with some donning scary costumes, others trick-or-treating, or, like Clarke, watching horror movies at home.

But some will avoid it completely, preferring not to be scared at all. One academic has studied horror films to learn why some enjoy the fright while others do not.

Up for a spooky stroll? Here are the 12 best ghost tours in Canada

Eliot Bessette — an independent scholar who wrote his Ph.D dissertation on fear in horror films and haunted houses at the University of California, Berkeley — says there’s a basic psychological division between people who experience fear as pleasure and those who don’t.

Some people like Clarke can watch a documentary series about a murder case as a way to unwind before going to sleep. While that may sound odd, Bessette said such shows can bring a feeling of catharsis to some.

“This is certainly not a new idea. Even Aristotle said the point of experiencing a tragedy is the catharsis of pity and fear. Well, horror films may offer catharsis of fear and disgust, and other emotions,” he said.

Sociologist and author Margee Kerr, who teaches at the University of Pittsburg, wrote earlier in The Conversation — an independent source of news and views from the academic and research community — that experiencing fear in a safe environment can be beneficial, but not everyone sees the appeal in that.

“There are important differences between individuals – for example, in genetic expressions, environment, and personal history – that help explain why some loathe and others love thrills and chills,” said Kerr.

She explained that horror movies can allow people “to tackle the big, existential fears” humans have, like “why bad things happen without reason, through the protective frame of entertainment.”


Choosing to do scary activities, like visiting a haunted house, can also help people build greater self-knowledge and resilience because it’s an opportunity for some to engage with the emotion of fear, according to Kerr.

“It’s an opportunity to engage with fear on your own terms, in environments where you can push your boundaries, safely,” said Kerr.

Bessette also echoed this sentiment, adding that watching horror or engaging in a fun scary activity can be enlivening and exciting. While others might not experience that, just the idea of going through it with a family member or best friend can be beneficial and encouraging to them.


“My dad doesn’t like horror or roller coaster rides but he did them with me…to spend time with his son. That was the price he paid to have a good outcome,” said Bessette, “Likewise, people could experience a number of good outcomes, whether it’s experiencing themselves overcoming the fear or enjoying a great work of art.”

“Emotions can be contagious, so when you see your friend scream and laugh, you may feel compelled to do the same,” she said.

Halloween offers the potential of having such experiences in a safe environment and it can be more than just about having fun.

Bessette says horror films and haunted houses can offer people the chance to reflect on the emotion of fear and learn how they cope with that emotion, in the end, building resilience.

“It can help us learn more about ourselves,” he said.