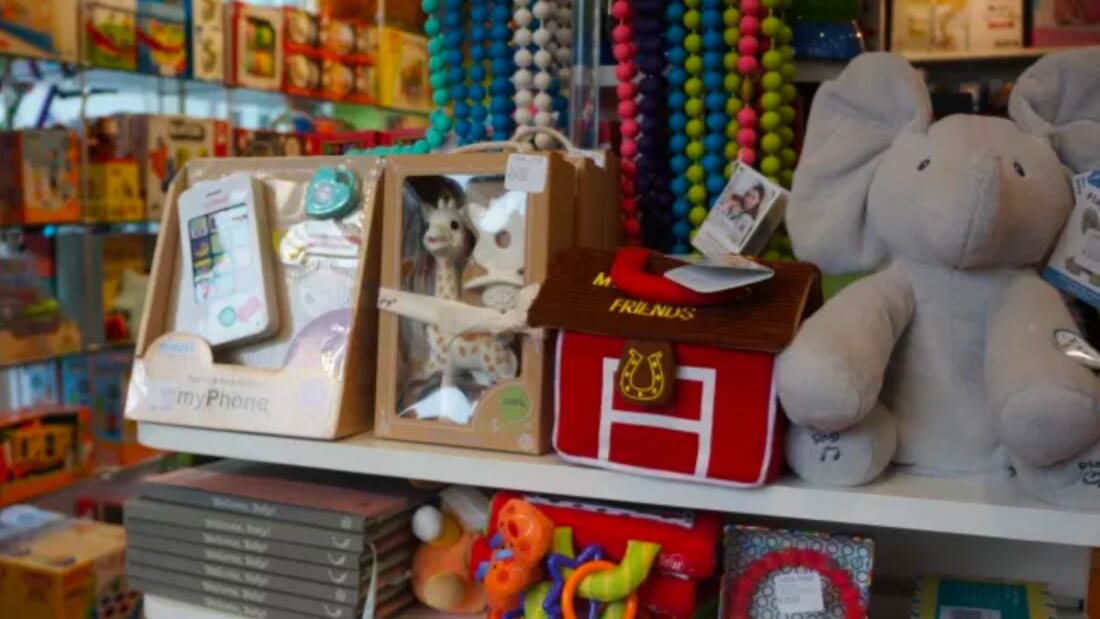 Author Jamie Anderson said: “Grief, I’ve learned, is really just love. It’s all the love you want to give, but cannot. All that unspent love gathers up in the corners of your eyes, the lump in your throat, and in that hollow part of your chest. Grief is just love with no place to go.”

One mother found a way to celebrate her daughter’s memory and Caitlin Foster was moved to tears by the act of kindness and the story of the grieving mother behind it.

Foster took her daughter Lacey to Smyths Toys in Ballymena, Ireland to pick up a toy with £10 the child had been gifted from her grandmother.

“We had been at my granny’s house, who lives round the corner from Smyth’s and she had gave Lacey £10 to get herself a toy,” Foster told Belfast Live. “She was trying to pick toys that were more than £10 but I kept telling her she had to stick to it, which obviously was a hard choice to make for her.”

RELATED: 4-Year-Old Reaches Out to Grieving Elderly Man in a Store – What Happens Next is Amazing

While they were browsing the aisles for a toy, the mom and daughter were approached by three Smyths Toys staff members, who handed them a gift voucher.

They explained that they did not know the name of the woman who left it but that they were asked to give the £50 gift card to a pre-school-aged child.

When Foster opened the card, she was brought to tears.

“They asked if they could give me the gift card and that it had been left by a woman in memory of her daughter who would have turned four that day,” Foster told Belfast Live.

“I just started to cry, and then the workers were crying too. It was very emotional. They said they had been crying all morning since they found out about the card.”

Inside the card said: “In loving memory of our daughter Juno, four today, 15th September.”

Foster was so moved she posted what happened on her social media hoping the lady would maybe see it one day and know that it had gone to someone.

Commenters wished Juno a happy heavenly birthday and were also brought to tears by the story.

RELATED: Young Boy Surprises Parents and Gives Up Hoverboard For Christmas To Cheer Up Grieving Orphan

“I’m sobbing! What a wonderful way to share the memory of her daughter,” one commenter wrote. “Happy birthday Juno what lovely parents you have,” another one commented.

“And all I can say is if Juno’s mummy is reading this, I just want to say a huge thank you,” Foster told Belfast Live. “She made my wee girl so happy and I am thinking about her and her family. It is very kind what she has done, and it has inspired other people to do the same.”

The pain Juno’s mom is going through is unimaginable, but what a beautiful way to she chose to honor her child on what would have been her birthday — by making a child smile with an act of kindness.