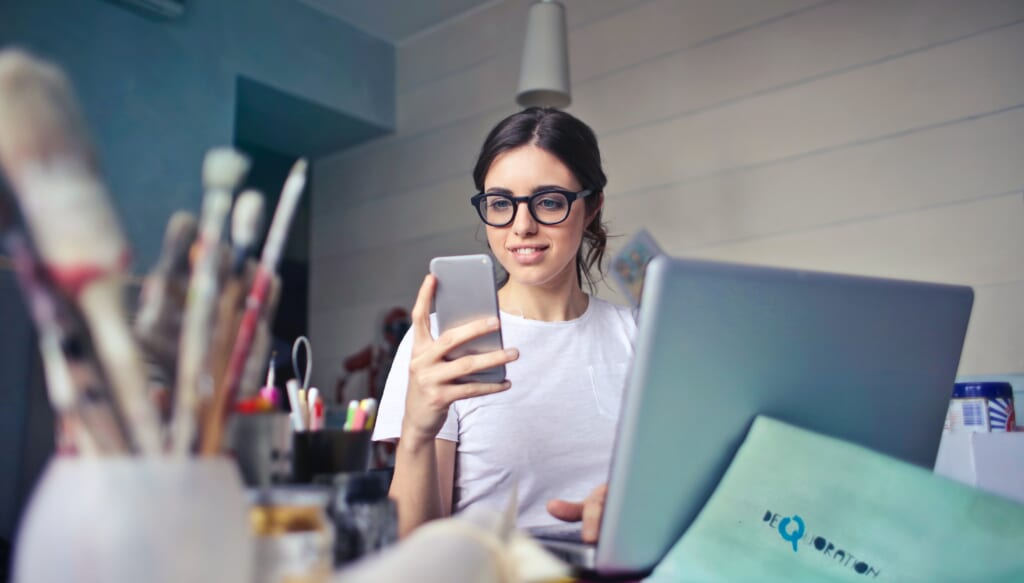 Every once in a while, a study comes along that upends years of traditional thinking. In our case, the thinking that may be shifted by recent findings is about the very thought process of the human mind itself. A new study titled “Consciousness and Cognition,” shared by Science Direct, is subtitled “Spontaneous mind-wandering tendencies linked to cognitive flexibility in young adults.” Or, in other words, a mind-wandering may indicate an increased chance for success in life. And that’s a paradigm shift that should catch your attention.

A wandering mind is usually associated with a lack of focus, reduced productivity, and inferior results. And that’s perceived as true across the boards: we tend to think of someone whose thoughts often wander as less effective of a student, less effective of a worker, and less responsible of a parent or partner.

RELATED: What Is the Optimal Amount of Sleep?

On the other hand, people known for being able to stay on task – to buckle down and get the job done – as model pupils, as efficient workers, and as effective members of the household.

When it comes to some tasks, an ability to maintain single-minded focus can indeed be a benefit – memorizing a series of names and dates, surgery, and working on an electrical panel all come to mind. But when it comes to life writ large, with all its many duties taken as a whole, the study has found that a tendency to mind wandering can actually indicate better potential overall success.

Per Science Direct, cognitive flexibility “refers to the ability to switch between thinking about two different concepts or to think about multiple concepts simultaneously.” Those with the greatest level of cognitive flexibility can switch from duty to duty with speed and efficiency and with minimal loss of the quality of their output for the interruptions and redirections.

An example of good cognitive flexibility at work would be when you were writing an email only to suddenly receive a phone call from an important client calling to speak to you about a meeting for which you need to leave in a matter of minutes. If you could take the call, keep it going smoothly as you got on the road and drove swiftly but safely, and you’d completed the email just before the meeting began, you’d have demonstrated the skill admirably.

RELATED: TikTok Addiction Is Real – Here Are the Signs

If, on the other hand, you’d grown flustered, missed a turn or two, lost focus on your client’s words, and forgotten about the email until evening, you’d be like most of us. The surprising thing is that people in the former group would often also be those whose thoughts often wander from one topic to the next. That very tendency of the mind to wander when it wants to can indicate an elasticity that helps with task switching when such is required.

Now note here that we use the word correlation, not causation – the difference is critical. Causation would imply that people tend to be more effective at task switching because they have minds that wander, and that’s not the case. Rather, people who mind-wander may also demonstrate better cognitive flexibility.

The High Cost of Multitasking

“Multitasking” is one of the most popular buzzwords thrown about on resumes or during interviews with HR departments as part of the hiring process. But multitasking is actually one of the worst things a person can do if he or she actually wants to be productive. In fact, according to Psychology Today, multitasking may cost you a staggering 40% of your productivity, meaning you can get 40% more accomplished when you stay on task and complete each thing that needs doing one by one.

Why is multitasking such a productivity thief? It’s because of what psychologists and other experts in the field of the human mind call switching costs, or sometimes task switching costs. Simply put, this “cost” is the amount of additional time that is added as you recalibrate while switching from one undertaking to another as well as the time that’s added to the execution of a given task based on lack of full focus.

RELATED: Self-Efficacy: How to Never Stop Believing in Yourself

Examples of when multitasking saps productivity include that extra time you spend searching for a word while on a conference call you’re conducting from your car, the way you miss half of the plot of a movie because you’re simultaneously scrolling on your phone, or how it takes an hour to finish an expense report because you keep checking your inbox.

With multitasking established as a productivity problem, we also have to accept that it’s a fact of life. We all need to do it, and quite often at that, given the myriad duties and minimal free time modern life affords. When it comes to multitasking, those who display the highest level of cognitive flexibility tend to be the people who lose the least amount of productivity.

Now, in your next meeting with a hiring director of a prospective employer, you probably shouldn’t highlight how often your thoughts wander, but if you mind-wander at times but also find yourself able to switch tasks effectively, do by all means promote the latter.

When Mind Wandering May Be a Problem

A pleasant surprise, to be sure, that a wandering mind may indicate the cognitive flexibility that can make us more successful in school, in our jobs, our duties as parents or partners, and in all our other roles. But none of this is to say that mind wandering isn’t sometimes a problem.

Mind-wandering may be the indication of some deeper emotional or psychological issue, such as depression, stress, or anxiety. It may be the indication of a disorder like AADD, or adult attention deficit disorder, the symptoms of which can include trouble multitasking, a tendency toward disorganization, and trouble prioritizing tasks, per the Mayo Clinic.

And if your thoughts tend to wander even when you want to stay on task, mind wandering may be a source of frustration for you and may lead to much less productivity in work, school, and life in general. Fortunately, with practice and, as needed, professional support, you can learn to take better control of your attention to keep your thoughts more focused.

How Much Money Do You Need to Be Happy? The Answer May Surprise You

Four Priorities for Talent Acquisition Leaders in 2023 (i4cp login required)
Watch the Breathtaking Moment a Family Finds Their Missing Son Lost at Sea as Part of Viral Rescue Mission
How I Stopped Worrying About Running Out of Time to Achieve My Goals
Sweet Revenge: Woman Wins Lottery Jackpot After Husband Leaves Her for Best Friend
The Walt Disney Company to mark 100th anniversary with new experiences