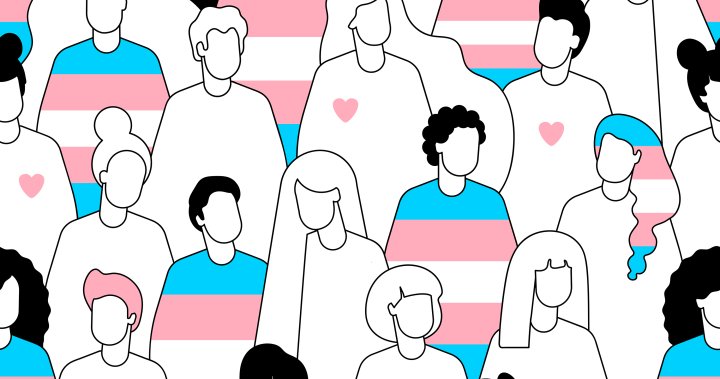 The U.S. government announced Wednesday that citizens will be able to select the gender-neutral option “X” on their passports, starting April 11.

The announcement was made by the State Department on the eve of the Transgender Day of Visibility on March 31, an international event celebrating the transgender community and raising awareness against transphobia.

“The addition of a third gender marker propels the U.S. forward toward ensuring that our administrative systems account for the diversity of gender identity, gender expression and sex characteristics among U.S. citizens,” she said at a news conference Wednesday.

“The issuance of X gender markers on U.S. passports does not create new definitions nor rights. This policy change recognizes the true identity of the passport holder.”

Canada has been providing gender-neutral passports for citizens since August 2017.

B.C. made history a month before that by issuing what is thought to be the very first gender-neutral ID card.

In June, the U.S. hinted that it would move to provide a third gender marker on passports. By October, it had issued its very first gender-neutral passport. When April 11 hits, every U.S. citizen will have the opportunity to self-identify as gender “X” on their passports — no additional documentation will be needed to justify the selection of gender “X.”

Stern said this policy change is important because humans “do not always fit within a male or female category around the world.”

“The lived realities of transgender, intersex, non-binary and gender-nonconforming persons reflect that there is a wider spectrum of humanity than is represented by a binary sex designation on passports,” she said.

The road to getting gender-neutral passports in the U.S. began with a legal challenge brought forth by Dana Zzyym, an intersex citizen, after they were denied a passport. Zzyym did not check either the “M” or “F” box on their passport application, and instead wrote “intersex” above the boxes.

Being denied that passport meant Zzyym wasn’t able to attend a meeting of Organization Intersex International in Mexico.

Lambda Legal, an LGBTQ2 legal organization that represented Zzyym, confirmed that they were the first person to receive an “X” passport issued by the U.S. in October. Zzyym said at the time they were “ecstatic that other intersex and non-binary U.S. citizens will soon be able to apply for passports with the correct gender marker.”


The U.S. is also rolling out other measures to remove barriers for people outside the gender binary.

The Transportation Security Administration (TSA) said Wednesday that it will be implementing gender-neutral screening processes in response to calls from transgender people who say that TSA policies have resulted in invasive searches.

Jose Bonilla, the chair of TSA’s Inclusion Action Committee, said new algorithms are in the works for advanced imaging technology body scanners, which currently operate on a gender-based system, that will enhance security and reduce invasive pat-downs.

The Biden administration is also developing a new Department of Health and Human Services website that collects and promotes resources for transgender and other LGBTQ2 youth. The U.S. Department of Education is expanding training for educators on how to support trans and nonbinary students. And the Social Security Administration will no longer require proof of identity or medical documentation when applicants update their gender information on their Social Security record.

Beyond the birds and bees: How new services and tech are helping us make babies in unexpected ways
Couple Has Been Divorced for 28 Years – But, Woman Notices Her Dad at Her Mom’s House for This Surprising Reason
My Deepest, Darkest Secret: Why I Never Felt Good Enough
Mom Alone at Home With 4-Year-Old Son Falls Unconscious – He Steps in With a Skill He Learned the Day Before
A Simple Plan to Overcome Self-Doubt and Do What You Want to Do