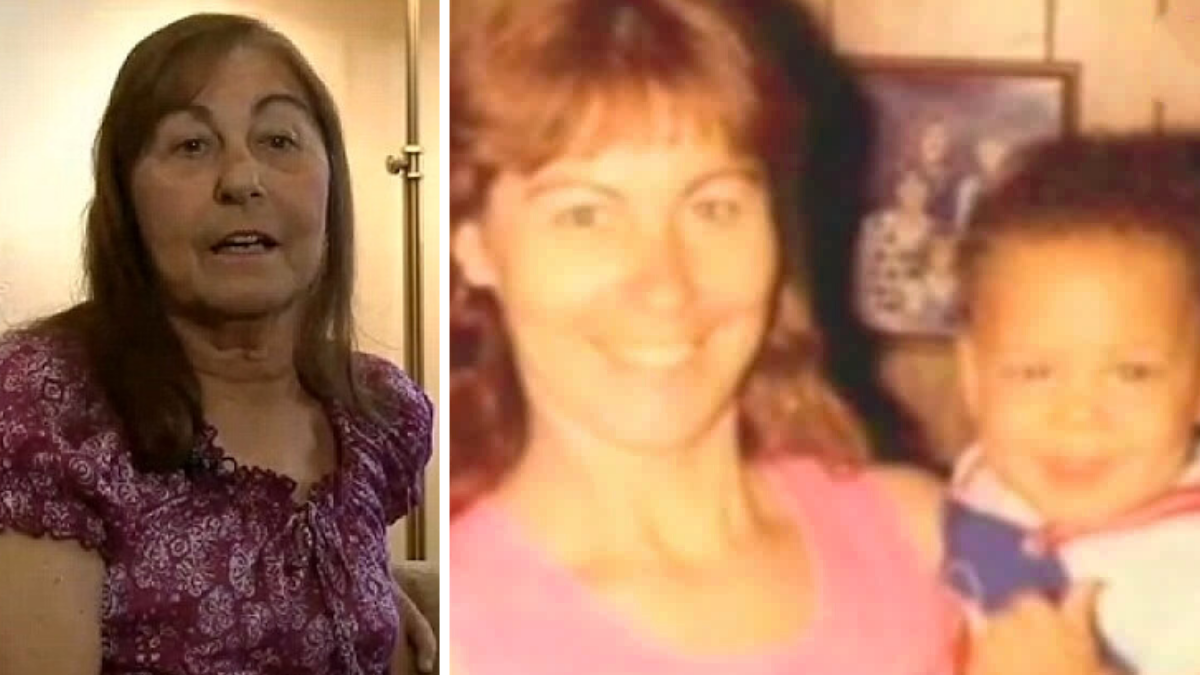 More than 120 foster children have come into Ingeborg McIntosh’s life over the years. But when a newborn named Jordan was placed into her arms more than 30 years ago, she knew this child was different.

McIntosh explained to KPHO that when Jordan was placed into her arms, it was love at first sight for her.

From there, her love only grew. Jordan stayed with his foster mother from birth, and she knew very early on that she wanted to make their family official. Unfortunately, there were complications, as the boy’s birth mother wanted him raised in a certain way.

“She wanted him to go either into an African American home or a biracial home,” McIntosh added. But she was motivated by love, and she continued her journey to adopt Jordan while raising him as her own.

He was a part of the family, no matter what.

Eventually, when Jordan was four and no other homes had become available, the petitions to adopt him were a success. McIntosh was finally given the adoption papers and their family was official. She raised him in Phoenix, AZ, for two decades and he felt all of the love and security a child deserves.

Twenty years later, Jordan was an adult, and his adoptive mom developed polycystic kidney disease. The family learned she needed a transplant in order to survive. Without letting his mother know, Jordan immediately got himself tested to see if he was a match. When he learned he was, he gave his mom the best possible early Mother’s Day gift of all time: His kidney, and therefore a second chance at life.

“Hopefully I can do more for her as I get older, but for the moment, it’s the least I could do,” Jordan told the news outlet.

I feel like this was my calling in life.

McIntosh had the surgery in April 2014. Jordan was 27 years old at the time and said he never wavered in his decision to give an organ to the woman who gave him a home. “Everything she’s done for me since I was a kid, I just wanted to give it back to her, and show her how much I appreciate her,” he said. Now, he hopes that others will be inspired by this story and give back as well because things always come full circle. “It might be immediately, or 27 years down the line, but something good is going to come your way.”

In this case, that something good was a life-saving decision. While not everyone is in the position to do the same thing for a loved one, there are still so many ways to give back and open your heart to others in need. Donating to help pay mounting medical bills, helping to care for a sick parent’s family while they’re recovering, or even offering a drive to a medical appointment are all small ways to help out when a loved one is sick.

Meanwhile, organ, blood, and tissue donors are always needed in Canada. If you want to help, click here to learn more. You never know whose life you may change.

remember to give back

“The best way to find yourself is to lose yourself in the service of others.” – Mahatma Gandhi

Matthew McConaughey’s Life Advice Will Change Your Future (MUST WATCH) Motivational Speech 2018
Toxic ‘forever chemicals’ found in school uniforms in Canada and U.S.: study
The RISE of Fredia Gibbs | The World’s Most Dangerous Woman’s Escape from The Grim Sleeper
Tony Robbins Life Advice Will Leave You Speechless (MUST WATCH)
The Exhausted Extrovert: How I Stopped Worrying About How People See Me