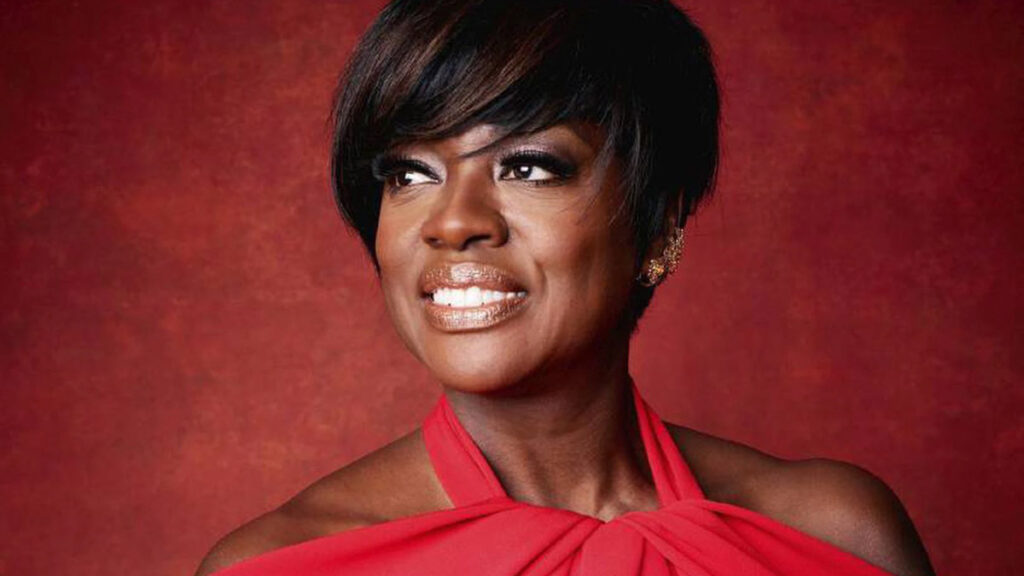 Viola Davis’ new memoir Finding Me is coming out today, April 26, and as with life, forgiveness just might be what holds it all together.

The Chicago Sun Times calls the memoir “Brutally honest and honestly brutal,” likening Davis to “the victim of a disaster still dazed by the experience but remembering every terrible moment.”

Davis wrote her memoir as a reminder that, “A life worth living can only be born from radical honesty and the courage to shed facades…and be you.”

The first Black actor to earn the so-called “Triple Crown of Acting” — an Oscar, a Tony, and an Emmy — The Woman King star, 56, uses her memoir to detail her rise from poverty and other trauma to emerge alive, intact, and successful on the other side.

Viola Davis’s Rough Childhood and the road to Her Memoir, Finding Me

Davis is perhaps best known for playing Annalise Keating, the lead on Shonda Rhimes’ infamous legal thriller series, How to Get away with Murder).

What many don’t know is that Davis shares some of her real life past hardships with her former character. For instance, Davis and Keating both grew up in deep poverty.

Growing up poor in Central Falls, Rhode Island, Davis was often so hungry she and her five siblings had to resort to dumpster-diving for food. School lunches were their only reliable meal. They lived in house that lacked reliable heat and plumbing, and was so rat-infested, she and her sisters tied bedsheets around their necks at night so the rats wouldn’t bite them. They often attended school unwashed, in dirty clothes.

Davis and Keating likewise shared experiences of violence and sexual abuse as children.

RELATED: How Woody Harrelson Overcame Poverty and Hitmen to Become a Hollywood Inspiration

“Myself, my mother, my sisters… my friend from childhood, we all have one thing in common,” said Davis at a Rape Foundation Event in 2020. “We are all survivors of sexual assault in some way, shape or form.”

She then shared the heartbreaking story of her sister, who was sexually assaulted at the age of 8. “My sister is now a heroin addict, she’s a prostitute,” she told the crowd. Davis also endured sexual abuse by boys who were supposed to be babysitters.

In addition to the sexual abuse and the poverty, Davis also had to cope with constant bullying and terrorizing from a group of boys who chased her and threw rocks at her for being Black in the predominantly white town of Central Falls.

And if all that wasn’t already far more than enough, she experienced physical and emotional abuse at the hands of her alcoholic father, Dan, who regularly beat her mother, Mae Alice. On one occasion, Davis’ father smashed a glass against her mother’s face until she intervened.

What Viola Davis’ Past Reveals about Fighting, Forgiveness and Survival

Perhaps the most poignant parallel between Keating and Davis is that they’ve both known true struggle, eventually turning to forgiveness as a means of survival. After all, HTGAWM’s final words are a speech about forgiveness and empathy.

“The key is to survive,” says Davis. “I did what was at my hand to do at 8 years old. I fought. And that fighting served me because I’m still on my feet.”

If life thus far taught Davis anything, it’s the power of forgiveness. In her memoir, she opens up about how although forgiveness isn’t easy, it’s necessary to survival — just as it was necessary to hers.

Prior to his death of pancreatic cancer in 2006, Davis’ father made amends with his wife of 48 years, who incidentally stayed by his side until the very end.

For her part, in order to heal the trauma she grew up in, Davis says she too, had to forgive her father.

“My dad changed,” she explains. “My mom said he apologized to her every single day. Every single day, he rubbed her feet. Forgiveness is not pretty… It is messy. He did hurt me then, but love and forgiveness can operate on the same plane as anger.”

Before he died, Davis did, in fact, heal her relationship with her father.

“I wanted to love my dad,” she says. “And here’s the thing: My dad loved me. I saw it. I felt it. I received it, and I took it. For me, that’s a much better gift and less of a burden than going through my entire life carrying that big, heavy weight of who he used to be and what he used to do. That’s my choice. That’s my legacy: forgiving my dad.”

What Viola Davis Teaches Us about Shame – And Letting Go

Davis has said she wrote her memoir during the pandemic, at a time when, despite her many successes, she felt lost. In spite ofher extraordinarily inspiring success story, her self-image as a child — “ugly, stupid and unwanted,” because she was told so — never fully left her.

“I disconnected … like a lot of people who go through trauma. That’s what I did. I compartmentalized. I used drive and ambition to replace feeling and vulnerability.”

Although that drive certainly got her places, Davis ultimately realized she needed to face her pain if she wanted to be able to connect meaningfully with herself… and with others.

While it was necessary to forgive her father in order to allow herself the opportunity to blossom without the weight of anger and resentment holding her down, her real epiphany came while writing her past — and it has everything to do with laying old shame to rest.

RELATED: Matt Damon Says Seeing Profound Poverty as a Child Impacted His Outlook to This Day

By revisiting her painful childhood in the writing of her memoir, Davis was finally able to answer her own age-old question: How did I claw my way out?

She writes: “There is no out. Every painful memory, every mentor, every friend and foe served as a chisel, a leap pad that has shaped ‘ME!’… My elixir? I’m no longer ashamed of me.”

Ultimately, what changed for Davis was how she saw herself as a child — a beautifully resilient survivor rather than someone who was undeserving and inadequate. And that, in turn, paved the way for her to appreciate the accomplished adult she had grown into, seemingly against all odds.

“It’s given me an extraordinary sense of compassion,” she adds.

Why Did Will Smith’s Fresh Prince Co-Star Karyn Parsons Disappear – And Where Is She Now?

The Rise of RockyNoHands | The Gamer Who Can Beat You At FortNite With His Mouth | #goalcast
Femcels: Inside the enigmatic subculture of involuntary celibate women
How I Stopped Feeling Embarrassed and Ashamed of Being Single
High-Performance Companies are 6x More Likely to Have “Fit” Cultures (i4cp login required)
Parents issue warning after teen dies from inhaling aerosol deodorant