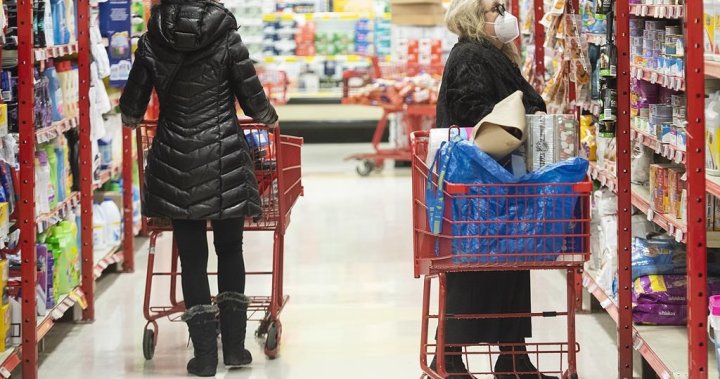 It’s a habit the 79-year-old retiree picked up in childhood and continued while raising three children during law school.

“I learned the importance of saving five cents, and that has stuck with me,” Dandy said in an interview from his home in Niagara Falls, Ont.

As shoppers grapple with spiralling food costs, some are turning for the first time to tips and tricks long used by older Canadians.

Inflation is hitting restaurants hard. What to expect when dining out in 2023

A rare green comet not seen in 50,000 years is coming. Here’s how Canadians can see it

Dandy, a septuagenarian who lived through the skyrocketing inflation of the early 1980s, has advice to offer consumers who may be worried about food prices for the first time.

His top tip is to read grocery store flyers regularly to become familiar with prices.

“You need to know how to spot a deal,” Dandy said. “Sometimes the sales aren’t as good as they seem.”

In addition to the paper version of supermarket flyers, shoppers can also find them online or using an app on their phone.

“Flyers remain a tried-and-true way to save money on groceries,” said Natasha Macmillan, director of everyday banking at Ratehub.ca. “Even if it isn’t a store where you normally shop, it’s good to know what’s on sale and then use price matching.”


Price matching _ when a grocery store matches a sale price advertised by another store _ is a method Dandy said he uses regularly.

“Most supermarkets will price match as long as they’re the same (product),” he said. “The savings do really add up.”

Dandy also recommends making a shopping list _ and sticking to it.

While the senior is only shopping for himself _ keeping the list fairly straightforward _ Macmillan said families may want to plan meals before starting their list.

“I personally start with a meal plan for the week and then figure out what ingredients we need,” she said. “From there I check what’s already in my kitchen and make a list of what I’m missing.”

Meanwhile, there are options now available to shoppers that weren’t around in the early 1980s.


For example, people who have trouble sticking to a list when shopping for groceries in person could consider ordering groceries online, Macmillan said.

For in-store shoppers, she recommends looking at items above and below eye level.

“The higher-priced items tend to be right at eye level, whereas the cheaper brands are higher and lower on the shelf,” Macmillan said.

Dandy also pointed out that many grocery stores will advertise a price if a shopper buys multiple of the same item, but if a household can’t consume that much of the product before the best before date then it could just go to waste.

How to balance social expectations and your budget amid inflation: ‘It’s OK to say no’

“I’m a senior and I live alone, so these deals don’t work for me,” he said.

However, even though grocery stores advertise the price of two items purchased together, sometimes the unit price for one is the same as buying multiples.

He has also noticed shrinkflation sweeping store shelves as food makers sell smaller product sizes at the same or a higher price.

“Most stores have the unit price on the sticker and if not I’ll calculate it myself,” Dandy said. “To my sheer amazement sometimes the bulk size is more expensive, so it’s worth checking.”

Domino’s Employee Delivers a $12 Order – But the Unusual Tip He Received in Return Takes Him by Surprise
Sweet Revenge: Woman Wins Lottery Jackpot After Husband Leaves Her for Best Friend
This Is How You Become the Best Version of Yourself in One Step | James Lawrence | Goalcast
The Walt Disney Company to mark 100th anniversary with new experiences
Why I Didn’t Trust Myself to Make Decisions (and What If It’s All Okay?)