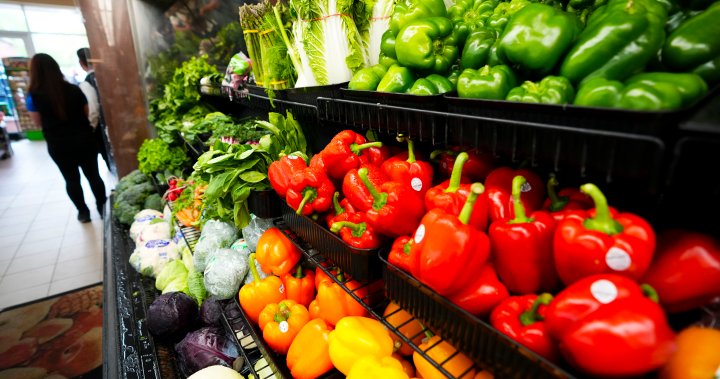 Ten years ago when she was a student, Kathleen Cassidy discovered the power of couponing when shopping for food.

Nowadays, with high food prices taking a bite out of Canadians’ wallets, Cassidy has turned to social media to share her experiences in saving money at the grocery store.

“I normally save thousands of dollars a year,” said Cassidy, who is the founder of the Living on a Loonie social media blog.

“Depending on what you use and how brand loyal you are, you can definitely save a lot of money.”

Canadians turning to couponing to save money amid high inflation rates

Couponing has been making headlines throughout the year as the Bank of Canada works to bring down the rate of inflation. According to a recent CIBC poll, many Canadians are employing savings strategies like couponing to save money on purchases. So how does it work?

Coupons are often given by manufacturers and can be used for discounts on their products, said Sylvain Charlebois, director of the Agri-Food Analytics Lab at Dalhousie University.

Coupons incentivize the marketplace by offering consumers a discount in exchange for purchasing their product. Coupons are different than grocery flyers, which are a form of advertising managed by supermarkets, Charlebois said.

“Coupons will actually incentivize consumers to buy the product by offering a discount, so you have to take a physical action in order to save money, whereas a flyer there’s some vertical coordination between grocers and manufacturers, and so manufacturers will want grocers to promote their products as much as possible,” he said.

“Often, money incentives aren’t necessarily just for consumers, they’re for the grocer as well. So PepsiCo will say ‘If you actually put my chips on the front page, left corner this week, we’ll give you credits, we’ll give you some sort of dividend based on sales’ and things like that.”

5:35
Tips to save money while shopping


Sometimes in a grocery flyer, coupons can be found and they can be cut out, Charlebois added. They’re a way for a food manufacturer to have a relationship with a customer.

Where can coupons be found?

According to the Nov. 7 CIBC poll, which sampled 1,520 Canadians online Sept. 14-15, 37 per cent of respondents said they’re employing strategies such as couponing or looking for deals at the store.

Coupons can be downloaded online from manufacturers’ websites or on savings websites, and they can also end up in the mail, said Cassidy.

“The other one would be when you are actually at the store, so when you’re in the store a lot of the times (paper coupons) are directly by the products in the aisle,” she said.

“So it’s just kind of keeping an eye open for those.”

While Cassidy said couponing has saved her thousands of dollars, when used with other tools like loyalty programs, the savings can add up even more, she said.

“How much money you’re going to save when couponing really depends on how much time and effort you want to put into things,” Cassidy added.

How can Canadians utilize these tools to save on food?

Before going to the grocery store, Canadians should consider a meal plan, Cassidy said. That involves thinking about what they’re having to eat each night, and what’s already in their fridge and freezer.

“What items do you actually need to buy? That alone can help you kind of pinpoint what items you need to purchase that week, what proteins are on sale,” she said.

“It also helps you reduce waste because a lot of Canadians will go to the grocery store and pick up a bunch of stuff that they think they need, but they haven’t kind of thought through what their plan is. So by making a meal plan, even before you go to the grocery store, it can really help save in all those areas.”


By spending some time online before going to the grocery store, Canadians can find out what the fair market value is of items on their grocery list, said Charlebois.

“Do your homework first, then when you show up at the grocery store, if that price doesn’t match the price that’s on your piece of paper or on your phone, just walk away,” he said.

“Don’t go to the same store all the time, go to a different store every other week. You don’t have to go to two, three stores a week – just go to one store a week, but alternate, and you’ll find out that things are very different from one store to another, even if it’s owned and operated by the same owner.”

Grocery shoppers using coupons to save money amid inflation

“A lot of stores are fighting for your money and for your attention … there’s going to be a lot of loyalty points offers,” she said.

“When you come to the store and you spend X amount of dollars, you’re going to get say, $25 back in points or something like that, so that can really help you then redeem your loyalty points to get that $25 off of your grocery bill or whatever the offer is in store.”

How I Stopped Feeling Embarrassed and Ashamed of Being Single
The World’s Best Blind Mountain Biker | Brian Bushway | #shorts
Small Town Shocked to Learn Army Veteran Was Secretly Paying Stranger’s Bills for a Decade
Must-See Motivation Speech: How to Find True Happiness From the REAL Jerry Maguire (VIDEO)
61-Year-Old Accidentally Leaves Her Wallet at a Walmart Parking Lot – One Teen Drives Miles Just to Return It to Her