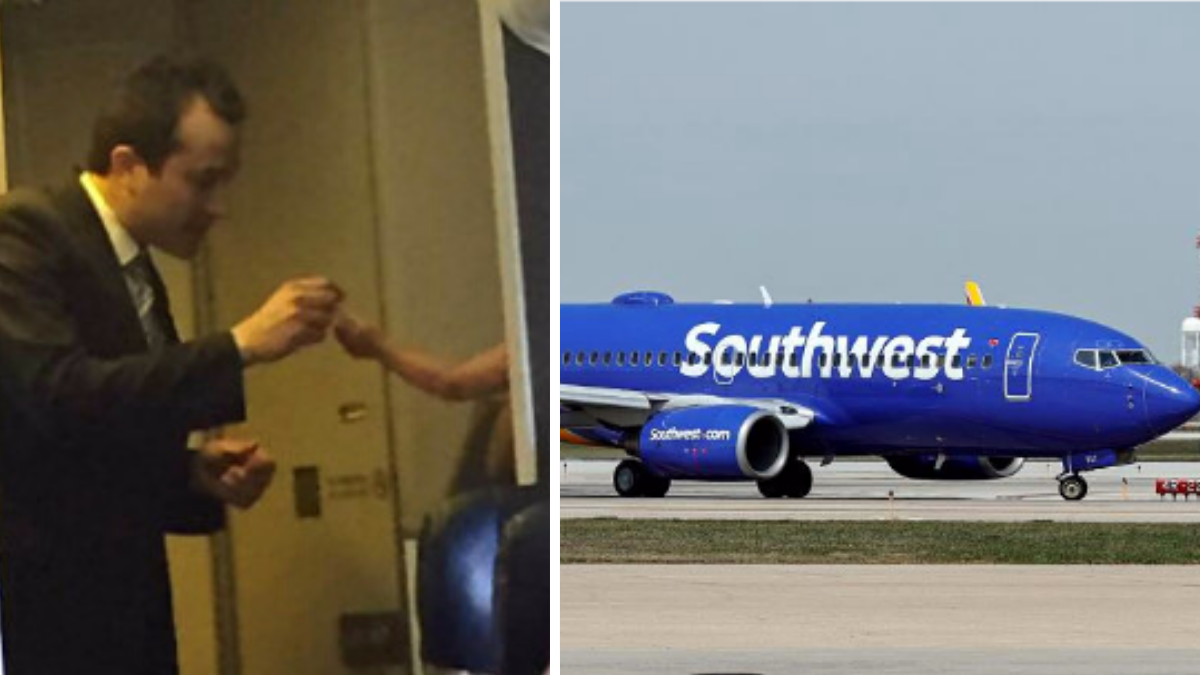 Flying with babies is no picnic, as any parent who has braved the clouds with their tots will probably attest. Not only do you have the task of keeping your little one comfortable during takeoff and landing, but there’s extra stress to keep them occupied and quiet so that other passengers won’t be upset.

Perhaps that’s why so many people responded to this story of a flight attendant who went above and beyond to help a mother in need midflight.

Taking to the air

Back in 2017, Carrie Jaboor was on a Southwest Airlines flight from Orlando to Pittsburgh. Her seat happened to be behind a mother who was flying with her two young daughters, the youngest of whom she estimated to be about a year old. Roughly halfway through the flight the very thing the mother was probably dreading most happened, and her baby became inconsolable.

According to a post that Jaboor later shared with Love What Matters, the baby was having a “very loud crying fit that wouldn’t stop.” So when a Southwest employee walked over and asked the mother to come to the back of the plane with him, the stress levels were high.

“The mother looked so stressed and it just made my heart break for her because nothing was helping the little girl,” Jaboor later told Scary Mommy.

When I saw the flight attendant ask her to step to the back, I could tell the mother (and myself) thought she was going to get in trouble.

A magician in disguise

When Jaboor looked back to see what was going on, she was surprised to see that the flight attendant was blowing bubbles at the baby and calming her down while also calming down the worried mom. “He was also giving tissues to the mother and consoling her as she was crying too. There are some seriously kind people in this world,” Jaboor wrote in her post.

[I] couldn’t believe that he was blowing bubbles. It just made me so happy to see a flight attendant take a situation that could be construed as annoying/disturbing for some people and handle it with love.

It didn’t take long for the original post to go viral, with fellow flight attendants and passengers alike vowing to start bringing their own miniature (TSA-approved) packs of bubbles on flights to help with cranky kids.

People were so moved by Jaboor’s story of the helpful flight attendant that they began sharing their own stories of employees who went above and beyond on other flights too. One person recalled the time a Southwest airline turned on the lights like candles to sing “Happy Birthday” to a little girl on board. Another woman recalled the time she was flying with her inconsolable one-year-old and an attendant took the babe and walked her up and down the plane, holding her until she calmed down.

There are some seriously kind people in this world.

“I flew with Southwest for the first time in November to go see my husband’s family,” shared a woman named Taylor Denise Reed in the comments. “I was so anxious because our daughter is two and you just don’t want to be the parents with the crying child while everyone looks and silently judges you,” she continued.

“Thankfully she didn’t cry at all, but [she] was getting antsy from having to be seated. One of the male flight attendants came by and stood there for 45 minutes playing and talking to her. I can’t tell you how appreciative I was.”

“As a fellow SWA flight attendant of 23 years, this absolutely warms my heart beyond belief,” added Jodi Bloodgood. “We strive to keep the Southwest culture that so many of us have come to know and love, alive and well.”

You don’t need to be a parent to know that the smallest gesture can make a really big difference in a tired mom or dad’s day, which may be why so many people resonated with this story. But it does go to show that having a pack of crayons or bubbles in your bag and busting them out at a restaurant or on plane the next time you see a parent struggling may make or break their day.

Or even better, if you know a parent with kids in their lives who hasn’t really had a break lately, maybe reach out and see if you can babysit or swing by with a hot meal or coffee. After all, they say it takes a village, and all of the parents who have been touched by this story would certainly agree.

“Only by giving are you able to receive more than you already have.”- Jim Rohn

How to Be Intolerant of Dysfunction | Josh Shipp | Goalcast
Why I Didn’t Trust Myself to Make Decisions (and What If It’s All Okay?)
Parents issue warning after teen dies from inhaling aerosol deodorant
Deliveryman Arrives to Pick Up an Order From a Bakery – Breaks Down When He Finds Out Why His Own Name Is on the Package
How I Stopped Worrying About Running Out of Time to Achieve My Goals