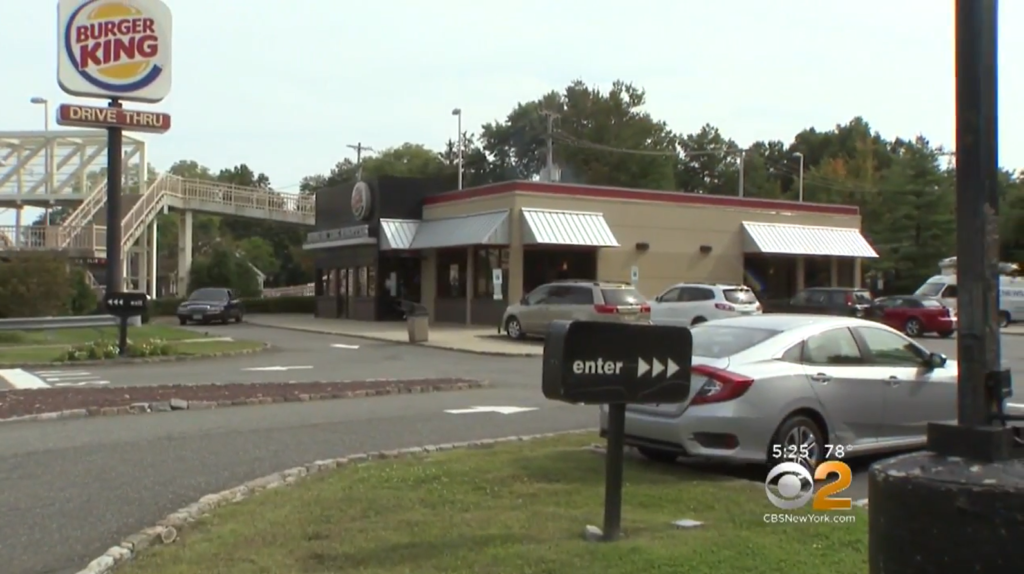 Once is happenstance. Twice is a coincidence. Three times is enemy action- quoted Ian Fleming, the British writer who authored the James Bond series.

The small parking lot incident in Denville, New Jersey, with a small population of sixteen thousand residents, wasn’t a believable coincidence. The first responder’s response to the incident was a feeling of deja vu.

Rich Yobs and Shannon Covert were the fireman and EMTs to attend the parking lot delivery events.

A pregnant woman from Denville was on her rushed way to the hospital, as she went into labor. Even before she reached the hospital, she pulled over to a highway Burger King parking lot when she realized that her baby had no time to wait.

She called emergency services, who deployed Rich Yobs and Shannon Covert to help the mother deliver the baby.

“Contractions came in full force, and the next thing you know the water is breaking, and the baby is on its way,” said Yobs, recalling the burger kind parking lot delivery. According to him, there were no complications as it was a smooth and quick delivery. Both the mother and her newly born son were taken to the hospital for further medical care and attention.

“It’s excitement. Pure excitement. The adrenaline rush was high,” said Rich, CBS New York. In a fairly less populated place like Denville, an emergency like this was a rare one, exciting both the first responders. However, this is not the end and not the sole cause of Rich’s adrenaline rush.

A Bizarre Next Day

It was a rarity and highly unlikely that there were two emergency situations in that small community. It was even more coincidental when they were called to the same Burger King parking lot on the highway.

The coincidences didn’t stop there either. They received a page to attend to an expectant mother, delivering her baby in that same parking lot. It would have been a crazier coincidence if the second mom had parked her car in the same spot. But, she parked 30 feet away from it.

“We look at our pagers and go, ‘This is a joke. This can’t be, two nights in a row, the same exact thing. Sure enough, we get down there. And it was. But that (second) one came even quicker,” said fireman Rich Yobs.

The mother needed help finishing her delivery, as her newborn baby boy was in a bigger hurry. Just like the first case of delivery, this mother and son were also sent to the hospital for further care.

All this happened over a weekend, one that the mothers, first responders, and the people of Denville will never forget.

You never know what life will throw at you, but you have to always be ready to take it as it comes, and handle these things head on! You have what it takes.

The Rise of RockyNoHands | The Gamer Who Can Beat You At FortNite With His Mouth | #goalcast
Femcels: Inside the enigmatic subculture of involuntary celibate women
Watch the Breathtaking Moment a Family Finds Their Missing Son Lost at Sea as Part of Viral Rescue Mission
Podcast: What to know about “novelty hunting.”
This Is How You Become the Best Version of Yourself in One Step | James Lawrence | Goalcast