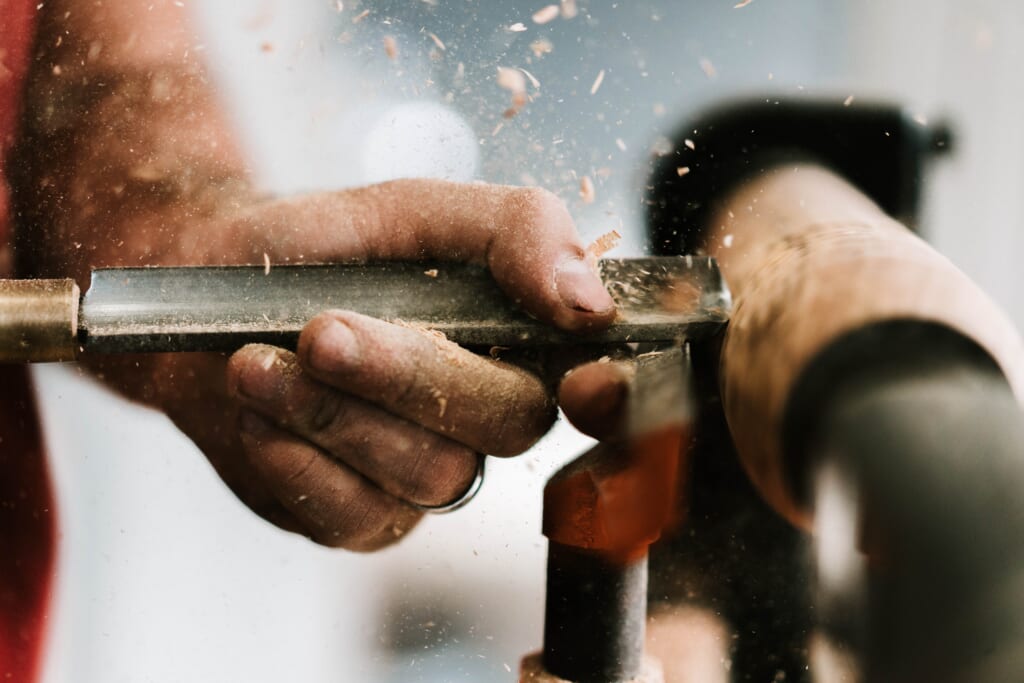 *Featured image uses a photo by Marten Bjork on Unsplash

Parents always want to protect their kids, but sometimes things happen that are beyond our control. One father experienced this with his 12-year-old son recently, so he did the only thing he knew to do: He reached out to social media for help.

RELATED: Son Brings Dad To Tears By Revealing He Secretly Paid Off His Mortgage To Retire Him

What he wasn’t expecting was the incredible generosity and outpouring of love from total strangers.

Last month, Richard Clark felt lost after his son Gabriel came home from school feeling down. The 12-year-old had always loved wood-working, but some of his classmates told him how uncool it was. They also made him feel bad for only having six followers on Instagram, skyrocketing his social anxiety.

So Richard hopped on Twitter to share Gabriel’s story and see if he couldn’t get him a few more followers. He himself has more than 20,000 followers on the social media platform, being a successful TV and film director, and writer.

“Lovely Twitter people – I don’t know how many of you are also #instagram users but I’m looking for a wee favour,” the Cumbria, England man wrote. “I’ve a 12-year-old who loves woodwork. He spends hours on his lathe making bowls and creating chopping boards which he sells to save up for a mountain bike.”

“If any of you fancied giving him a boost and following him on Instagram, it would make his day.”

Richard added several photos of the beautiful creations Gabriel made over the years and continued. “So I was wondering if any of you fancied giving him a boost and following him on Instagram at clarkie_woodwork, it would make his day. Thanks in advance and feel free to retweet!”

How Twitter Helped Shine a Spotlight on One Boy’s Skill

In less than 48 hours, the thread went viral, with more than 20,000 retweets and nearly 100,000 likes. Even better were the people who followed Gabriel on Instagram. At time of press, the kid has more than 256,000 followers.

Considering Gabriel was hoping for 60 new followers, it’s safe to say he and his dad overshot their goal. Meanwhile, another surprising thing happened: Gabriel received more than 20,000 orders for bowls, cuttings boards, and other handcrafted items.

Knowing he could never fulfill those orders (he’s still a little too young for an official side hustle), Gabriel and his dad decided to pay it forward. He carved a special bowl in honor of the people of Ukraine, complete with blue and yellow adornments. His family then set up a donation page with the goal of raising £5,000. Donors would be entered into a draw for the bowl.

I want to know that I can make other children’s lives better by doing a little bit of something in my own life.

Shortly after the family set the page up, it too went viral. Stars like Jason Isaacs and Nick Offerman shared the page and urged people to donate, and it didn’t take long for the page to rack up more than 5,000 percent of the original goal. By the time the drawing was made at Easter, Gabriel had raised £254,678.

“I’ve always had a real passion for [woodwork]. I’ve just taught myself everything I know.” Gabriel told People. “I want to know that I can make other children’s lives better by doing a little bit of something in my own life.”

How Embracing Our Differences is Key to Raising a New Generation

How many young children give up things they’re passionate about or love because they feel judged or not cool enough for their peers?

Kids can be harsh, and sometimes it feels like there’s not much we can do as parents to protect our little ones when they’re out there in the world on their own. However, showing that we embrace differences and leading with compassion are a couple of ways to at least lead by example when raising a new generation.

He’s talented, he’s creative, but more than anything, he’s got a big heart.

“His Dad was upset too. It’s hard watching your children battling with life,” Richard tweeted after Gabriel came home that day upset. “But what to do? Mum wasn’t around, so Dad, the impulsive fool that he is, instead reached out to the lovely people on Twitter. Maybe he could persuade some of them to follow his son?”

RELATED: Outraged Dad Stands Up For Daughter Sent Home From School For Her Outfit

While not everyone would receive the same level of support as this family did on social media, the story reminds us to lean on our own communities and networks in times of need like this. That’s what Richard did, and the result was an outpouring of love and a charitable act that would warm anyone’s heart.

Perhaps this story is the nudge we need to chat with our kids about how beautiful our differences can be, and urge them to be kind to one another. Because at the end of the day we really are all in this together, and everyone wants to feel like they have people out there who love and appreciate us for who we are.

“Sometimes asking for help also means you are helping yourself.” – Renuka Pitre