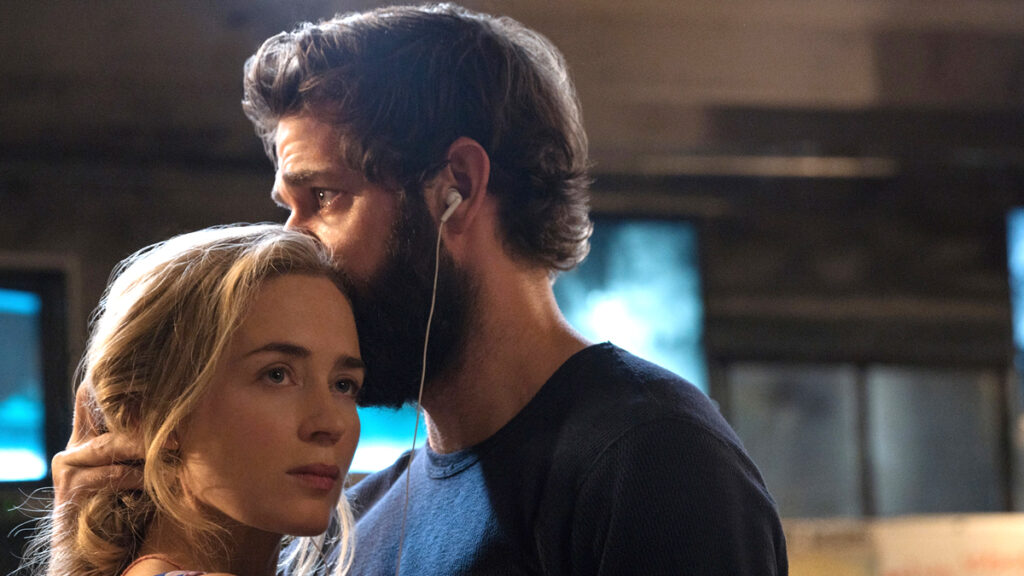 Emily Blunt’s resume is impressive. The British actress, most commonly known for her roles in The Devil Wears Prada, Mary Poppins, A Quiet Place I & II, and The Girl on the Train, is also a famed writer and director. She’s received numerous awards for her outstanding performances over the years, including three nominations for the British Academy Film Awards, and a Golden Globe Award and Screen Actors Guild Award win.

While “speech impediment” may not be the first phrase that comes to mind with such an accomplished orator, Blunt has struggled with a near debilitating stutter since she was a child.

Blunt recently opened up about how her stutter impacted her life and how acting helped her overcome her disability. Disabilities aren’t always addressed in Hollywood, but many appreciated Blunt’s candid depiction of what it’s like to live with a stutter.

It’s not uncommon for people with a stutter to take on a creative outlet. Many individuals with stutters take on singing because their stammer doesn’t translate to music and can be a powerful form of expression. Acting gave Blunt a similar opportunity, where she can explore her own voice in a professional setting.

“I wouldn’t say that’s why I’ve ventured into acting, but it was just a bit shocking the first time I was able to speak, you know,” She said, “doing a silly voice or an accent pretending to be someone else,” Blunt explains that acting was an invitation to speaking fluently for one of the first time. Acting didn’t cure her stutter, but it did give her the confidence and practice she needed to become secure with her speech impediment.

Stuttering is a speech disorder that impedes fluency and flow when speaking. It’s also referred to as stammering and typically starts in childhood. According to the Mayo Clinic, stuttering is common in young children and can be a normal part of learning to speak.

RELATED: Emotional Bruce Willis Remembers How He Stuttered As A Kid

Stutters are often developed a child’s speech abilities aren’t developed enough to keep up with what they want to say. Most children outgrow stuttering but it can be a chronic condition into adulthood. In most cases it’s caused by poor speech motor control, but can also be caused by genetics.

Blunt is involved in initiatives that educate people on stutters with The Stuttering Foundation and is adamant that raising awareness is the best course of action. She does so through her participation with the American Institute for Stuttering.

“I think it’s very often a disability that people bully and make fun of,” she stated in an interview at the Freeing Voices, Changing Lives Gala, “So I think, to raise awareness about what it’s really about, and that there’s this soft place for you to land in this amazing organization. It’s a big deal for me to be here.”

How Severe Is Emily Blunt’s Stutter?

Stuttering can worsen with excitement, stress, and pressure. It can also appear more severe in situations such as speaking in front of a crowd or even talking on the phone. So how does one of the most believed actors of our time manage it all?

On Monday, July 11, 2022, Blunt hosted the American Institute for Stuttering’s 2022 Freeing Voices, Changing Lives Gala in New York City, saying that it’s essential for her to speak on “a disability people don’t know much about.” And, certainly, one that has impacted her personally, making the event all the more special to the 39-year-old actress.

RELATED: What Is Emily Blunt and John Krasinski’s Secret to Staying Fantastic Forever?

Blunt had a stutter up until the age of 14 years old. In her speech at the event, she said that “Once you are a stutterer, you will always be a stutterer.” She added, “It’s biological and it’s often hereditary and it’s not your fault.”

Blunt’s stutter returned tenfold when she was pregnant with her and her husband John Krasinski’s two children, Hazel and Violet. Although, Blunt has accepted her stutter for what it is and preaches that message to others who may feel insecure. “You’ve got to fall in love with the fact that you’ve got a stutter to accept it,” She said, “Everyone’s got something – and this is just your thing.”

Other Celebrities Who Battle Stuttering Every Day

Emily Blunt is not the only famous person in Hollywood who has been open about her strQuitettering. In fact, quite a few well-known names have had the same journey. The most famously known stutterer comes from the political field. President of the United States, Joe Biden, has had a lifelong stutter. Public speaking can be very hard for those who stutter, so for President Biden to be the first president with a stammer is quite an accomplishment. Even as an adult, Biden still catches himself stuttering when he’s tired.

RELATED: “You Have to Have Hope” – Joe Biden Comforts Tearful Meghan McCain on Father’s Cancer Diagnosis

“It has nothing to do with your intelligence quotient,” Biden said in regard to stuttering. While it has nothing to do with intelligence, many who are uneducated about stutters may make that association. “You know, stuttering, when you think about it,” Biden said, “Is the only handicap that people still laugh about. That they still humiliate people about. And they don’t even mean to.”

Marilyn Monroe is another household name who you may not have known had a stutter. In a 1955 discussion with Maurice Zolotow, an American columnist, Monroe described her experience with stuttering, saying, “I gave up talking for a long while. I used to be so embarrassed in school. I thought I’d die whenever a teacher called upon me. I always had the feeling of not wanting to open my mouth, that anything I said would be wrong or stupid.”

How Can We Break the Stigma Behind Stuttering?

As many celebrities have proven, stuttering can severely impact someone’s confidence. It can make someone feel lesser than, less intelligent than others, and even shame them into silence. As Biden pointed out, many forget that stuttering is a disability. We need to encourage the acceptance and education of all disabilities, including stutters, to eradicate ableism across the globe.

RELATED: How John Krasinski Channeled His Parenting Fears Into His Craft

Raising awareness is the best way to solve an issue perpetuated by a lack of education. Blunt, Biden, and others with large platforms are now telling their stammering stories. By using their exposure and popularity to discuss stuttering, they are breaking the stigma that having a stutter renders you incapable of performing.

It’s up to us as a society to give the support and encouragement needed for anyone to follow their passion and purpose regardless of any disability. Blunt’s sincere speech about finding her voice through acting gives many young children at home who stutter hope that they too can overcome it.

The Walt Disney Company to mark 100th anniversary with new experiences
I Have 2 Questions For You (Motivational Video) Fearless Motivation
All the Things I Didn’t Tell the Men I Dated Because I Was Afraid
How to Be Intolerant of Dysfunction | Josh Shipp | Goalcast
The Choice We All Have , But Only a Few Apply It | Joe Dispenza