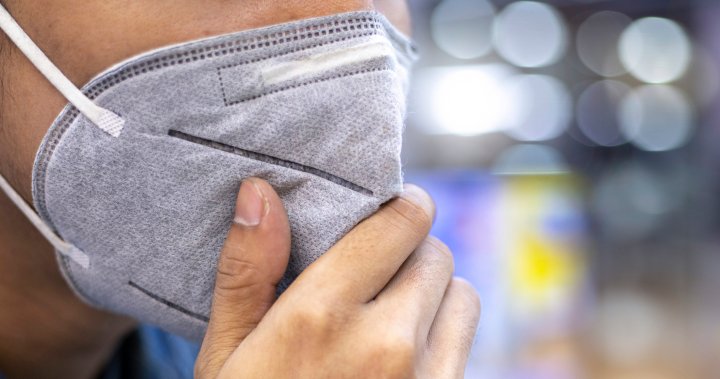 The masks have come off.

Ontario has officially dropped its mask mandate for public areas, joining a host of other provinces and territories that have loosened their COVID-19 public health restrictions. As of March 21, only Quebec, P.E.I., the Northwest Territories and Nunavut still have mask mandates in place, though there are plans for those policies to expire soon.

By the end of April, it’s possible that no Canadian province or territory will have a mask mandate in effect, leaving public-facing workers with concerns about their workplaces.

For those who regularly interact with the public, the uncertainty of each unmasked interaction comes with an understandable fear.

‘Face-to-face’ with an unmasked client base

Public-facing workers in provinces where mask mandates have already expired report feeling uneasy interacting with clients in a new, unmasked normal. For some, masks have been the standard at work every day for two years, so suddenly shedding the protective equipment can feel more foreign than the pre-pandemic norm.

“It’s hard to be around clients who are suddenly not wearing masks as we work closely with them face-to-face,” said Ivy Pomerantz, a hairstylist in Vancouver. “We have been conditioned for two years to wear the mask almost everywhere we go, but taking off the mask makes me feel naked and less secure.”

Ian Bowen, an assistant store manager, also found the transition to be tough. “I think it’s just because of how closely we interact with the public.”

He said most of his colleagues at a big box store in Grande Prairie, Alta., have had difficulty adjusting. (Alberta and Saskatchewan were the first provinces to drop their mask mandates on March 1.)

“Most people I work with really don’t mind wearing a mask. I think they’re uncomfortable having to deal with people who don’t want to wear one because they don’t have the option, necessarily, to remove themselves from that situation when they’re with a customer — not easily anyway.”

An Li Tsang, a library assistant at the University of Toronto, called the decision to not wear a mask around public-facing workers “selfish.”

“You can make that personal choice to not want to protect yourself,” she said. “But it then puts everyone around you at risk, even if they are wearing a mask, because you’re creating that prolonged contact.”

She said capacity limits and distancing requirements have been phased out at her workplace, but said she has it better than most — the university will keep its masking requirements until the end of the semester on April 29.

“I think a big worry for all of us is that now, even though the university mandates it, a lot of people will have this ammunition to say, ‘Well, it’s not a requirement anywhere else. Why is it a requirement here?’ And so that, just from a service standpoint, puts us in a really awkward position.”

Tsang has already noticed some regulars at the library who consistently need to be reminded to wear masks. She reports that most people are receptive to hearing reminders about masking, but that others “look really annoyed when I come up to them.”

Tsang isn’t alone in feeling the tension between unmasked clients and masked workers. Pomerantz has also noticed friction between people wearing masks and those who don’t. “It feels very hostile in my place of work. People come in and are quite rude and riled up, almost as if they’re trying to start a fight.”

Personally, Pomerantz doesn’t mind interacting with people without masks, but she sympathizes for her immunocompromised coworkers and clients.

According to Statistics Canada, 38 per cent of Canadians in private households have one or more underlying health conditions that could make them more susceptible to complications after contracting COVID-19.

Vancouver businesses that have decided to keep a mask mandate in place for their customers, as well as staff, have already started to face harassment. Massy Books in Vancouver’s Chinatown, for example, started receiving messages from people claiming that they would show up in large numbers, unmasked, at the location because of the policy.

Anti-masking bullies are planning to harass Massy. FYI, we may lock our front door soon, requiring access by doorbell/knocking only, just until these tools find something else to do with their time. Maybe I should get water guns, lol. Other suggestions welcome pic.twitter.com/WcTYxrt7WP

The discomfort that some workers have experienced mostly stems from concerns about safety. Two days after Alberta dropped its mask mandate, Bowen tested positive for COVID-19.

“I’m pretty confident it came from work,” he said. “The only places I go out are to work and grocery shopping. And I try to limit my grocery shopping to mornings and evenings just to limit how many people I’m seeing.”

Bowen, who wears masks in all public places, started feeling symptoms early in the morning of March 12. He took a rapid test around 2 a.m. and came back positive. Just four hours later, he would have been due in for a morning shift at work.

“I was lucky that I had a test on hand that I could use,” he said. “I tested because I was symptomatic. I’m lucky that I showed symptoms.”

Bowen would like to have seen a more cautious rollout to loosening restrictions in Alberta.

Tsang agreed, saying, “I just think from a data perspective, we don’t necessarily have the evidence to support such a move. I know in Ontario the testing situation has been really weird. I was only able to secure a rapid test a few days ago after them supposedly being available for months. And I only have five of those. So I have to choose carefully which times I use them.”

From Bowen’s point of view, the subject of masks has been politicized, causing mandates to drop too early. He fears that cases may spike again — but that provincial governments will not have an easy time re-implementing a mask mandate if the public health situation requires it.

Recent modelling from Ontario’s COVID-19 Science Advisory Table may confirm those fears. The group of scientists who advise the Ontario government wrote in the report that some indicators of COVID-19 have “stopped declining,” and that some indicators are rising again amid loosening restrictions. They warn that Ontario may need to renew public health measures such as masking and vaccination campaigns.

A spokesperson for the Ontario government said in response “Ontario has done significantly better than the best-case scenario provided in the last modelling and we now have the lowest rate of hospitalizations out of all provinces.”

It’s not just Ontarians who are concerned. The Manitoba Teachers’ Society released a statement on its website after Manitoba’s mask mandate ended, calling the move “premature,” acknowledging that the Canadian medical community still advocates for the use of masks.

Canada’s chief public health officer Dr. Theresa Tam said Friday that mask-wearing is still highly recommended, even when it is no longer mandated by local authorities.

“We’re in a period of uncertainty where the virus is still undergoing evolution,” Tam said.

How are employers faring?

Organizations that represent business, such as the Retail Council of Canada and Restaurants Canada, have largely lauded the move away from mask mandates, saying it will boost profits for embattled businesses carrying COVID-19 debt.

Annie Dormuth, provincial director for Western Canada with the Canadian Federation of Independent Business, told Global News that only 35 per cent of small businesses in B.C. are back to their pre-pandemic sales numbers, and that the average small business in B.C. carries about $200,000 of debt, thanks to COVID-19.

Oh ship! All the superyachts seized from Russian oligarchs so far

Steve Mascarin, owner and operator of a number of dental clinics in the Greater Toronto Area, welcomes the loosening restrictions, saying it will make his patrons feel safer.

Talking about the challenges his business faced during the pandemic, Mascarin said: “We had a lot of our regular patients that just didn’t show up at all, or they would cancel because they were so scared. Not because they didn’t want to follow the rules with the vaccine or the masks — but they were just scared to go out.”

Mascarin thinks that the removal of mask mandates will create a more welcoming environment for patients, and help them get over COVID-19 anxiety. He noted that dentist offices are already safe environments because dental professionals were wearing protective equipment even before the pandemic and will continue to do so after.

As for his administrative staff who check patients in and out, he will likely not enforce a mask mandate, nor will he for his patients.

“If the powers that be say that it’s OK not to wear masks, I think they’re going to feel a lot safer, a lot better,” Mascarin said.

As for employees who feel uncomfortable at work interacting with unmasked patrons, employment lawyer and Hum Law Firm founder Lai King Hum says employers will have to examine their obligations.

“Generally speaking, if the employer complies with what public health directives require, then they will have complied with their obligation to keep the workplace safe.”

She added that “employers could also mandate safety requirements that are better than what public health [authorities] direct.”

It remains to be seen what the evolution of masking will look like in Canada as the pandemic waxes and wanes. What both the business community and health officials agree on is that Canadians must exercise tolerance during this adjustment period.

To the people who are choosing to shed their mask as mandates expire, Tsang said: “I completely empathize and understand why you don’t want to do it anymore. But it feels like you just need to hold on a little bit longer, and then we’ll all be there together.”

4:42
Experts caution about letting our COVID-19 guard down

Four Priorities for Talent Acquisition Leaders in 2023 (i4cp login required)
I Have 2 Questions For You (Motivational Video) Fearless Motivation
Podcast: What to know about “novelty hunting.”
‘It was my heart’: Women with heart disease face barriers to care in Canada, report says
This Year, Let Go Of The People Who Aren’t Ready To Love You