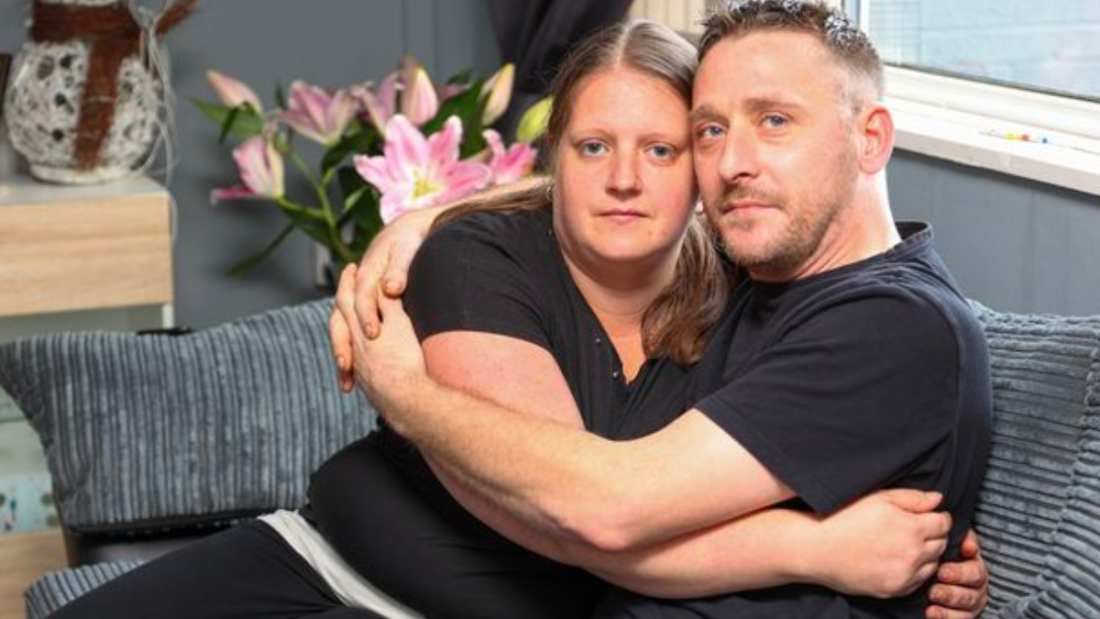 For two years, factory worker Matthew Sandbrook suffered from debilitating headaches. He shrugged them off, chalking them up to stress and working the night shift.

However, after suffering a seizure at work, he knew he couldn’t keep ignoring them. “I started sweating and had to ask a colleague to take me home,” Matthew said. “The next morning I couldn’t even walk and had to crawl upstairs.”

After multiple tests, he heard the words no one wants to hear: he had cancer.

Matthew was diagnosed with glioblastoma in September 2021. Brain cancer. By the time he was diagnosed he had a tennis ball-sized tumor in his brain and the aggressive cancer had already spread to his spinal cord.

Even with intensive radiation and chemotherapy, doctors gave the 36-year-old just three months to live. Both he and his family, including his partner, Rebecca, and three sons, Connor, 15, Kyle, 13, and Tyler, 9 were shattered.

But where there’s life there’s hope and Matthew’s family was determined to make the most of his remaining time.

Wanting to make it as special as possible, she reached out to their community in Worcester, England, for help. And boy, did the community deliver.

As news of his illness spread, so too did the Christmas spirit. People came forward with presents and donations while others helped to organize the huge surprise party, replete with volunteer elves, a DJ, and a snow-making machine.

And on October 6, 2021, over 200 family, friends, neighbors, and strangers turned up on the Sandbrook’s front lawn to give him a Christmas to remember.

Dressed in Christmas sweaters and Santa hats, the crowd clapped and sang “Stand By Me,” as Matthew and his family came out to greet them. They continued serenading the family with Christmas carols and ended the night with a touching rendition of Snow Patrol’s “Run.”

“We have really brought the Christmas spirit to Warndon — we really did it,” Nikki said of the party. “It was an amazing, emotional, heartwarming night which gives you such faith in humanity,” she continued. “There were so many people there, some who didn’t even know Matty but had read about his story on Facebook and wanted to show their support.”

After the party, Matthew shared that he was overwhelmed and “blown away” by the surprise.

In a Facebook post he wrote later that night, he said: “Struggling to find the words with how I feel right now. On cloud 9 with what’s happened today.. you spend years and years thinking your on your own. (Small family circle) and all this happens in such a short space of time. I’m totally blown away with today.”

In the midst of tragedy, a community came together in a beautiful way to support one of its own. They didn’t just spread Christmas cheer, they spread love. They gave Matthew one of the greatest gifts any of us can ever receive: the knowledge that we are not alone. That we matter.

They brought the true spirit of Christmas — one of love, hope, and joy — at a time when it was desperately needed. And it meant the world to a dying man.

Matthew went on to live nearly a year longer than the doctors predicted. He was able to spend one last Christmas with his family after all.

Sadly, he passed away just over a year after his surprise party, in November 2022. But not before making precious memories with his family, including the one shared by strangers and family alike. A memory that will surely last long after he is gone.

‘Gen Z yellow’: Next ‘it’ colour or marketing ploy?
Watch the Breathtaking Moment a Family Finds Their Missing Son Lost at Sea as Part of Viral Rescue Mission
This Is What Self-Care Really Means, Because It’s Not All Salt Baths And Chocolate Cake
The Choice We All Have , But Only a Few Apply It | Joe Dispenza
Waitress Soothes “Fussy and Teething” Baby So Mother Can Finish Her Meal