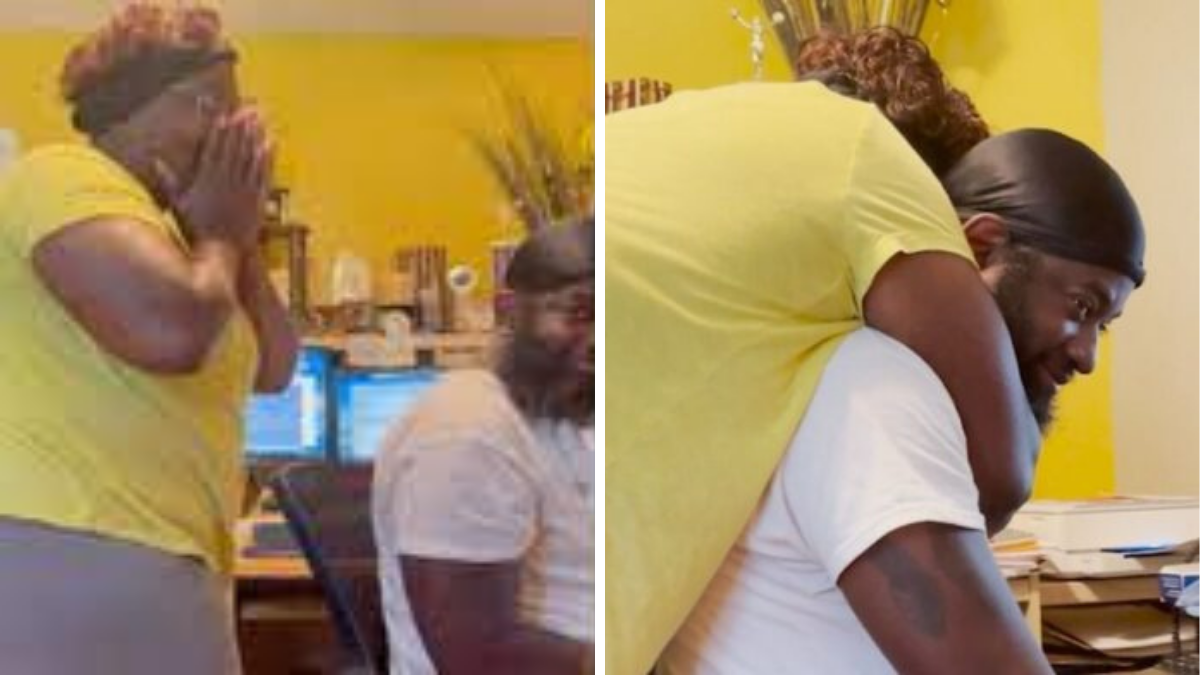 One of the ultimate shows of gratitude a successful child can give their parent is to pay off their mortgage or buy them a house. You hear it all the time, when somebody is about to hit it big, the first thing they want to do is buy their parents, or more specifically, their mom, a house. It’s a dream many of us have but are not often able to successfully achieve. For one South Carolina man, however, that dream became a reality.

Malcolm Jenkins, who has been deaf since he was three years old, was in town to visit his family, and he wanted to use the occasion to do the thing he had always wanted to do– pay off his mother’s mortgage. Since he wanted it to be a surprise, Malcom and his sister Natasha hatched a sneaky plan. Malcolm had been secretly checking the mortgage balance over a few months, and when he was finally ready to erase it, he and his sister told his mother that they wanted to make a small contribution towards it as a gift.

“My mom made sure as we all grew up that there was nothing we could not accomplish despite any odds that may have been stacked up against us. [My brother]  is a true example of doing anything you put your mind to.”

Natasha made the phone call for her deaf brother, initially calling the bank and saying the family wanted to make a small payment. Once on the phone with the bank representative, Natasha dropped the bomb, saying: “[We] actually want to pay off the account”. Upon hearing those words, Claudia screamed in surprise, began dancing up and down, and hugged her son, Malcolm.

“My brother lost his hearing at three years old, but that never stopped him from living and excelling in life.”

Despite being deaf from a young age, Malcolm became a successful man, both in business and in life. A wonderful father and son, he was able to give back to his family in a way that many of us only dream of. If all of us could pay it forward like Malcolm, the whole world would be a better place.

“No matter how far we come, our parents are always in us.” ― Brad Meltzer

61-Year-Old Accidentally Leaves Her Wallet at a Walmart Parking Lot – One Teen Drives Miles Just to Return It to Her
Parents issue warning after teen dies from inhaling aerosol deodorant
Looking for love? 44% U.S. adults use dating apps to find long-term partners: study
How to Show Up When Nothing About Your Life Is Perfect
Gary Vaynerchuk’s Life Advice Will Change Your Future | Gary Vaynerchuk Motivation (Gary Vee)