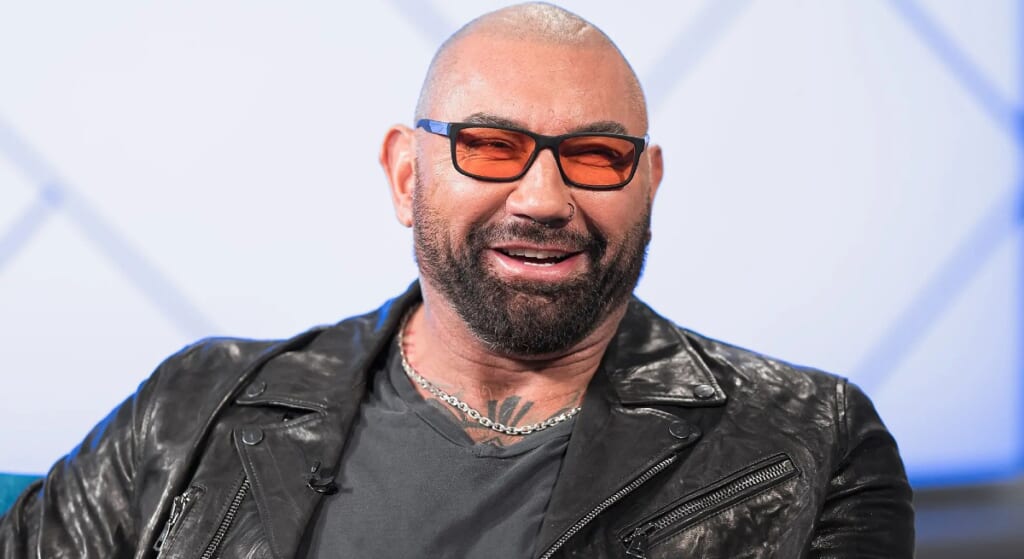 Dave Bautista wasn’t always rich. He first started out at 30 years old in a small wrestling group most people haven’t heard of. Yet the multi-talented man went on to dominate multiple careers and amass a fortune, the latter of which he would learn to hate.

It’s a hard thing for most people to imagine. Isn’t wealth the surest sign of success in life? And isn’t being rich sure to make you happy?

Was the late rapper Notorious B.I.G. right when he wrote in his song “Mo Money Mo Problems” that: “I don’t know what they want from me, it’s like the more money we come across, the more problems we see!”

RELATED: Dwayne ‘the Rock’ Johnson Turns Down People’s Choice Award – What He Does Next Is Unexpected

According to Business Insider, in America today it requires an income of $85,000 per year to achieve what experts call financial happiness. However, as wealth increases beyond that and begins to enter the territory of rich, stress levels tend to rise significantly as well. According to CNBC, people with an annual income of $200,000 or more reported overwhelmingly that they felt stressed – more than 70% of such people felt so.

In short, a sense of financial security can bring happiness, but being rich probably won’t. That was certainly the case for Dave Bautista. At least it was before he put his money to a use that finally made him happy.

Who Is Dave Bautista, and What Is His Net Worth?

Dave Bautista, 53, is a successful man by just about anyone’s metrics. He made a name for himself as a professional bodybuilder, something that came easily to a man who stands six and a half feet tall and weighs in at just under 300 pounds. He would go on to enjoy true success as a professional wrestler, his first appearance coming in 1999 when he was 30 years old.

RELATED: John Cena Beat His Bullies in the Most Surprising Way

Bautista went on to sign a contract with the WWF and garnered major attention for the next decade as Batista, a six-time Heavyweight World Champion.

Bautista soon turned to acting and landed roles in hit movies like James Bond’s Spectre, Guardians of the Galaxy, and 2021’s Dune. As of date, his total net worth sets him at a cool $16 million. For a man who once lived in relative obscurity, often plagued by poverty, to a life of fame and riches – it proved to be more than he could handle. And he absolutely hated it.

What Was He Doing With His Money That Made Him So Unhappy?

Speaking to Men’s Health, Bautista said: “I was a guy who was super shy, and I didn’t talk to girls. I didn’t know how to talk to girls. And I didn’t have any money. I was always poor, I was always broke, and people were buying me drinks or buying my food.” But once his success came, he said: “I went from that to making a ton of money and girls throwing themselves at me, and I wasn’t ready for that. I didn’t know how to deal with it. So, I made all the bad cliche mistakes.”

RELATED: How Much Money Do You Need to Be Happy? The Answer May Surprise You

Those mistakes including buying multiple sports and luxury cars, like Lamborghinis and Bentleys. He would later say: “I wasted all that money, and I could’ve done a lot of good things with that money. I could’ve helped people; I could’ve helped animals. But honestly, I was miserable and I was just trying to buy happiness.”

It turned out that he could buy happiness, just not by buying things for himself.

With acting on TV and in films adding ever more money to Bautista’s already sizeable estate, the frivolous spending could easily have continued. But finally, Bautista realized he could buy happiness if only he spent his money on other people.

RELATED: 15-Year-Old Dwayne Johnson Saved His Mom From Taking Her Own Life – And It’s A Moment He Will Never Forget

He had been estranged from his parents for a time in his late teens, being in and out of legal trouble and running with a rough crowd at the time. But as a successful and wealthy adult, he had reconnected with his parents (his mother had come out as a lesbian and is separated from Bautista’s father). Soon after the reunion, Bautista bought his mother a house. And to be clear, it was a lovely home in a safe neighborhood, a far cry from his childhood home where he claims multiple murders took place in the front yard before he was nine.

The satisfaction and happiness Bautista felt after buying a home for his mom finally showed him that wealth can bring immense joy if it is put to proper use – the old expression “it is better to give than to receive” rang true for Bautista at last.

What Dave Bautista Does Buy for Himself?

Gone are the days when Dave Bautista makes impulse splurge buys like quarter-million (or more) dollar cars. Granted, he could, but he now knows that’s just not the way to be happy. But he does buy himself some things, and what he spends his money on is actually pretty charming – remember, this is a man who is 6’6”, 290 pounds, and famed for playing the bad guy.

As it turns out, Dave Bautista collects lunch boxes. And he has been collecting them for two decades, having started the hobby in 2003. Many of the lunchboxes he acquired are rare and valuable, while others are more about a personal interest he may feel.

RELATED: John Cena: Pick Yourself Up

And true to form, while Bautista loves collecting lunchboxes, what he likes doing even more is giving them away as gifts, which he reportedly does with great thoughtfulness. Per Uproxx, Bautista is known for finding out what people like, especially his fellow cast members when he is working on a film, and then finding a lunchbox that matches their interest, be it a James Bond 007 themed lunchbox or a Charlie’s Angels lunchbox.

Whether he is giving the gift of an entire house to his mother or a lunchbox to a friend or coworker, with Dave Bautista, it’s all about the giving that makes it worth it to earn well.

John Cena Broke His Most Important (and Most Challenging) Record