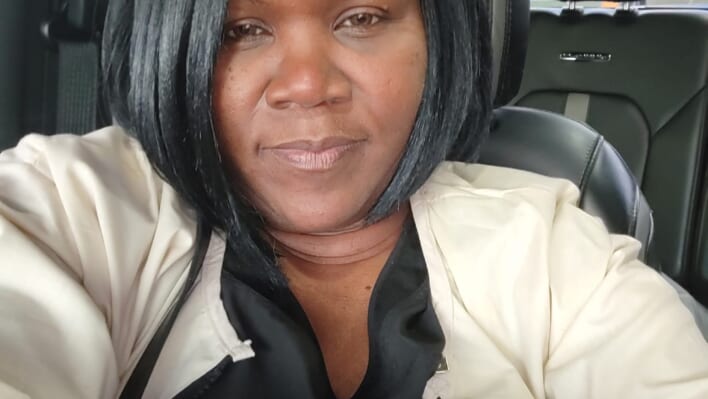 Sometimes as you’re going through your day, you witness something special. That’s what happened to Ben Hendley.

Hendley was waiting in line to pay at a Walmart in Canton, Texas when he witnessed an extraordinary act of kindness taking place in front of him.

A couple in front of him was paying for gifts for their children but their card kept getting declined.

“This couple (passing through from Fort Worth, Texas) are trying to get their kid’s presents as they travel to their family get-together (they live two hours away),” Ben wrote in the post. “And his card gets declined. Again. And again …”

Just when the couple was about to give up and leave with purchasing the items, a “God-sent” woman stepped in.

“The lady in front of me (from Mississippi) says, ‘You know what? It’s Christmas! I’ll pay for it!’” Hendley added.

The woman is Joyce Hargrave. And you actually can say she was “God-sent” because she owns the God Sent Health Care Staffing Agency.

RELATED: Single Mom Is Worried She Can’t Put a Thanksgiving Dinner on the Table for Her Family – Then, Firefighters Show Up With a Complete Meal

A Stranger Insists on Helping

The couple was hesitant to accept the help and insisted that the amount was too much — the total they owed was $200.

The wife tried another card, but that card was also declined.

It was later learned that the store’s credit card machine was not working properly.

The couple kept refusing the woman’s help, but she insisted on paying for their purchase.

“Hush. I don’t want to hear any more. I’ve got this. I’m going to bless you like God’s blessed me,” Hargrave told the couple according to Hendley.

The couple was so thankful to Hargrave. But they weren’t the only ones affected by the kindness. Hendley, and all those around who watched the entire thing unfold in front of them, were so inspired.

Hendley was so moved by her selflessness that he followed Hargrave to the parking lot to tell her how much her actions touched and inspired him.

When he reached her car, Hendley noticed the woman’s license plate: It said “GOD SNT.”

RELATED: Dad Realizes He Can’t Afford an Expensive Plane Ticket for His Toddler – So a Stranger Buys It for Him and Quietly Slips Away

The two chatted and later connected over social media. Hargrave even tagged Hendley when she saw an article online about her act of kindness, which of course started with his post.

The act of kindness touched the hearts of people online as well.

“What a wonderful story…great to know there are still good people in this world!” one commenter wrote under the post.

“This is what Christmas is about…” another one wrote.

One woman shared a similar experience she had in the checkout line once.

“I was just putting my CC in wrong one time in a grocery line and a kind man popped up and said I’ll pay for you. Just wouldn’t take no for an answer. Such a blessing I didn’t expect,” she commented.

Hargrave not only helped out the embarrassed couple whose card kept declining, she also inspired everyone watching who will hopefully take the time to spread kindness in their own ways.

KEEP READING: Kind Stranger Pays for a Young Mother’s Pancakes – She Doesn’t Realize The Impact of Her Deed