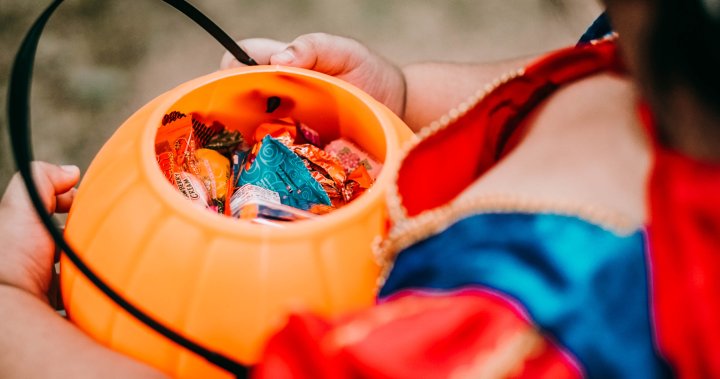 Non-profit organizations in Canada are urging Canadians to shop for sustainable candy options this Halloween in an effort to protect rainforests that are under strain from climate change.

Palm oil, which comes from the fruit of the oil palm plant, is the most widely produced vegetable oil across the world with increasing demand, according to the Toronto Zoo. Although palm oil is used in various products such as plastics, cosmetics and food — including Halloween treats — its production is harmful to the environment and animals.

According to the Orangutan Foundation International (OFI), between 1,000 to 5,000 orangutans are killed every year as a result of losing their habitat to oil palm plantation. Earlier this month, the Toronto Zoo published a post on their social media to encourage consumers to “shop smart this Halloween” with sustainable palm oil options — a move that the zoo has been advocating for many years.

Dolf DeJong, the president and CEO of the zoo, said the organization hopes to inform the public about the problem of unsustainable palm oil industries, where forests are cut down to plant oil palms.

“The forests are home to literally hundreds and thousands of different plant and animal species, and often they’re clear-cutting (rainforests) to put in that monoculture,” said DeJong in an interview with Global News, adding that in some cases, forests are burnt down for palm oil trees to be planted.

“Our key thing is we have to take steps to protect that habitat for the animals and plants that live there so they can have a viable future,” said Dejong.

Dejong said animals in the zoo could help people connect to their wildlife counterparts who lost their habitat due to deforestation caused by unsustainable palm oil plantations.

0:44
A new survey breaks down how Canadians decide what to buy for trick-or-treaters


Ruth Linsky, one of the founding members of OFI Canada, said consumers could send a message to big companies “by voting with their dollars,” which means choosing products that use sustainably grown palm oil or no palm oil at all.

“Even though (the animals’ natural habitat) is far away from Canada, it’s a way for Canadians to show that they care about the environment, rainforests and different species on a global scale.”

Linsky said when consumers are trying to determine whether a product is “sustainable,” there are certain standards to look for.

Linsky said people should check if palm oil is produced from a place with previously established plantations that don’t do further harm to rainforests.

The key to sustainability is how companies and farms are managing the production of the product, and this doesn’t only apply to the palm oil industry, said Alejandro Marangoni, a professor at the University of Guelph who holds the Canada Research Chair in Food, Health and Aging.

“The concern with palm oil is that if it’s not grown responsibly — and that goes for actually for any crop — it can lead to the destruction of a lot of tropical rainforests and that is not seen in favor in terms of sustainability,” said Marangoni. “But I believe that in the last three, four years, there’s been a concerted effort in trying to improve on the sustainability of the plantations.”

Marangoni said consumers can check if a palm oil is sustainable on a list maintained by the Roundtable for Sustainable Palm Oil (RSPO), which includes companies and supply chain holders that use RSPO-certified palm oil based on a global standard.

Marangoni noted there has been a shift away from using palm oil in industries where consumers demand sustainability, but that there are still challenges around how much products cost and how companies produce alternative products.

“Every single vegan product these days contains coconut oil because they say that palm oil is not sustainable. But at the same time, an improperly managed coconut plantation… or a soybean oil soil plantation in the Amazon rainforest could also be creating a lot of damage,” said Marangoni.

Marangoni added that sustainable food options should also be affordable for consumers.

“We need to sit back and make it as sustainable as possible, as healthy as possible and keep the cost down,” said Marangoni. “Otherwise, it’s going to be hard for many people to feed themselves and that’s not going to be a good situation.”

It Takes One Person To Make You Feel Like You Matter | Kyle Scheele Inspirational Speech | Goalcast
The Rise of RockyNoHands | The Gamer Who Can Beat You At FortNite With His Mouth | #goalcast
How to Be Intolerant of Dysfunction | Josh Shipp | Goalcast
Podcast: What to know about “novelty hunting.”
How to Show Up When Nothing About Your Life Is Perfect