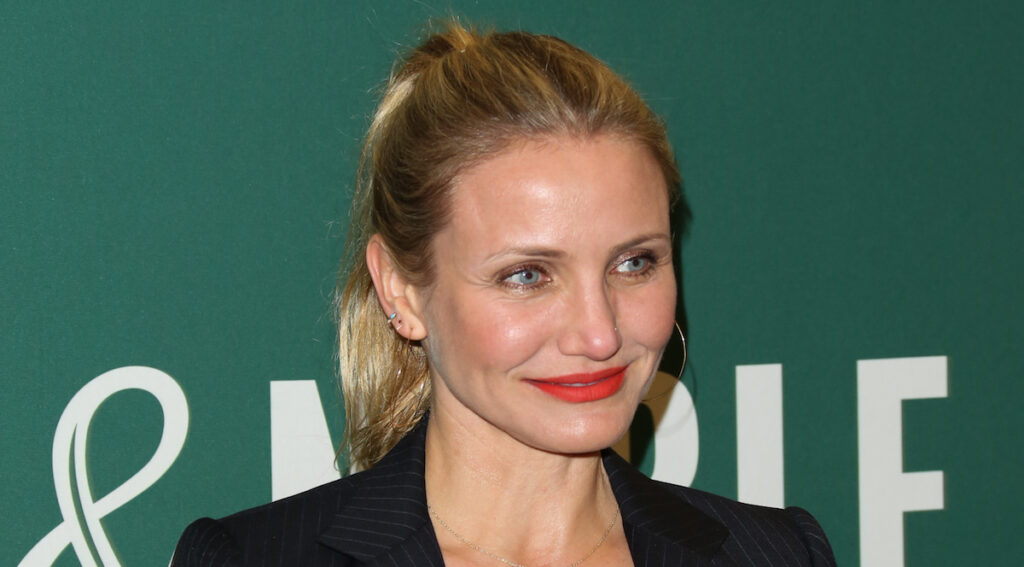 The former actress is laying bare the rigid aesthetic standards that dominated her life over the last 40 years, explaining why she has chosen to eschew them as she gets older. Once widely regarded as Hollywood’s most attractive actress, coupled with an enviable physique, height, and hairstyle, Cameron knows a thing or two about commanding everyone’s attention with her appearance. Yet, youth has a deadline, and as her fifth decade rolls around, she’s opening up about what it truly means to be beautiful.

Cameron Diaz on Being Objectified and Exploited as an Actress

In a candid episode of Michelle Visage’s Rule Breakers podcast, the Charlie’s Angels actress revealed how her beauty regimen has evolved since her departure from the industry. In her nearly 20 years as an actress and as a prominent female celebrity prized for her good looks, she is all too familiar with the stringent codes about beauty and wellness that dictate our culture. “I am absolutely a victim to all of the societal objectification and exploitations that women are subjected to,” she said.

In the movie business, an actress is expected to prove her beauty first and foremost, and only when she has passed the test and showcased her physical appeal to the masses is she given the opportunity to demonstrate her talent. Naturally, Cameron also felt like she had to follow the same trend and adopt those conventions as she was making her mark in the arena.

“I have bought into all of them myself at certain times.” She added how there’s prolonged psychological impact to staring at yourself in the mirror the entire day; you’re constantly examining every facet of your face and body and evaluating how it stacks up against the ideal feminine form. “You just start to pick yourself apart, you know,” she stated. “And you’re like, ‘Why am I sitting here like being so mean to myself?’ My body’s strong, my body’s capable. Why am I going to talk down to it? Why am I going to be mean to it when it’s like carried me this far?”

It’s hard not to look at yourself and judge yourself against other markers of beauty, and I think that that’s one of the biggest things… The last eight years, girl — I’m like wild. I’m like a wild animal, like a beast!

Your body is a living, breathing entity that you can’t continuously refine to perfection. The curves, the blemishes, the wrinkles, the bad hair days — they’re a part of you, and they represent the changes your body is able to withstand as you go through the years. You can only preserve this enigmatic idea of ‘flawlessness’ to an extent, and sooner or later, you’ll need to look within yourself to accept or even love yourself. In Cameron’s case, it took some pretty significant milestones — retirement, motherhood, turning 50 — to realize her self-worth and break away from the toxic guidelines she submitted to in the years prior.

Since Leaving Hollywood, Cameron Diaz Has Embraced Her “Wild” Side

Since stepping away from the spotlight and welcoming her daughter Raddix with husband Benji Madden, Cameron has learned to let go of vanity. “The last eight years, girl — I’m like wild. I’m like a wild animal, like a beast!” she said in the podcast. At an age where most women are worrying themselves sick about their changing bodies, Cameron is relishing her freedom. She’s her own boss — unbothered about society’s doctrines about attraction, unconcerned by the criteria imposed upon middle-aged women. Today, she hardly has the time or the care to glance at herself in the mirror. “I don’t care. Literally, the last thing I think about on a daily basis — like maybe not at all during the day — is what I look like,” she said. She has far more on her day-to-day agenda than scrutinizing herself about the latest development on her face.

Despite owning “a billion products” geared toward skincare, she doesn’t have any particular routine. “I literally do nothing. I, like, never wash my face,” she said. “Twice a month if I’m lucky.” Sometimes she’ll sample the items just to check them off the list, but more often than not, she’ll forgo them altogether. “I’ll be like, ‘Oh, I better put this on. One time works, right?’ Like, is that all I have to do?” The mother-of-one simply doesn’t have the “energy” to spare when it comes to her beauty regimen.

The last thing I think about on a daily basis, maybe not at all during the day, is what I look like.

With her 50th birthday approaching, Cameron is looking forward to breaking away from traditional ideas about beauty and health. Her focus is on staying strong for herself and her family. As someone who became a mother at a relatively late age, Cameron understands time is precious. Therefore, she wants to channel and exert as much energy as possible for her young child. “I want to be the mum that runs around. I want my energy to stay vital,” she said.

Cameron Diaz Reminds Us to Focus on Health, Not Beauty

Though the collective mindset is shifting, there’s still an excess of social media personalities trying to promote unhealthy ideals of beauty and fitness, forcing women to judge themselves for not being as perfect as the figures they see on their screens. It’s one thing to take part in these ideas for the sake of your own self-care, but to treat them as necessities is only going to hurt you in the long run.

As you get older, your notion of beauty will change, and you’ll start to value other areas of your life. Health is what will determine your quality of life; therefore, it will be vital for you to cultivate a positive mindset and nurture a healthy relationship with your body. Of course, the doubts are going to creep in here and there, but as long as you know what your priorities are, you’ll be able to leave the nitty-gritty behind and think about the bigger picture.

Why I Didn’t Trust Myself to Make Decisions (and What If It’s All Okay?)
How I Stopped Worrying About Running Out of Time to Achieve My Goals
Waitress Soothes “Fussy and Teething” Baby So Mother Can Finish Her Meal
How I Stopped Feeling Embarrassed and Ashamed of Being Single
The two kinds of productivity advice