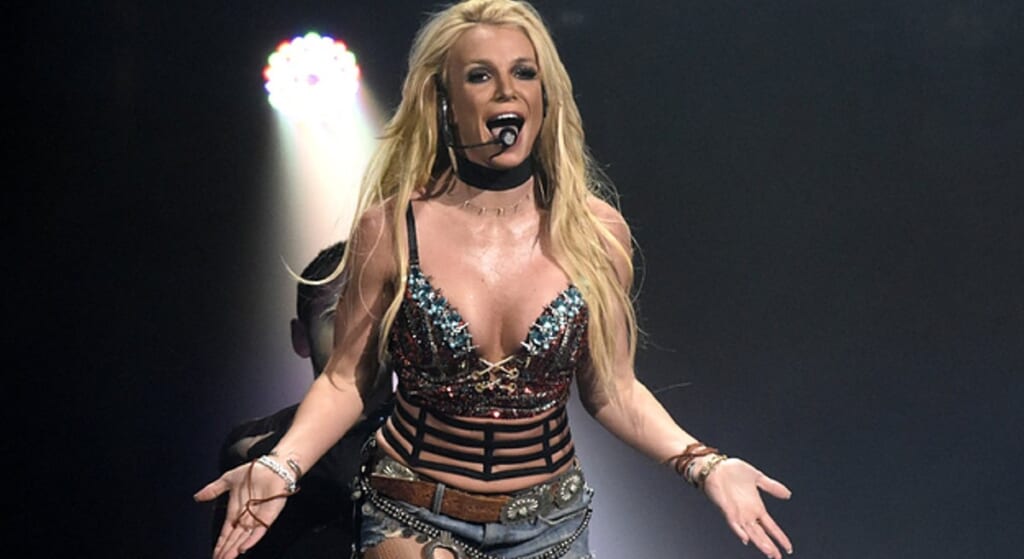 It has been too long since we’ve heard new music from Britney Spears. The pop superstar announced in 2021 on her @BritneySpears Instagram account that she would no longer perform as long as she was still battling her court-ordered conservatorship.

RELATED: Britney Spears, Amanda Bynes and Why Breaking Conservatorship Is Such a Powerful Victory

“I’m not gonna be performing on any stages anytime soon with my dad handling what I say, do, or think!”

To the delight of all, Spears was finally released from her nearly 14-year conservatorship and the draconian control her father had over her life. And the newlywed is making the most of her newfound freedom; she’s married her long-time love Sam Asghari and now she’s making her long-awaited comeback to reclaim her spot as one of the most beloved pop stars of her generation.

Leave it to Spears to make her come back epically. Not only is she returning to the studio on her own terms but she is collaborating with legend Sir Elton John on a duet of one of his most famous songs.

And the reviews are in! According to Page Six, “This was Elton’s idea, and Britney is a huge fan. They have recorded a remix of ‘Tiny Dancer’ as a full duet — and it is incredible.”

Britney and Elton met up last week at a studio in Beverly Hills to record the duet. “Tiny Dancer” is set to be released next month and it will be Spears’ first single since 2016’s “Slumber Party.”

RELATED: 5 Daily Habits to Steal From Elton John, Including Knowing When to Stop

“Tiny Dancer” was written by Elton John and Bernie Taupin and was originally released on his 1971 album Madman Across the Water.” It was released as a single in 1972 and reached #41 on the charts. It was hindered by its more than six-minute length. In 2021, Rolling Stone named “Tiny Dancer” the 47th song on its 500 Greatest Songs of All Time list.

Britney’s fans are going nuts over the news. The account @britneycharts tweeted, “Tiny Dancer is the perfect song for Britney, cause she’s tiny and a dancer.”

Britney has indicated she’s ready to get back to work and she’s excited about it. She recently shared an Instagram Story of her grooving out and singing a sultry, more adult version of her classic 1998 song “…Baby One More Time.” In her Instagram caption, she wrote, “… I haven’t shared my voice in an extremely long time … maybe too long …”

This isn’t the first time Elton John has collaborated with some of the biggest and rather surprising names in the industry including artists like Nicki Minaj, Ed Sheeran, Eminem, Lil Nas X, and Lady Gaga.

Elton John remains a force since his debut in the ’70s. In 2021, during the covid-19 pandemic, John created The Lockdown Sessions featuring artists from around the world.

RELATED: 135 Teamwork Quotes That Teach The Power of Collaboration

John’s duet with Spears is produced by legendary producer Mike Watt, who has worked with Miley Cyrus, Pearl Jam, Red Hot Chili Peppers, Justin Bieber, and Ozzy Osbourne among others.

The vibe of the new recording of “Tiny Dancer” is said to have a nightclub vibe similar to Elton John’s collab with Dua Lipa on “Cold Heart” which took a spot in the Uk charts for 29 weeks.

Spears is making the most of her newfound freedom and finally taking her career into her own hands. An avid Instagrammer, her account expresses frustration at all the time lost due to her conservatorship, including an updated version of “…Baby One More Time” that was halted.

RELATED: Cameron Diaz Has “Un-retired” from Acting – And There’s a Good Reason Why

She hasn’t worked since 2019 when she took an indefinite hiatus but fans can get their Spears fix from her personal account. While her posts showcasing her dancing, vacationing, and singing have held us over, knowing she is back in the studio is the news fans have been waiting for.

As Page Six says, “people are ‘freaking out’ after hearing the song, and ‘Britney is officially back.’”

What Is the “Toxic” Singer Teaching Us?

Of course, most can’t take the time off that millionaires can. It took Spears years to extract herself from her conservatorship, a team of lawyers, and a #FreeBritney movement, but she stuck to her guns and proved that she was competent to run her own life.

Britney shows us that we have to fight for what we believe in and what we know is right for us. Don’t let anyone dull your sparkle. We need to shine like the stars we are and make the choices that work for our own lives. It’s the idea of standing up for yourself and unacceptable work environments, and knowing that, “No” is a complete sentence.

This Is What Britney Spears Is Not Saying About Her Conservatorship

All the Things I Didn’t Tell the Men I Dated Because I Was Afraid
Parents issue warning after teen dies from inhaling aerosol deodorant
Femcels: Inside the enigmatic subculture of involuntary celibate women
Monica Lewinsky’s Overwhelmingly Kind Look at the World 25 Years Later
How to Un-Stub Your Toe on the Nail of Life | Eric Bailey Motivational Speech | Goalcast