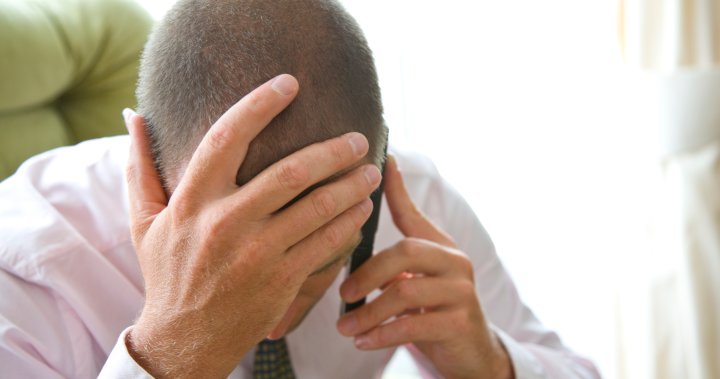 Many British Columbians are concerned someone in their household will suffer job loss lose and be unable to provide for the family.

This is most evident in the western provinces with two-in-five people expressing this concern. More than half of Canadians feel like they are being outpaced by the rising cost of living, the new poll finds.

The poll from the Angus Reid Institute has found 53 per cent of Canadians agree they can’t keep up with the rising costs, while 44 per cent say they have yet to feel that level of pressure.

It has been two years of economic volatility, supply chain disruptions and plenty for financial stress for Canadians.

“The cost of just paying for the staples, food, gas, rent,” Shachi Kurl, president of the Angus Reid Institute said. “The cost of heating your home, all of those things have Canadians feeling cost pressured.”

In addition, this poll found the rising cost of gasoline and energy, is compounding concern about household bills.

Market watchers are predicting gas prices in Metro Vancouver could set yet another all-time record, amid the fallout from the Russian invasion of Ukraine.

It comes just weeks after prices in the region soared to new heights, topping $1.80 earlier this month.

Half of the respondents said they would be unable to cover an unexpected $1,000 expense. One person in seven who said they could not deal with a surprise bill of any amount because their budget was already too stretched.

As costs rise, majority of Canadians are changing their food-buying habits, survey finds

Canadians say they are changing their spending habits in order to meet increased costs.

One-in-five people, 22 per cent, say savings have been deprioritized.

Households with children said they are more likely than those without to cut back on discretionary spending and delay a major purchase. They are also more likely to have postponed contributions to savings such as RRSPs and TFSAs, the poll found.

The cost of childcare is also a huge expense for many parents in Canada. Two-in-five, 39 per cent, with kids in childcare said it is “tough” or “difficult” to pay for the care they need in order to work. About 46 per cent described the expense as “manageable.”

6:46
No short-term solutions to rising cost of living: former Bank of Canada governor

As inflation keeps rising in Canada, many Canadians said they feel they are falling behind as the cost of living increases.

Fifty-three percent said they cannot keep up with the cost of living while more than two-in-five disagree.

As a result, the poll found Canadians are more stressed, than not, about financial issues. Seven-in-10 people said money is a source of stress, which is more than double the respondents who say it never bothers them.

The Angus Reid Institute conducted an online survey from Feb. 11 to 13, 2022 among a representative randomized sample of 1,622 Canadian adults who are members of Angus Reid Forum. For comparison purposes only, a probability sample of this size would carry a margin of error of +/- 2.5 percentage points, 19 times out of 20. Discrepancies in or between totals are due to rounding. The survey was self-commissioned and paid for by ARI.

How I Stopped Feeling Embarrassed and Ashamed of Being Single
Mexico’s richest man lists $80M NYC mansion and it could break records
High-Performance Companies are 6x More Likely to Have “Fit” Cultures (i4cp login required)
All the Things I Didn’t Tell the Men I Dated Because I Was Afraid
Femcels: Inside the enigmatic subculture of involuntary celibate women