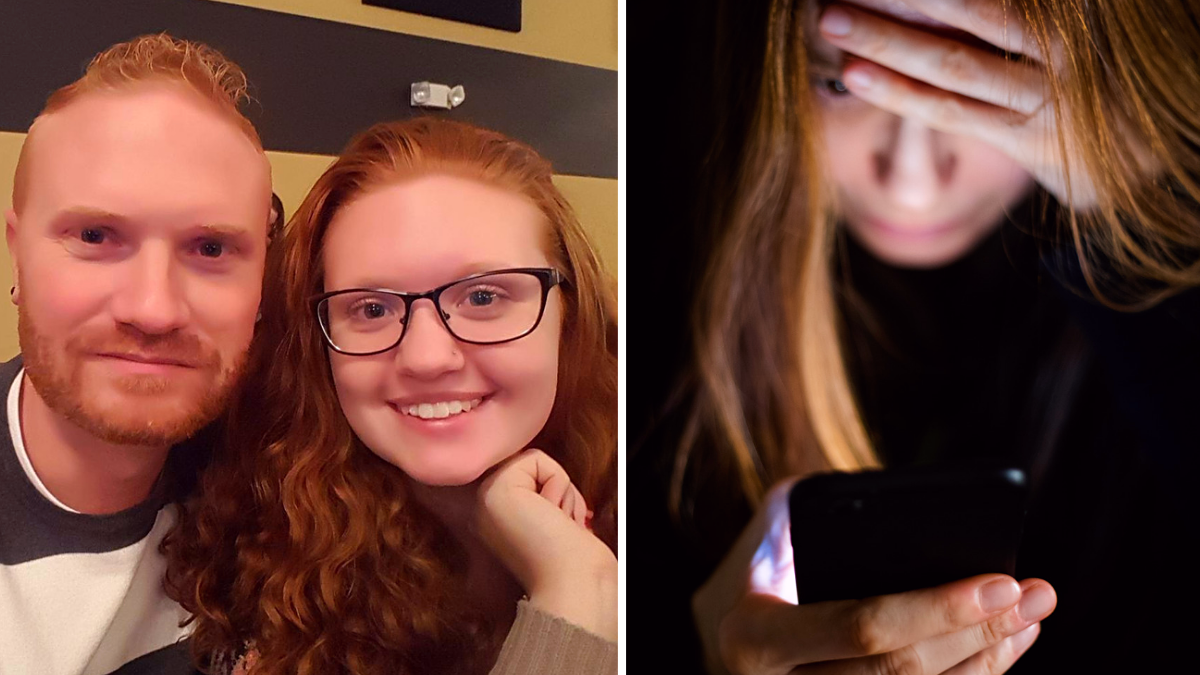 When Scott Jenkins, father to a 15-year-old girl, stumbled upon the online profile of a boy his daughter was friends with, he was immediately suspicious. Little did he know that an act of what may seem like an overprotective parent would actually save his daughter from being a victim of a nightmare.

Jenkins regularly checks his teen daughter, Hayley’s tablet to monitor her online activities. When he noticed sudden changes in her attitude and a time gap in messages and images, he monitored them secretly biweekly.

Two weeks later, he was shocked to find inappropriate pictures of his daughter sent to a teenage boy named Bruce. Furious, he investigated Bruce’s social media profile to confirm his identity and found that he was indeed a 15-year-old boy like his daughter. However, Jenkins found it suspicious that Bruce’s friend’s circle consisted of older men. So, he decided to report it to the Cyber Task Force of Portage Portal.

Seven months later, Jenkins received a call from the police asking him to come to the police station. He was greatly overwhelmed when the police informed him that he had probably saved his daughter from being a victim of sex trafficking.

This is not someone else’s problem. This is right here, right now, and as real as the tears I shed for the innocence that was stolen from my daughter.

Bruce was unknowingly being used as a scout to lure young teenage girls for “the men to pick and choose from.” These men, who were from all over the globe, were chatting with young girls convincing them to meet up.

What shocked Jenkins the most was the fact that his daughter was considering meeting Bruce and his “friends.” The thought of losing his daughter forever scares him to this day and he is thankful for the moment he decided to confirm his suspicions.

Five years after the incident, Jenkins recounts the dreadful event to alert other parents of the dangers of the internet and social media. He says that this could have happened to anyone and urges parents to consistently monitor the online activities of their children who are still young.

Dig into your children’s accounts, ask them questions, and tell them not to have “friends” they don’t actually know. I had no idea just how close I came to never seeing my daughter again. It’s worth the upset it may cause your child to keep them safe.

It is common for teens to demand privacy and freedom but sometimes in the process, their innocence is taken advantage of and they easily fall prey to predators. By sharing his story, Jenkins helps parents realize that it is important to set boundaries while granting them the freedom to explore the world. It is never too late to save your children from being caught by the vicious traps set against them.

If you have an inkling that something isn’t right, follow it. It may save someone’s life.

How To Find True Happiness | David Meltzer Inspirational Speech | Goalcast
He Was Fatally Beaten by Memphis Police — Now People Around the World Are Sharing #SunsetsForTyre in His Honor
61-Year-Old Accidentally Leaves Her Wallet at a Walmart Parking Lot – One Teen Drives Miles Just to Return It to Her
‘It was my heart’: Women with heart disease face barriers to care in Canada, report says
How I Stopped Feeling Embarrassed and Ashamed of Being Single