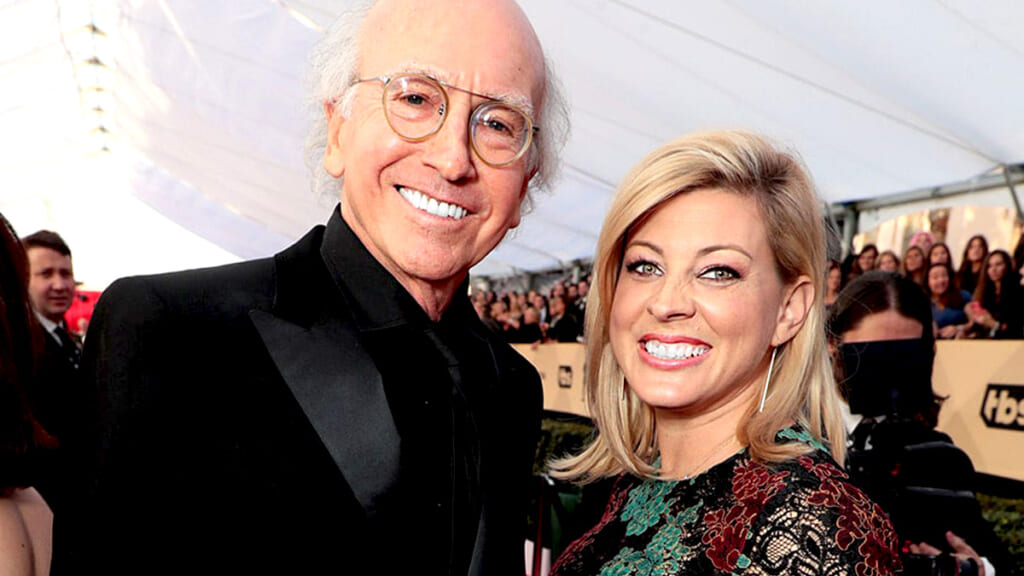 The romantic relationships of stars are never-ending sources of gossip and tabloid fodder. According to the media, celebrities are either in a long, committed marriage, (essentially a wealthier version of many of us) or they are incapable of long-lasting relationships and flit from one celebrity love story to the next. Obviously, like every other group of people, celebrities and their love lives are more nuanced than what meets the eye.

RELATED: Jackie Sandler (Adam Sandler’s Wife) and the Story Behind Their 22-Year Romance

Some celeb couples do manage the impossible and keep their relationship out of the limelight. Seinfeld co-creator Larry David’s surprise marriage with Ashley Underwood in 2020 is one such example. Not that there is anything wrong with privacy, but you would expect the media to quickly expose the love life of a famous comedian and actor. That being said, there is nothing to worry about with this relationship.

Who is Larry David’s Wife?

The fates of celebrity marriages might be unpredictable, but what is consistent is their tendency to marry within their industry. Larry David’s relationship with Ashley Underwood, whether the couple realizes it or not, goes against the preconceived notion of a celebrity marriage.

Underwood has worked in the entertainment industry like David, but beyond that, little is known about her. She was reportedly born in the state of Georgia. She studied at the American University of Paris, graduating with a Bachelor of Arts degree, and then went on to attend John Marshall Law School.

RELATED: Keanu Reeves and Alexandra Grant Are More Than An Unconventional Couple

Before breaking into Hollywood, Underwood worked as a nurse to provide for herself while finishing her studies. The most known about her professional life is that she’s a producer, her only known work is her collaborations with Sacha Baron Cohen on Who is America? and Borat Subsequent. She is a reputedly successful businesswoman, but as mentioned before, her workload aside from Cohen is currently unknown.

How Did Larry David Meet His New Wife?

Underwood and David met through their mutual friends, comedian Sacha Baron Cohen and actress Isla Fisher. Both couples have past professional histories with each other. Underwood worked as a producer on Cohen’s Who Is America?, a satirical series for Showtime. On the other side of professional, Fisher guest starred in David’s most famous post-Seinfeld work, Curb Your Enthusiasm. Although the couple’s work together are interesting coincidences, David and Underwtly met under different circumstances.

RELATED: Ben Stiller and Christine Taylor Prove That Divorce Doesn’t Have To Mean the End of Love

While attending Sacha Baron Cohen’s birthday party in 2017, David and Underwood were seated next to eachother and instantly hit it off.

In an interview with the New York Times, David says, “Much to her surprise I left before dessert. I was doing so well, banter-wise, I didn’t want to risk staying too long and blowing the good impression.”

The pair moved in together in 2019 and were married a year later. While Underwood’s past romantic life has yet to be revealed, David split from environmentalist Laurie David, with whom he had two children, after 14 years of marriage in 2007.

How Old is Ashley Underwood?

Age gaps are nothing new for Hollywood couples, and Underwood and David are no exception. Ashley Underwood is visibly younger than Larry David, so her age often comes up in questions about the marriage. It was reported that the two are apparently 38 years apart. With David’s age being out in the open, this puts Underwood at 37 years old. Nevertheless, while there is still speculation about her age, it has not been officially confirmed.

Considering the hilarious and often humiliating storylines that make up the bulk of material for David’s comedic persona, he is getting a break from society in this relationship. He has admitted that bickering is common in his new marriage, but it is all part of the newfound love. “There’s not a moment in the day when there isn’t friction between at least two of us.”

In an age when every detail is available, it’s a nice reminder that everyone, including celebrities, is entitled to privacy. This lack of knowledge is an indication of respect from the public and David’s willingness to keep his love life quiet.

Enrique Iglesias and Anna Kournikova Are the Ultimate Unconventional Couple