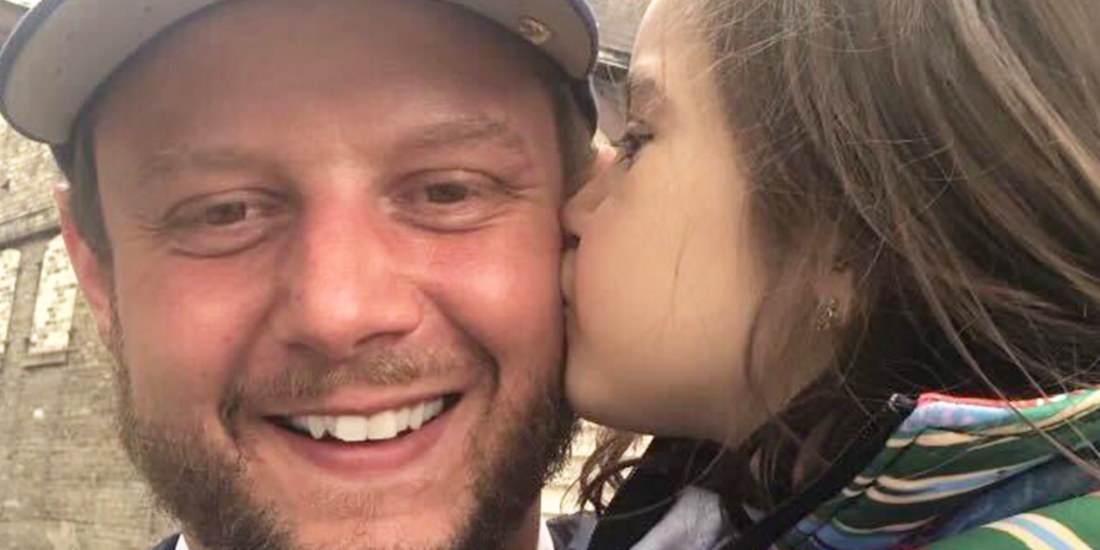 She was just six years old when her father, 32-year-old Jordon Wakefield, passed away.

It would be two years before Kyleigh found out how he died.

Initially, Kyleigh’s mother, Brittany Brunette-Thimmesch, told her daughter that she didn’t know how her father died and that they were still waiting for answers.

“She was way too young to comprehend and understand what happened.” Brunette-Thimmesch told Today Parents. “I didn’t want her to get feelings of like, ‘Why wasn’t I enough?’”

However, she always knew that someday she would tell her daughter the truth.

When kids at school started questioning how her dad died, Brunette-Thimmesch knew that day had come.

Kyleigh was 8 years old when her mother sat her down and revealed the truth — her father, who struggled with depression, had died by suicide.

The conversation lit a fire inside Kyleigh. She decided to turn tragedy into lemonade – literally.

The week of her dad’s birthday Kyleigh set up a lemonade stand outside of her house. Her sign read: “Lemonade for Mental Health. In honor of Jordan Wakefield. 100% goes to suicide prevention.”

“We wanted to raise the money in honor of my dad so that no other kid would have to go through losing a parent,” said Kyleigh.

While people came for the lemonade, many ended up staying to share their own personal stories of struggle. And in the end, not only did Kyleigh raise $800 in just two days but she also did something even more invaluable: she made others struggling with their mental health feel a little less alone.

RELATED: Quick-Thinking Uber Driver Gets Asked To Drive To ‘Suicide Bridge,’ Does This Instead

Kyleigh personally handed over all of the proceeds to Mental Health America in Sheboygan, Wisconsin. Its mission “is to promote overall mental health through education, support, public health reform, and advocacy.”

Not only does the non-profit agency provide resources to the local community but it also has special meaning to Kyleigh and her family. It played a large role in helping them heal.

Kyleigh misses her dad every day. “I miss everything about him,” Kyleigh shared. “I miss him telling silly jokes. I miss him bringing me to school in the mornings and tucking me in at night.”

And she’s not the only one out there who has lost a loved one to suicide.

Suicide is a leading cause of death in both the United States and Canada. According to the CDC, one person dies by suicide every 11 minutes. Of those deaths, more than 90% were living with a mental health problem or illness. They never received the help or resources they needed.

RELATED: 13 Years Ago, His Crush Talked Him Out Of Suicide–Today, They Are Married

Kyleigh wants to change that. She wants to help people who can’t afford it get the services they need. She plans to make her lemonade stand an annual tradition.

Kyleigh’s stand is a beautiful tribute to her father, but it’s also so much more. She’s not just selling lemonade, she’s in the business of spreading awareness, inspiration, and hope. Three things that truly can make all the difference in someone’s life.

If you or someone you know is thinking about suicide, please call the NATIONAL SUICIDE PREVENTION LIFELINE at 800-273-TALK (8255) or text the Crisis Text Line at 741-741.

Beyond Dry January: 5 Benefits of Extending Your Break from Alcohol
Waitress Soothes “Fussy and Teething” Baby So Mother Can Finish Her Meal
The Choice We All Have , But Only a Few Apply It | Joe Dispenza
The two kinds of productivity advice
I Have 2 Questions For You (Motivational Video) Fearless Motivation