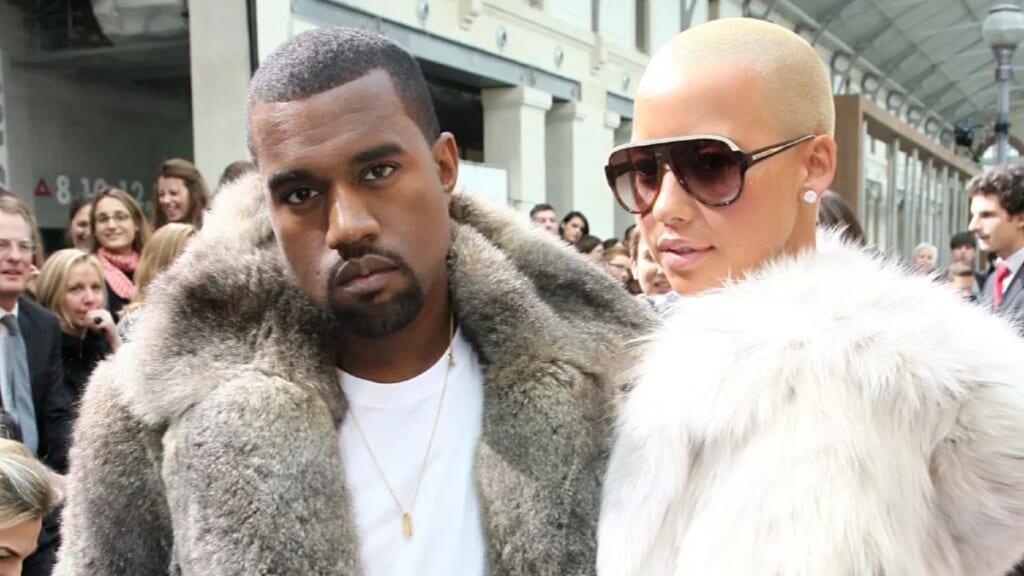 When it comes to relationship goals, the controversial world of celebrities can be a revelatory pool of the best and worst examples. Kanye West’s tumultuous romantic life falls squarely in the latter category, especially since he split up with Kim Kardashian. But right before he dated the reality star, the rapper was in a romantic relationship with model Amber Rose.

RELATED: Why Kanye West’s Admission That He Was Wrong In His Marriage Is More Important Than We Think

Right before he met Rose, the singer was engaged to fashion designer Alexis Phifer in 2008. But the sudden death of his mother, Donda, brought an end to their on-again-off-again relationship and soon Kanye found his next muse — Amber Rose.

But the “Heartless” singer’s love for Amber was short-lived as the model was soon left to face his mean comments and relentless bullying, which continued even years after the couple parted ways.

It was via Ludacris’ music video for “What Them Girls Like” that Kanye first came across Amber. The video in question features brief appearances of many women, but there is no denying that Amber stands out. Kanye was quick to approach her with the proposition of flying her to LA so she could star in the music video for his song “Robocop.”

In a chat with The New York Post, Amber recalled how she thought someone was pulling a prank on her when Kanye called her and introduced himself. Convinced that it was a call made in jest, she hung up on him, only for Kanye to call her again and assure her before making the offer again.

While the video never saw the light of day, it served as the catalyst for Amber and Kanye’s new friendship to progress and soon the “Fame” singer found herself at the Grammys as his guest. In a chat with The Post, Amber shared that at the time, she and Kanye weren’t dating and were still just friends nor did they grace the red carpet as a couple.

For the event, Kanye bought her an expensive Chanel bodysuit. While Amber was moved by his gesture, what made her fall in love with him was Kanye’s admission that he didn’t care that she was an exotic dancer.

From there, the couple was inseparable and often graced many high-profile events hand-in-hand, including 2009’s infamous MTV Video Music Awards (where Kanye stormed the stage during Taylor Swift’s acceptance speech), which marked their first red carpet appearance.

During this time, Amber’s career as a model also took off and she walked her first runway show at New York Fashion Week in 2009. She posed for a Louis Vuitton print advertisement featuring Yeezy’s sneaker line and also starred in many music videos.

How Amber’s Romance With Kanye Became A Nightmare

In 2010, the couple made the decision to temporarily part ways, but it soon became evident they wouldn’t be getting back together. Though Kanye officially started dating Kim Kardashian in 2012, Amber revealed that the duo started seeing each other while she was with the rapper and the elder Kardashian sister was in a relationship with NFL Reggie Bush

For Amber, Kim was nothing short of a “homewrecker” as she revealed in a chat with Star Magazine that the reality star used to send her pictures to Kanye and encouraged him by calling and texting him. Amber said that she tried to reason with Kim via email but the latter never bothered to respond.

RELATED: In Defense of Kim Kardashian: How She Earned Her Riches and Fame – But Not the Hate

In her chat with The Post, Amber openly talked about how Kanye “can’t be faithful” and is someone who is “unfaithful with a lot of different women.” While she was aware that people thought she should “owe him [her] life” as her fame was a result of her association with the singer, she knew she didn’t deserve to be loved halfway.

Amber soon found love in rapper Wiz Khalifa, whom she referred to as the “better man” and eventually married him in 2013, followed by the birth of their son. But by 2014, the couple separated, with Amber citing irreconcilable differences.

But even as the years rolled by, Kanye West continued to find demeaning ways to remind the world that he was once in a relationship with her. In 2015, the rapper sat down for an interview on The Breakfast Club and was quick to make his infamous “30 showers” comment against his ex-girlfriend while addressing the war of words between the Kardashian family and Amber at the time, after the latter criticized the then 17-year-old Kylie Jenner for dating rapper Tyga.

If Kim had dated me when I first wanted to be with her, there wouldn’t be an Amber Rose. It’s very hard for a woman to wanna be with someone that’s with Amber Rose. I had to take 30 showers before I got with Kim.

Kanye’s insistence on verbally targeting Amber didn’t end here. In 2016, during a Twitter argument with Wiz over the title of his album, Kanye unnecessarily dragged her into the drama and commented how Wiz “let a stripper trap [him]”

Amber Rose Chose To Take The Higher Road Against Kanye

While Amber Rose was never someone who would take a beating lying down, she refused to stoop to Kanye’s antics and tweeted that while she could easily let the world know “who u really are and the things you’ve done to me,” she would refrain from doing so as she once loved him.

So, instead of dragging out the issue and relentlessly trying to prove her worth while Kanye continued commenting about her, Amber chose to embrace heridentity and refused to let herself be defined by the constant slut-shaming.

RELATED: Why We Need to Talk About the Pete Davidson and Kim Kardashian Dating Rumors

Thus, in 2015, she launched her own version of the Toronto SlutWalk — the Amber Rose SlutWalk, an event which has since taken place in Los Angeles annually as an empowering movement boasting gender equality while openly shunning and calling out body shaming, gender violence, and oppression. Amber decided to help women who went through these experiences reclaim their confidence and understand how those against them tried to rob them of their willpower with their words.

In a chat with Marie Claire, Amber shared that she decided to boldly embrace the misogynistic term as she realized she would be “called a slut whether I behaved according to other people’s standards or not […] So, I decided to take the power out of that word and reclaim it. I said f—k it, hoe is life. But don’t get me wrong—this self-proclaimed hoe is a powerful woman and an unapologetic feminist,” she added.

During her first SlutWalk, she bravely addressed how she has been consistently slut-shamed by Kanye — a man she loved but for whom she was “nothing but a stripper” and a “gold-digger.” But despite the fact that the words saddened and disappointed her, she refused to let them tamper with her positive outlook on life.

People are ignorant, you have to be the bigger person and the positive person to forgive and move on.

Kanye allegedly also talked about Amber during his 2020 presidential rally in South Carolina, where he called her a prostitute and shared how only after “God purged him” did he find Kim Kardashian.

But while Amber has often retaliated to his comments with fitting replies, she has always maintained that despite his constant bullying, she never said anything mean about him even though she had every opportunity to do so.

Seeing Kanye’s track record when it comes to his ex-girlfriend, there is no saying when he may decide to publicly ridicule her again. But Amber Rose has truly moved on, in every sense of the word. She has been dating Def Jam record label executive Alexander Edwards and gave birth to their son in 2019. As for the Amber Rose SlutWallk, she has been holding them annually without fail, not paying any heed to who lobs what criticism at her or the event.

Kanye’s words ended up encouraging Amber to not let his perspective dampen her spirit and in the long run, she transformed the negative experience into her catalyst for fueling her mission to encourage individuals everywhere to embrace their sexuality. Today, Amber is a revolutionary symbol of what it means to not be apologetic when it comes to proudly owning and standing by your sexuality.

‘She’s a wealth of knowledge’: Nova Scotia ‘Coupon Nannie’ offsets inflation
You are so weird (and it’s OK)
Emotionally Imbalanced? How Qijong Can Help You Heal Your Mind and Body
Fetuses smile for carrots but frown for kale, new ultrasound study finds
Matthew McConaughey’s Life Advice Will Change Your Future (MUST WATCH) Motivational Speech 2018