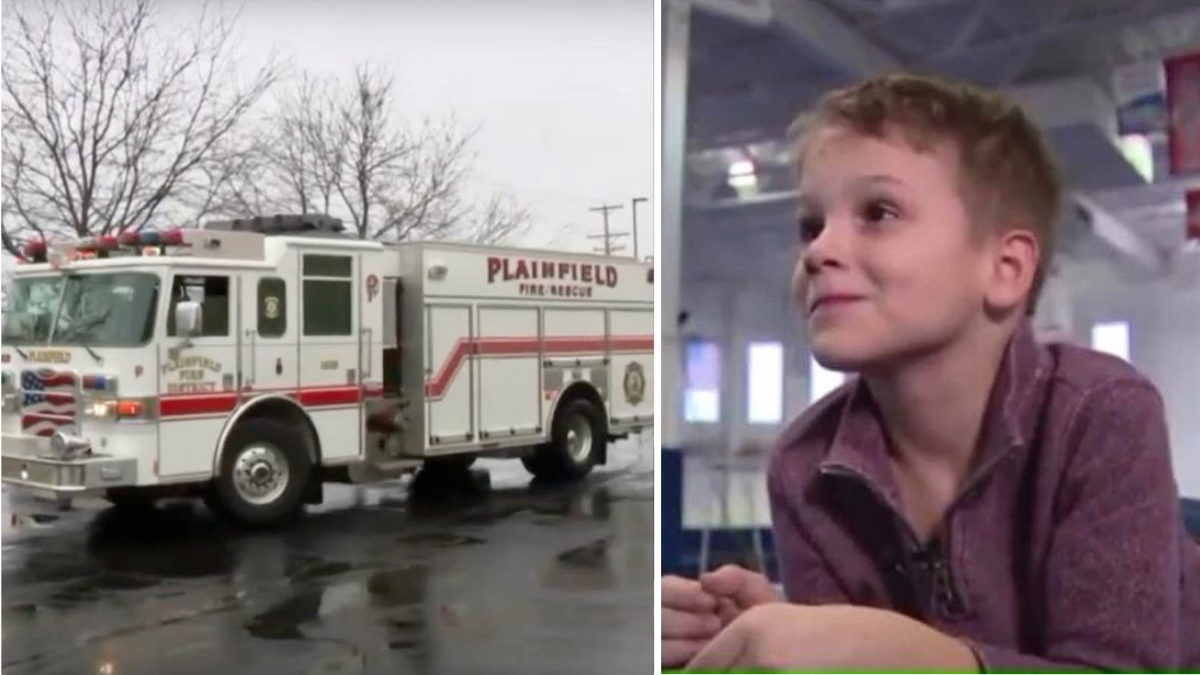 Dominic Giatras’ parents rented a gym play area for his seventh birthday party. It was going to be a perfect birthday at GymQuest, in Plainfield, IL, that has everything from trampolines to foam pits, and even a rock climbing wall and a trapeze.

Twenty children were invited to the party, but despite his mother receiving plenty of RSVPs saying they were coming, only one guest showed up.

Firefighters Step in When They Receive a Call for Help

Noreen Mattson, a GymQuest coach, was responsible for checking in the guests as they arrived; her heart sank with every passing minute.

Noreen noticed some moms from a previous party lingering in the lobby. One of them was married to a firefighter and Noreen decided to call the fire station.

“I called . . . I was a little emotional. I thought maybe they thought it was a prank call cause it wasn’t an emergency,” Noreen said to WGN News.

The Little Boy Was Overjoyed When He Saw the Unexpected Guests

The Plainfield Fire Department rolled up to Dominic’s party for an epic surprise. Twelve firefighters arrived at GymQuest on a rescue mission and their arrival changed everything.

We got the call at the firehouse. We heard what happened, what was going on. Absolutely the look on everybody’s faces was ‘let’s go there and help out.’

“He was ecstatic. He was overjoyed and the smile never left his face,” Noreen told WGN News.

They joined Dominic in a Nerf gun battle, jumped into the foam pit with him and even stayed for pizza and cake.

How Complete Strangers Gave a Little Boy a Memorable Day

In addition to being heroes during life-threatening emergencies, these firefighters saved a boy’s birthday party and turned his day from a sad one to an unforgettable one.

And I just pushed a firefighter in there, and then I jumped on him!

Like Lt. Eric Jensen told WGN News, “If we can make somebody’s day a happy day, I think that’s what we should be doing.”

All the Things I Didn’t Tell the Men I Dated Because I Was Afraid
How To Find True Happiness | David Meltzer Inspirational Speech | Goalcast
Monica Lewinsky’s Overwhelmingly Kind Look at the World 25 Years Later
He Was Fatally Beaten by Memphis Police — Now People Around the World Are Sharing #SunsetsForTyre in His Honor
‘It was my heart’: Women with heart disease face barriers to care in Canada, report says