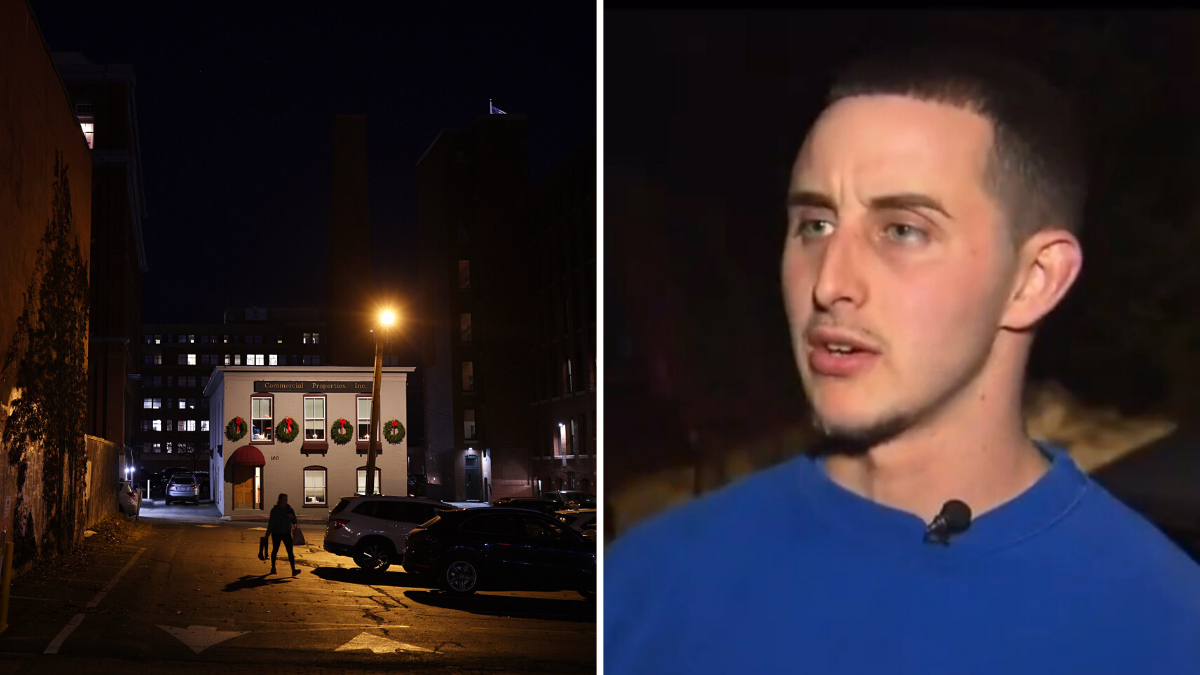 When a light in a car across the parking lot turned on, Jay Sarcione did not see a driver getting behind the wheel, but a woman being choked. That’s when Sarcione sprang into action.

The Hero Who Saved a Woman from Being Choked to Death

Sarcione was in a parking lot in Boston, MA, when he heard the scream of a woman. “I heard her: Help, help! She was screaming for help,” Sarcione told WBZ-TV.

Even though he was already in his vehicle, Sarcione decided to help. He jumped out of his snowplow and headed toward the screams.

In the dark of the parking lot outside Market Basket, he could barely make out the figure of a woman struggling. Only when the light in her car switched on could he see the picture more clearly. “It looked like someone was in a struggle,” Sarcione told WBZ-TV.

But then I started hearing the horn and the light went on inside the car, like the visor light, and I could see the woman, she was getting choked pretty hard and strong and she was getting pushed into the passenger seat.

The Hero Chased the Murder Suspect While the Woman Called 911

When the suspect saw Sarcione run to the car, he scurried away. Sarcione told the woman to call the police as he ran after the man.

Only when the suspect moved his hand toward his waist did Sarcione slow down, thinking the suspect was about to pull out a gun.

Shortly after, the police arrived and arrested the suspect, 53-year-old Rafael Rosario.

“I would like to commend the brave citizen who witnessed this incident and sprang into action to help,” Methuen Police Chief Joseph Solomon said. “However, chasing after a suspect is something that can be extremely dangerous, and we ask all residents that find themselves in an emergency to call 911 and let our officers take over from there.”

Yvonne Lesko, the woman Sarcione saved, told the police that Rosario forced his way into her car just before he began to choke her. Then he attempted to push her into the passenger seat of the car as though he was planning to carjack the vehicle.

Many people commended Sarcione on his heroic act, praising his bravery.

This is so refreshing to watch after seeing some videos where people did nothing. Faith in humanity: +25.

How a Snowplow Driver’s Courage Saved a Woman’s Life

Sarcione’s courage rescued Yvonne, and one day your courage could save someone too. Taking action is how we change the world.

be the unlikely hero

Monica Lewinsky’s Overwhelmingly Kind Look at the World 25 Years Later
Haute couture goes ‘surreal’ and upside-down at Paris fashion show
How to Show Up When Nothing About Your Life Is Perfect
61-Year-Old Accidentally Leaves Her Wallet at a Walmart Parking Lot – One Teen Drives Miles Just to Return It to Her
Looking for love? 44% U.S. adults use dating apps to find long-term partners: study