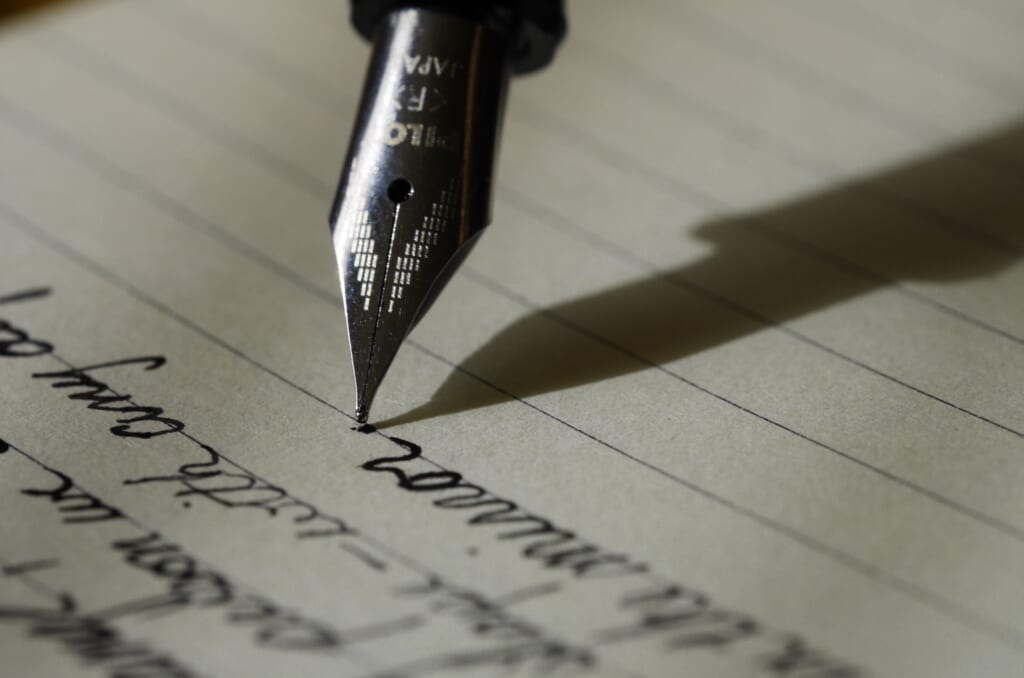 Almost anything that initially appears desirable becomes unpleasant in excess. Think of your favorite dessert, such as a chocolate brownie. Following a nice meal, you might be tempted by its sugary sweetness, the smooth texture, the feel-good hit of chemicals. But if you were forced to eat that brownie every day, you’d soon get sick of it. As British poet William Blake wrote: “you never know what is enough until you know what is more than enough.”

Creative inspiration is the chocolate brownie of mental nutrition. Most people want more creativity; high-flying Silicon Valley companies look for employees who can innovate and think outside the box, the fields of philosophy or fiction crave highly creative minds, and wider society needs novel ideas and fresh perspectives to evolve.

RELATED: What Is Groupthink? How To Avoid This Common Bias

But what happens when creativity gets out of control, when the ideas don’t stop, take on a life of their own, become overwhelming? Due to the nature of creative ideas, it’s easy to fall into the trap of more is more, always wanting the next insight, the next breakthrough, the next dot-joining connection. But, like all things, there is a point of more than enough.

This article will guide you through the process of creative overwhelm, to offer you more structure, grounding, ease, and relief. If you’re looking to transform your high levels of creativity from a burden into a gift, read on.

The Source of Creative Inspiration

Creative inspiration transcends the self. Even the etymology of the Latin genius refers to a ‘guardian deity or spirit which watches over each person from birth.’ The ancient Greeks believed creative inspiration was a bridge between the earthly and the divine. Famous philosophers and artists, from Socrates to Michelangelo and Da Vinci, all felt they were channeling from a Godlike source, beyond ordinary realms. Religious or spiritual inclinations aside, this points to the insurmountable power of creativity.

As I mentioned in a recent article on dream recall and creativity, I experienced a ‘creative awakening’ a number of years ago, like a door had opened to a new world of ideas. Initially, it blew me away. It was intoxicating and life-affirming and I was carried by its waves joyously, willingly… until it became too much. The breaking point came when I realized the intensity of creative ideas was having a significant impact on my life. I questioned whether to become a full-blown recluse, but knowing I’d like a vaguely ordinary life, I knew I had to get the creative ideas under control.

Creative ideas don’t respect your schedule, or your life beyond the inner world. When wanting to rest, or go to sleep, or socialize, or focus on something, anything, other than the idea for a book that currently stirs from the depths of your soul… It remains. And anything that has a hold over you, requires attention. Inspired by early conceptions of creativity, Carl Jung used the term daemon to describe this inner-spirit. Jung spoke of the importance of respecting this force, not ignoring it, but finding a way to channel it.

In Jung’s words: “There is rarely a creative man who does not have to pay a high price for the divine spark of his greatest gifts…” Getting the flow of creative ideas under control is crucial to well-being and fulfillment. Fortunately, there are a number of practices that can temper the genius within, to allow you to integrate it, without being consumed.

9 Steps to Deal With Creative Overwhelm

I don’t know whether you’ve been highly creative all of your life, or whether you’ve experienced some form of creative awakening. Either way, a good starting point is to accept that you have access to many ideas, and dialogue with your daimon, the strong creative force within. That’s a blessing, not a curse, and once respected and nurtured, it can elevate your life.

Once you look at the issue of creative overwhelm from this perspective, the solution presents itself in a different way. Why? Because in a world where creativity is often scarce, it can be tempting to hold onto or materialize… Every. Single. Idea. Attempting this is exhausting, so start by releasing yourself from that obligation, and start discerning. These steps will provide an additional foundation to build upon.

1. Be wary of shiny object syndrome

Shiny object syndrome explains how many people become attracted by new ideas, regardless of their value or usefulness. Caught in this loop, people are forever chasing new ideas, without following through with their earlier projects or plans. Ideas can be addictive, but as explained, they’ll continue to flow. Be cautious of being distracted by new ideas for newness’ sake. Develop a commitment to the ideas you’re expanding upon, and be decisive with bringing them into the world. Don’t let new ideas take you off course when you’re looking to complete a project, they can become their own form of distraction.

It’s taken me a while to appreciate the idea-generating capability of my brain. False modesty leads to more suffering. Self-awareness, on the other hand, has allowed me to understand what circumstances and situations set off a whole new dimension of thoughts and ideas. Some idea-triggers I’ve noticed include:

Knowing these triggers will allow you to discern when, or when not, to put yourself in a situation where you will inevitably be presented with new ideas. If already overwhelmed, or need to focus, do your best to manage them.

Find a journaling system that works for you. I use a mixture of physical notes and Trello to capture my ideas. I sometimes jot things down on my phone’s note-taking app if I’m out and about. It removes the exertion of holding on to, fearing they’ll disappear.

RELATED: What Is the Google Effect, How Does It Hurt Your Mind – And What Can You Do About It?

I used to note obsessively, including when waking up in the night, but I’ve relaxed in recent times, instead choosing to have faith in ideas that show resilience or keep coming back. And, really, if you’re overwhelmed with too many ideas, what does it matter if you lose a few?

4. Play the role of casting director, not idea generator

This one is brief but important: learn to step into the role of casting director. When first presented with an idea, see it as an audition: does this idea have promise? Does it have a place? Does it have an energy to it that seems like it’ll be useful, at some point? Not all ideas are equal. When you start to audition them, rather than try to give everyone a leading role, you’ll save a lot of time and energy.

Structuring is to the flow of creativity what the chisel to Michelangelo, the symphony to Mozart, the blueprint to Da Vinci, the branches to leaves, the skeleton to tissue, the seabed to the ocean. In other words, structure and fluidity support each other, and learning how to structurize (verb) goes some way to being in control.

For every brainstorm, you need a plan, a list of goals, deadlines even. When it comes to ideas themselves, it helps to know where they belong. Do they fit a certain category? Can they be assigned somewhere? What will their final form look like? If it’s too premature to answer these questions, let it sit.

What’s important is developing the ability to structure your ideas, and your routine and time management. What time will you dedicate to materializing ideas? Can you sit back and look at the bigger picture? Is there a book forming, or an album, or an Instagram post? How will you structure time to work on these ideas?

6. Trust your intuition and instinct

In other words, appreciate that ideas aren’t governed only by the mind and intellect, but form a much bigger picture. Start to understand how ideas land; if you’ve had many of them, you’ll know they aren’t all coming from a single brain. So which ones are yours to share? Which ones come encoded with a force much greater than you, enough that the idea will carry itself?

Rarely do I write an article that doesn’t mention mindfulness or meditation. Creating space from your thoughts is a necessity in order to deal with creative overwhelm. Actually, for someone like you, it’s even more important, because your ideas need additional discipline and distance to avoid becoming overly intrusive.

Meditation is a practice of creating that space. It teaches me not to chase ideas, not to become overly attached, but to get out of my own way, and just witness the ideas as they come and go. That stance gives me more freedom to choose and select ideas, rather than running around in dizzying circles, berating how I can’t keep up or write fast enough.

Even if you were to write or paint or create music or dance or do whatever your creative thing is, consistently, from now until the day you die, you won’t share all of your ideas. Let that liberate you, because knowing that gives you the relief of only having to choose wisely, operating at a manageable pace.

The ideas worth sharing will stick around. Many have a purpose you don’t consciously understand, surfacing in unexpected ways, like a poem you were going to write a few years ago coming back to you during a conversation with a friend, and those words being exactly what they needed to hear, at that precise moment in time.

Ideas aren’t for individuals, either. Some might find their way into the world without you. I get the jealousy, I’ve been there. But again, this is a cause of liberation. The thing you don’t write, the song you don’t sing, might one day reach you, through the unique expression of someone else. How incredible is that?

Oh, and let go of any expected outcome. As Elizabeth Gilbert writes in Big Magic: “to yell at your creativity, saying, ‘You must earn money for me!’ is sort of like yelling at a cat; it has no idea what you’re talking about, and all you’re doing is scaring it away, because you’re making really loud noises and your face looks weird when you do that.”

Charles Bukowski isn’t everybody’s cup of tea, but he is a writer who was able to articulate the sometimes painful, often ‘I have no choice’ quality of creativity. I’ll close with his wisdom, or more accurately, wisdom that moved through him, from his poem this kind of fire. Bukowski talks of the fire of creativity in a way that will stir the hearts of creative people, those with many ideas:

sometimes I think the gods

just to hear me

they just aren’t going to

the gods need me to

they must be terribly

and now my cigarette lighter

this kind of fire

When overwhelmed, remember that you have been chosen. Don’t romanticize the tortured artist or conflate suffering with creativity. Don’t lose your edge, but don’t let your edge lose you. Keep creating, but create with self-care in mind. Respect the fire, but let it burn through everything you make and pour from the depths of you. Know what fire is from the gods, and what is yours to kindle. Know when enough is enough, and rest, until next time.

Train Your Brain to Shed Distracting Habits and Concentrate Better

The Exhausted Extrovert: How I Stopped Worrying About How People See Me
Mom Learns Her Son Has Been Bullying Classmate – What She Does Next Shocks the Internet
Joyce Hawkins: 5 Interesting Facts About Chris Brown’s Mom
You are so weird (and it’s OK)
‘She’s a wealth of knowledge’: Nova Scotia ‘Coupon Nannie’ offsets inflation