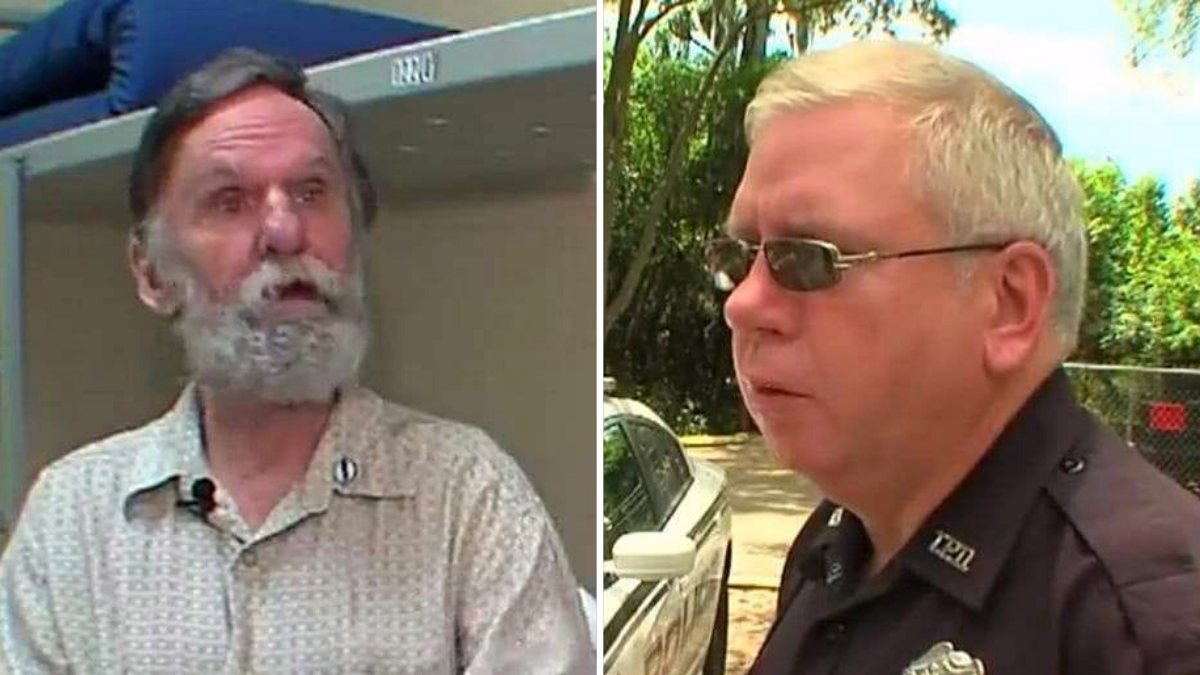 John Helinski, 62, had spent years living on the streets. In particular, a cardboard box at a Tampa Bay bus stop. “I just managed on my own. Sleeping underneath the benches there and no one would see me (sic),” Helinski said.

That’s where homeless liaison officer Daniel McDonald found him and brought him to the Drug Abuse and Comprehensive Coordinating Office Inc. (DACCO), a 24-hour centre for helping disadvantaged people find housing (check out these motivational quotes to help you rise above any dilemma you may face).

McDonald didn’t just stop there. He helped Helinski track down his lost identification papers. “As a homeless liaison officer, the bread and butter of my work often involves hopping department to department trying to help homeless people find the ID they need in order to get things like work and housing,” McDonald told ABC.

“We’re uniformed cops with police cars, but we want homeless people to trust us,” he added. “Our job is not to arrest someone. It’s to help them. Homeless people are still accountable to the law, but they’re now starting to see we can be trusted, and this new model and field of policing is gaining popularity very quickly, I think.”

A Forgotten Bank Account with Plenty of Money is Discovered

At DACCO, case manager Charles Inman worked with McDonald to track down Helinski’s papers. Helinski mentioned that he was born in Poland, but was a U.S. citizen and recalled having social security payments which was canceled.

So Inman and McDonald worked together to go to the local tax collector’s office and got him a temporary State of Florida ID card. Then, they successfully got Helinski’s birth record from the U.S. State Department’s Bureau of Consular Affairs.

With those two documents, they went to the Social Security office to ask why Helinski wasn’t receiving payments. It turned out he had, though he had lost his debit card and had no access to the bank account the money was being deposited into.

When Helinski finally got into his account, he had plenty of money in there- enough to put a down payment on a modest home.

Inman and McDonald said they were very happy Helinski would be off the streets.

This situation looked really difficult, and I wasn’t sure how it was going to end up. If it failed, it meant we’d put a 62-year-old man on the street, and Officer McDonald and I were not OK with that.

What’s the difference between someone living on the street and someone in a home? Often, especially in America, it’s bad luck- and that’s what happened here. What this story proves is that, sometimes all that’s needed to turn a life around is a helping hand.

It takes one person to change someone’s life forever.

Jordan Peterson’s Ultimate Advice for Young People | JOURNEY TO SUCCESS
Morning Routine to Activate Your Brain | Jim Kwik | Goalcast
On the brink: Why abortion access in Ontario is under threat
Escaping North Korea in Search of Freedom at only 13 | Yeonmi Park Documentary | Goalcast
Why Trauma Doesn’t Always Make Us Stronger (and What Does)