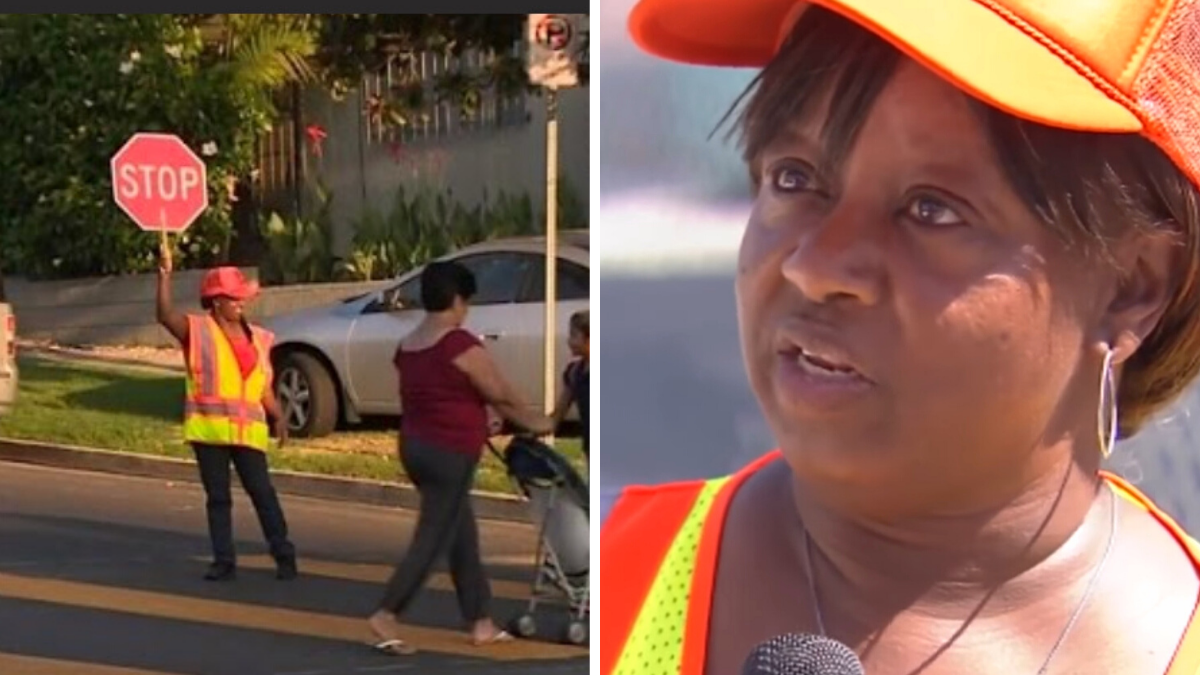 Adrian Young, who has been a crossing guard for more than 15 years, had just finished her shift at Alexandria Avenue Elementary School in Los Angeles. When the 4-foot-8 crossing guard saw a woman grab an 8-year-old girl in front of school and heard the girl’s cries, she didn’t think twice about grabbing the youngster’s arm and freeing her from the woman’s grasp.

“The little girl just started screaming, she was like, ‘Please, don’t let her take me, I don’t know her, she’s not my mom,’” Young told 13ABC. “I just told her to grab onto me as tight as she could, and I held onto her and the lady just began to attack me, so I just thought about attacking her to make sure she can’t take this little girl.”

Young received recognition and applause for her heroism, but she remained modest and said she was just doing what any mother would. “I’m very grateful for all the accolades, but I just did what I felt was right,” said Young, who is a mother herself.

I felt that if it was my child, I would want someone to protect her. I couldn’t see myself let that little girl be taken.

Adrian Young prevented a tragedy because of her diligence, training, awareness, and just because she cares so much about children, she prevented what could’ve been a kidnapping of a child.

Heroes come in all sizes

Young also received a tearful hug from the girl’s mother, Sharon Arellano. “If it (wasn’t) for her, I wouldn’t know where my daughter would be right now,” Arellano told NBCLosAngeles.

It’s easy to stand by and not help when someone is in a difficult situation, even if you know something isn’t right. But it’s up to those who are nearby to take action and help those in danger.

Be an active bystander and help someone in trouble.

Haute couture goes ‘surreal’ and upside-down at Paris fashion show
Why Change is Good | Motivational Video | Goalcast Motivational Speech
Four Priorities for Total Rewards Leaders in 2023 (i4cp login required)
Deliveryman Arrives to Pick Up an Order From a Bakery – Breaks Down When He Finds Out Why His Own Name Is on the Package
This Year, Let Go Of The People Who Aren’t Ready To Love You