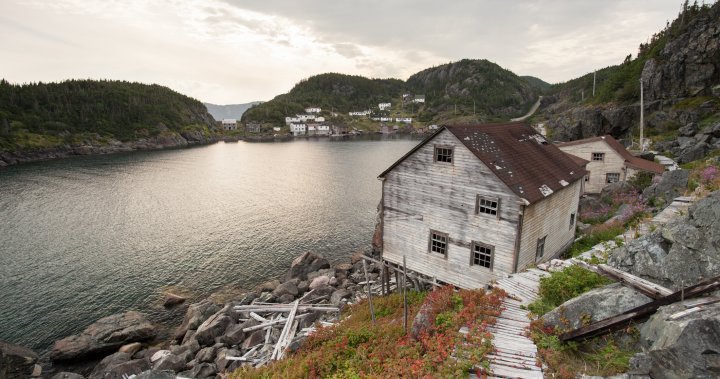 Did you know that Canada is full of abandoned towns?

Canada began as a place of tiny settlements, many of which grew into great cities. But not every settlement is destined to grow forever. Several towns were started and, in many cases, thrived for a while, before the inhabitants gave up and went to seek their fortune elsewhere. These spooky abandoned towns in Canada may not be as famous as the big, bustling cities but they’re no less fascinating.

If you’re moved by images of abandoned theatres, barns and television sets, you should put Bounty on your bucket list. According to Abandoned Playgrounds, Bounty lost its village status in 1997 because so many people had left. It used to be a thriving town back in the day, with a theatre, its own newspaper and even a professional baseball team.

The cheapest cities to live in Canada

Flowing directly into the ocean, Butedale Falls on Princess Royal Island should really be one of Canada’s must-see waterfalls. Next to the falls you’ll find the abandoned buildings of what was once a thriving town revolving around a salmon cannery that was built in 1911.

Founded in 1903 as a coal-mining town, Bankhead is located in what is now Banff National Park — home to some of the best hiking trails in Canada. The mines here supplied coal to the Canadian Pacific Railway and to the boilers at the Banff Springs Hotel. Atlas Obscura says that the mining operations closed in 1922 and the residents moved away.

20 of the most beautiful Canadian cities to live in

Of course there’s a place in Canada called Canuck, but it’s definitely not representative of what the country is all about. Once a thriving community, Canuck’s population started to drop in the 1930s. Today nobody lives here anymore. It’s located just north of the U.S. border and about 12.5 kilometres west of Climax.

Technically, Dorothy isn’t a ghost town because it still has a handful of residents. However, it’s full of abandoned buildings hinting of the town’s heyday, now long past. According to Ghost Towns of Alberta, the village got its post office in 1908 and experienced a boom in the 1920s with the arrival of the railway before its residents began to fade away.

According to Saskatchewan Ghost Towns, Robsart was founded in 1910. The arrival of the railway brought an economic boom, but the town went into decline with the Great Depression, a familiar story. Today there are only 20 inhabitants and tons of abandoned buildings.

18 hidden gems across Canada to see before you die

Nemiscam was founded in 1915 when inhabitants of nearby Bingham moved closer to the railway running parallel to Highway 61 in southern Alberta. According to Ghost Towns of Alberta, the town’s decline started in the 1940s as people moved to Foremost instead. Today, Nemiscam has only two inhabitants.

Flowerdale once boasted a post office, a general store and a sod house but soon it, too, faced the struggles of the Great Depression and hundreds of farmers moved out of the area. The Sunnynook District wrote that the surrounded fields were allowed to regrass and most of the original settlements’ descendants are engaged in cattle ranching in the vast prairie.

22 abandoned sites you won’t believe are in Ontario

Stanley popped up in 1861 during the Cariboo Gold Rush and, according to the Cariboo Regional District, once had a population larger than that of nearby Barkerville. Today the only building still standing is the old Lightning Hotel.

Embarras was named for the river and not for the verb. The town was founded in 1913 as a siding on the Alberta Coal Branch Line. As coal locomotives made way for diesel engines in the 1960s, Embarras fell into decline.

20 most photogenic places across Canada

Bender Hamlet shows that diversity in Canada is nothing new. According to the Manitoba Government, the village was founded in 1903 as the province’s first Jewish farming colony. It was abandoned later on in 1927.

Memorial University of Newfoundland says that Exploits on Burnt Island was founded in the late 18th century and in 1874, there were more than 600 residents. The town was a mercantile centre and a base for fishing and seal hunting. People started leaving in the 1960s and today there are only seasonal residents.

According to The Canadian Encyclopedia, Tungsten was once home to the country’s largest mine producing — you guessed it — tungsten. The mine was built in 1960 just outside Nahanni National Park Reserve, one of the most beautiful places in Canada, according to Slice. However, the town was deserted in 1986.

20 stunning landscapes you won’t believe are in Canada

Lemieux, Ontario was founded in 1850, and began as a mill town and farming community. According to Ontario Abandoned Places, the town was abandoned quite recently: between 1989 and 1991. The reason was that the soil on which the town was built made it vulnerable to landslides.

Dawson City is one of Canada’s hidden gems. It’s also the nearest community to the oldest town in the Yukon: Forty Mile. According to the Yukon Government, Forty Mile was founded in the 1880s after gold was discovered nearby. In its boom years, Forty Mile had a reputation as wild as Dawson City’s: among the businesses here were 10 saloons and several distilleries.

20 surreal places to visit in Canada

Redwater may seem like just another ghost town, but it actually harbours a grisly past. According to Ontario Abandoned Places, in 1909 the local telegraph operator was brutally beaten and died while telegraphing for help. The town was abandoned by the 1950s after the Redwater Sawmill closed down.

Saguenay Fjord National Park is one of Slice’s best places to visit in July. While you’re in the area, you may want to visit Val-Jalbert too. Founded in 1901 and abandoned in 1927 when the local pulp mill closed down, the town was preserved and today operates as a living-history site.

15 Canadian road trips you need to take at least once

According to Ontario Abandoned Places, Altona was founded in the early 1800s when Mennonites moved there from Pennsylvania. The Mennonite Church in Altona was built in 1852. Today there are still churches, schools, a general store and some homes but most of the buildings have been boarded up and abandoned.

About 6 kilometres from Whitehouse along the Yukon River is a fascinating interactive archaeological site. The Canadian Encyclopedia says that from 1897 to 1900, Canyon City was one of Yukon’s most important transportation centres. It served as one end of the Canyon and Whitehouse Rapids Tramway, meaning that most travellers heading to and from the Klondike gold-mining fields likely passed through Canyon City back in the day.

Related: The best hiking trails across every province in 2021.

There are plenty of Canadian camping spots to choose from but not many are on the site of an abandoned town. The New Yarmouth Campsite in the Cape Chignecto Provincial Park was once a farming community complete with a schoolhouse, but it was abandoned by the 1950s.

I Have 2 Questions For You (Motivational Video) Fearless Motivation
The Rise of RockyNoHands | The Gamer Who Can Beat You At FortNite With His Mouth | #goalcast
Four Priorities for Talent Acquisition Leaders in 2023 (i4cp login required)
The Choice We All Have , But Only a Few Apply It | Joe Dispenza
This Is How You Become the Best Version of Yourself in One Step | James Lawrence | Goalcast