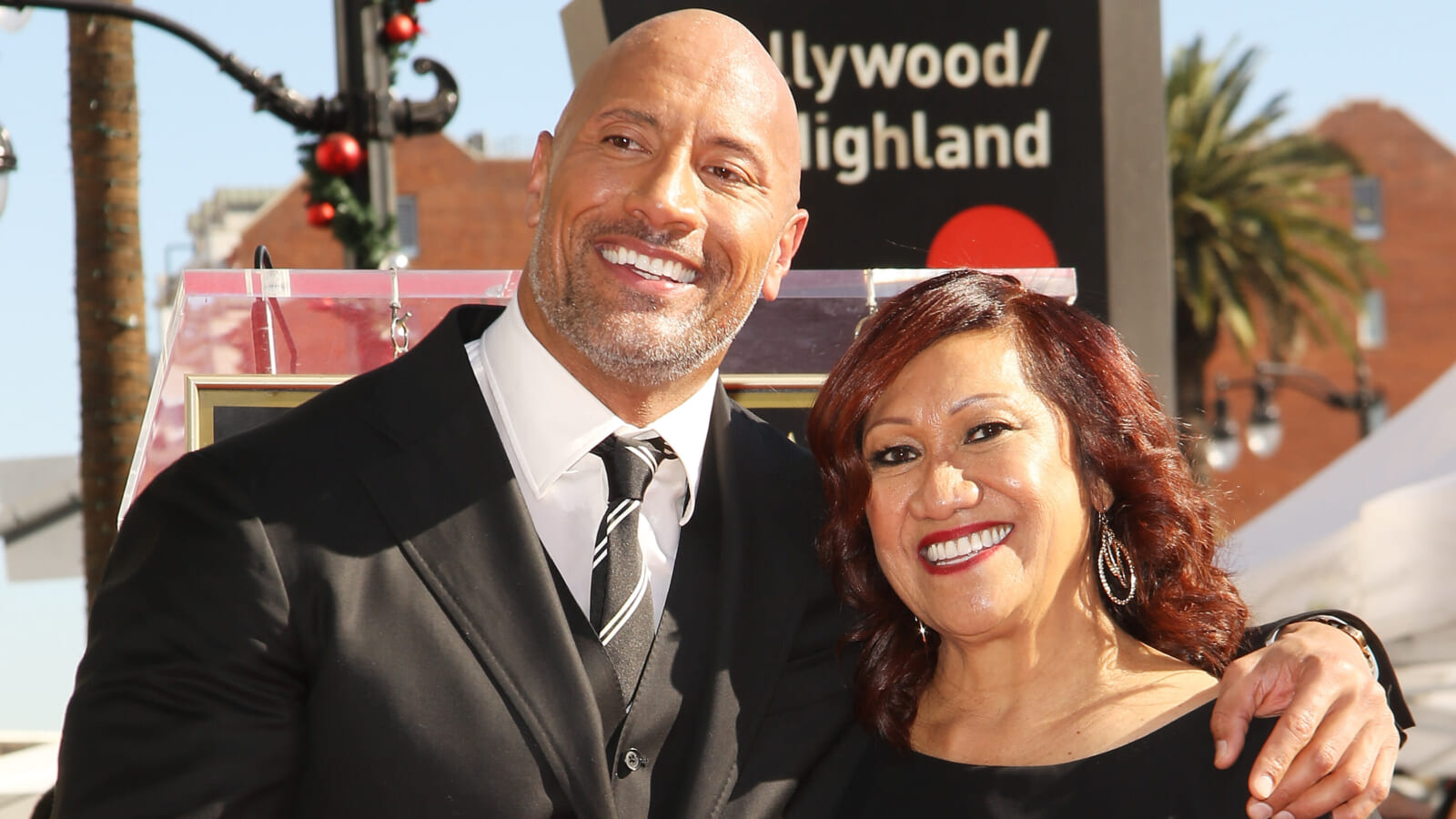 That’s why Dwayne Johnson, a.k.a. The Rock, has made a point of speaking out about mental health in recent years, including this very personal story that proves no matter how successful or well-off you are, mental illness doesn’t discriminate.

How Dwayne ‘The Rock’ Johnson Saved His Mother’s Life

In an Instagram post from February 2018, The Rock shared a still from his HBO series Ballers. In it, he is dressed in character and standing at his fictional brother’s grave with a beer in his hand in honor of his sibling’s memory. William (played by Donovan Carter) had died by suicide and it was a deeply personal moment for Johnson.

“Got me thinkin’ though bout how many of us have been affected by suicide of our friends, family. Struggle and pain is real. We’ve all been there on some level or another,” the notorious family man wrote in the caption.

RELATED: ‘The Rock’ Surprises Man Who Took Him In When He Was Homeless With A $30K Truck

“My mom tried to check out when I was 15. She had a glazed look over her eyes that I had never seen before and she walks right into the middle of I-65, and continues to walk down into oncoming traffic. Big rigs and cars swerving outta the way not to hit her. I grabbed her and pulled her back on the gravel shoulder of the road,” he continued.

Johnson revealed to this day his mother, Ata Johnson, has no recollection of that moment and it’s probably best that she doesn’t.

Why The Rock Believes Speaking Up About Mental Health Is Integral

The Rock has also opened up about his own struggles with mental health in the past, which fans have always related to and appreciated. For Johnson, it’s important to speak up when you need help and to remember you’re not alone.

“We all go thru the sludge/shit and depression never discriminates,” he wrote on Twitter in 2018. “Took me a long time to realize it but the key is to not be afraid to open up. Especially us dudes have a tendency to keep it in. You’re not alone.”

RELATED: The Rock’s Daughter Is Following In His Footsteps – But There’s One Thing He Never Wants For Her

In the post about his mother, Johnson also reminded fans about the importance of paying attention to loved ones, practicing active listening, and not brushing someone’s feelings or hurt away.

“Help ‘em thru it, get ‘em talkin’ about the struggle and remind ‘em that they’re not alone. We got lucky that day when I was 15 and that ain’t always the case,” he concluded.

We always gotta do our best to really pay attention when people are in pain.

How The Rock Proved That Mental Health Matters

It can be hard to know whether a loved one is struggling with their mental health if they’re not ready to talk about it, but there are some common mental illness signs you can look for. According to the National Alliance on Mental Health those include:

If you do believe a loved one needs help, don’t be afraid to reach out. Learn all you can about mental health, look for local resources, or if you or someone you know needs immediate help, call 911.

It’s also important to speak openly about your experiences if you’re able to. The Rock proved we’re all in this together, and the more we talk about mental health the more we can help to destigmatize it.