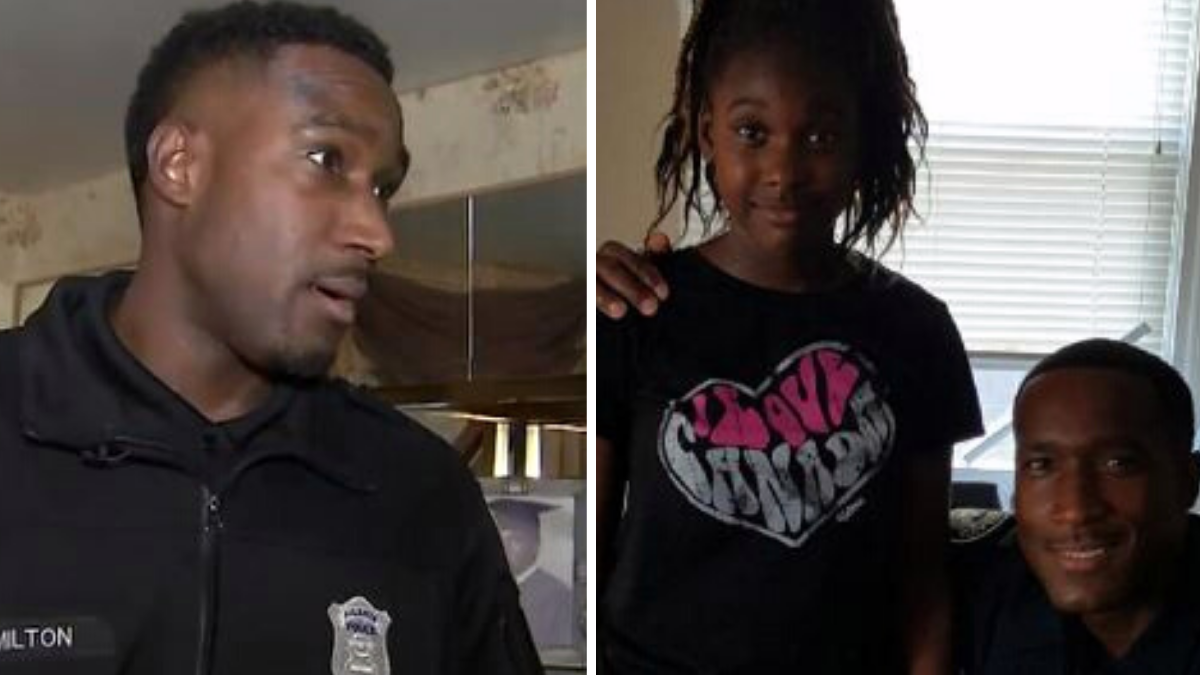 Less than one week into his new job, Atlanta Police Officer Che Milton got a call for a robbery. When he arrived at the scene, he didn’t find a thief but a desperate 12-year-old girl.

The young girl had attempted to shoplift a $2 pair of shoes that she planned to give to her little sister. Her family of seven could not afford to buy the children new shoes, but she wanted to surprise her 5-year-old sister with a pair.

As the girl explained this to Officer Milton at the dollar store where she was caught, she started to cry. She was the oldest of her five siblings and bore the weight of taking care of them.

A family in need

Milton did not punish the girl, but instead offered to drive her home. The house was located in a low-income, sometimes dangerous neighbourhood, but the inside was not much better than the outside. Bedsheets were strewn on the floor because the family did not have enough beds for all of the children. A couch was the only piece of furniture and the kitchen contained no food. The girl’s mother, Mrs. Staple, told the officer that her husband traveled for work and did not make much money and the family could not afford daycare so Mrs. Staple had to stay home with the children and couldn’t get a job.

I saw the conditions. There was no food in the house and the kids were there.

After seeing the house in such disarray, Milton wanted to help. He ordered four large pizzas for the family to share and called the Georgia division of Family and Children Services to connect the Staples with a social worker. Milton didn’t stop there; he continued to return to the house with clothing and baby items.

It’s definitely been a blessing. It’s like a prayer was answered through him.

The Atlanta Police Department shared Milton’s story with a post on Facebook. Despite the message not asking for donations, many users flocked to the comments asking how they could help.

This outreach led the department to publishing another post, this time sharing specifics for how people could donate. The post included the children’s and mother’s clothing sizes; called for diapers, wipes, blankets, and furniture donations; and offered to take the donations at the police station.

The way that Officer Milton handled this incident showed that not only is he here to enforce the law but also to go the extra mile and be a bigger part of the community he is policing.

Due to Milton’s compassion and kindness, the Staple family received an influx of much needed items. Milton could have merely reprimanded the young girl and left it at that; instead, he took the extra time to learn her story. His empathy and patience helped the shoplifter more than a punishment ever could and reminds us not to jump to conclusions about others but give them the benefit out of the doubt. They might surprise you, and give you the opportunity to lend a hand.

“Compassion is to look beyond our own pain and see the pain of others.” – Yasmin Mogahed